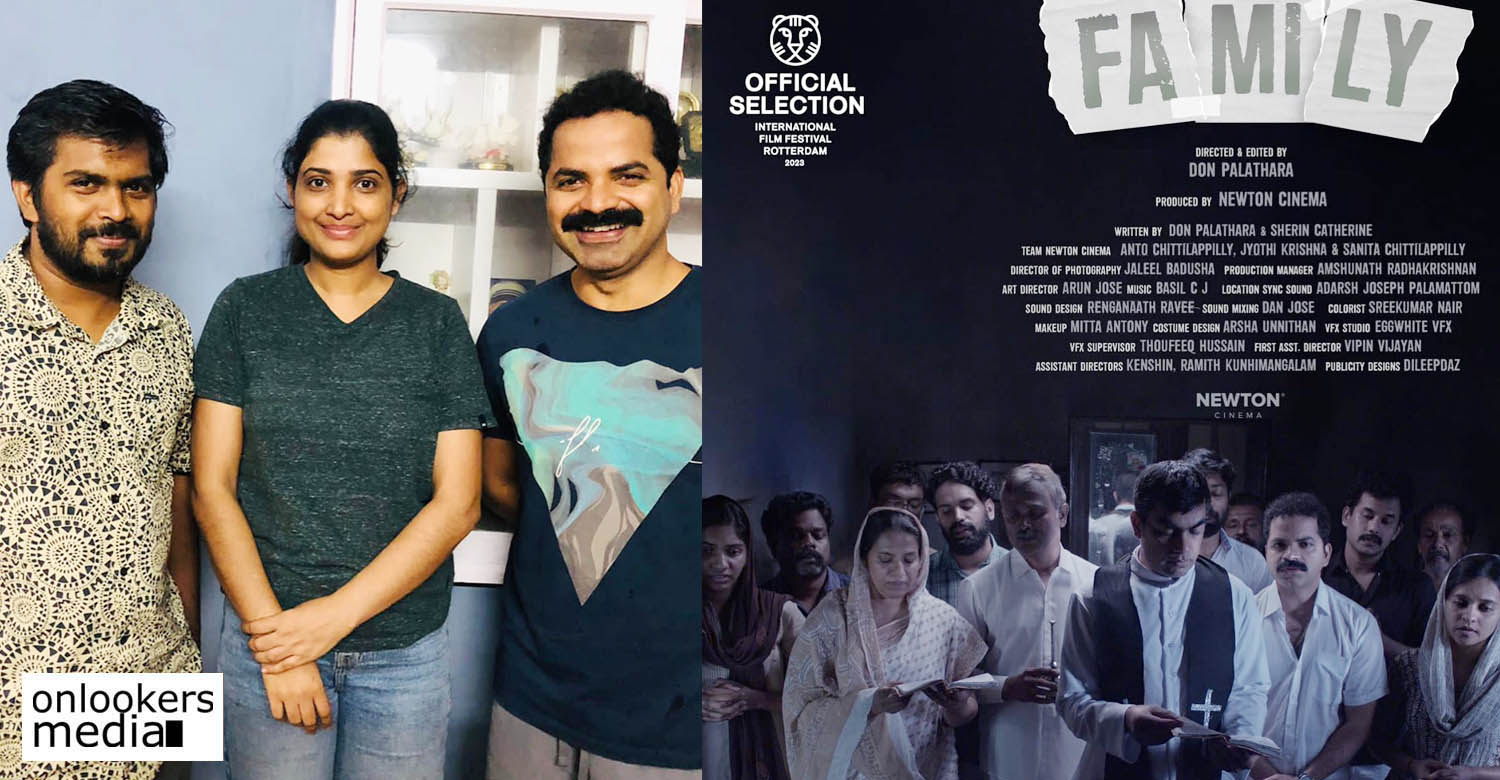 Acclaimed filmmaker Don Palathara’s new film ‘Family’ has been picked for screening at the International Film Festival Rotterdam. The film will have its world premiere at the prestigious festival. Earlier in 2021, Don Palathara’s ‘Everything Is Cinema’ was also screened at IFFR.

The director took social media to make the announcement about Family getting selected for IFFR. He has written,

Honoured to share the news of
FAMILY being an official selection at International Film Festival Rotterdam. I am grateful to everyone who has been a part of this journey, from my producer Newton Cinema to IFFR for kickstarting FAMILY’s journey as soon as the film is made. Thanks and congratulations to the entire cast and crew of the film.

Family, scripted by Don and his partner Sherine Catherine, is a social drama with a tinge of dark comedy. Set in Idukki, the film revolves around an affluent family and the power hierarchies within. Vinay Forrt, Mathew Thomas, Divyaprabha, Aarsha Chandini Baiju and Nilja K Baby play the major roles in the film.