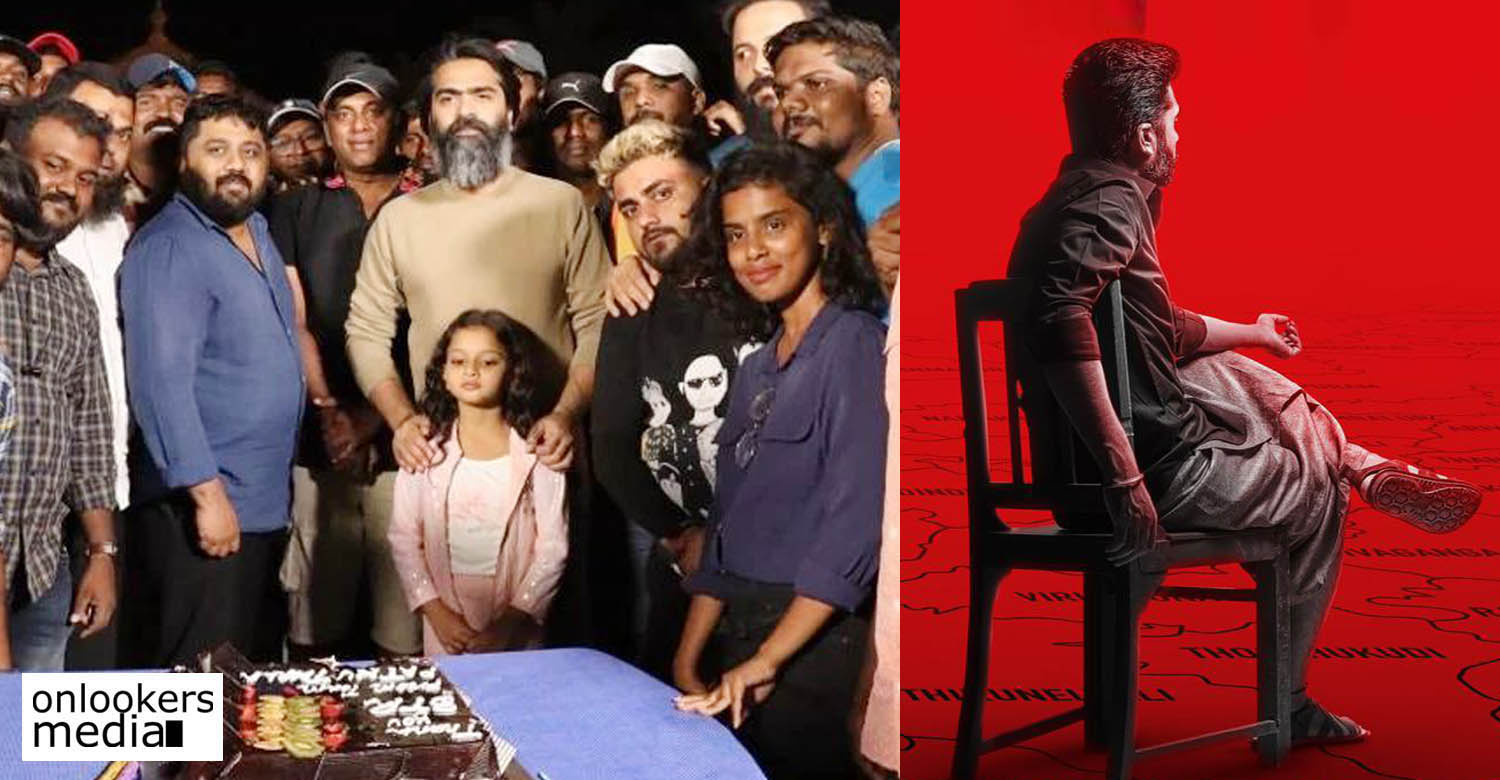 We had earlier told you about Simbu and Gautham Karthik starring in ‘Pathu Thala’. Directed by Obeli N Krishna of ‘Sillunu Oru Kaadhal’ and ‘Nedunchalai’ fame, the film’s shoot got completed last day.

‘Pathu Thala’ is the official remake of blockbuster Kannada film ‘Mufti’. While the original had Shivarajkumar in the lead role of a gangster, Simbu does the role in the Tamil version. Gautham Karthik reprises the character played by Sriimurali. Interestingly, the original’s director Narathan was supposed to direct ‘Pathu Thala’ also, but he opted out after a few days of shoot due to creative differences.

‘Pathu Thala’ has Gautham Vasudev Menon as the antagonist. Priya Bhavani Shankar and Malayalam actress Anu Sithara are the female leads. The film which has music by AR Rahman, is produced by KE Gnanavel Raja.