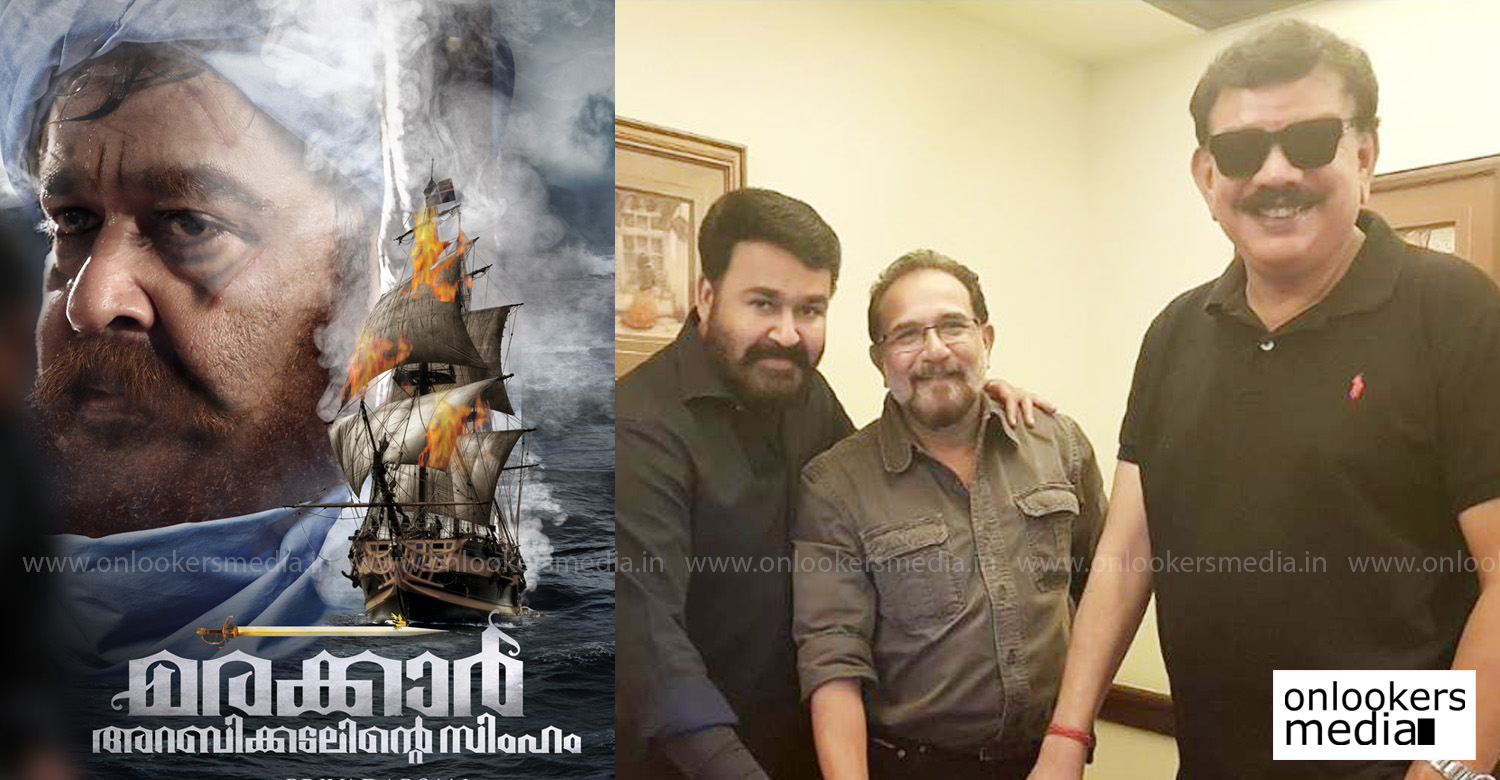 Marakkar: Arabikadalinte Simham to be wrapped up in a single schedule of 100 days!

As reported by us earlier, shoot for ‘Marakkar: Arabikadalinte Simham’ is progressing at a brisk pace in Ramoji Rao Film City, Hyderabad. The period flick helmed by Priyadarshan went on floors earlier this month. Major portions of the movie will be shot in the film city. Lead actor Mohanlal joined the team only recently. As per reports, the makers are planning to wrap up the entire shoot in a single schedule lasting 100 days.

If things go as per plans, entire shoot will be completed by next March. Director Priyadarshan had revealed that the movie will be hitting screens only in 2020 as the movie demands extensive post-production. According to him, maximum attention will be given to the post-production works, which will be mostly done abroad.

Marakkar: Arabikadalinte Simham is an epic movie is based on the life of Kunjali Marakkar IV. Kunjali Marakkar was the title given to the naval chief of Zamorin of Calicut in the 16th century, whose duty was to protect the coast against the invading Portuguese army. Priyadarshan and IV Sasi’s son Ani Sasi have scripted the movie.

Mohanlal plays the lead character of the fourth Marakkar and his son Pranav is essaying the younger part of his character. Though the makers are yet to make an official announcement, reports suggest that the cast comprises of Arjun Sarja, Suniel Shetty, Mukesh, Madhu, Keerthy Suresh, Kalyani Priyadarshan, Manju Warrier and Pooja Kumar. Few British and Chinese actors will also be seen in the movie.

Production designer Sabu Cyril, cinematographer Tirru and editor MS Ayyappan Nair are part of the technical crew. Said to be the biggest Malayalam film in terms of production values, Marakkar.. has been planned to be made on a budget of around Rs 100 crores. Mohanlal’s Aashirvad Cinemas, Confident Group and Moonshot Entertainment are coming together for its production.

‘Yatra’ director Mahi Raghav’s next is with Vishal and Nani
Suresh Gopi also part of Vikram’s Mahavir Karna?
To Top