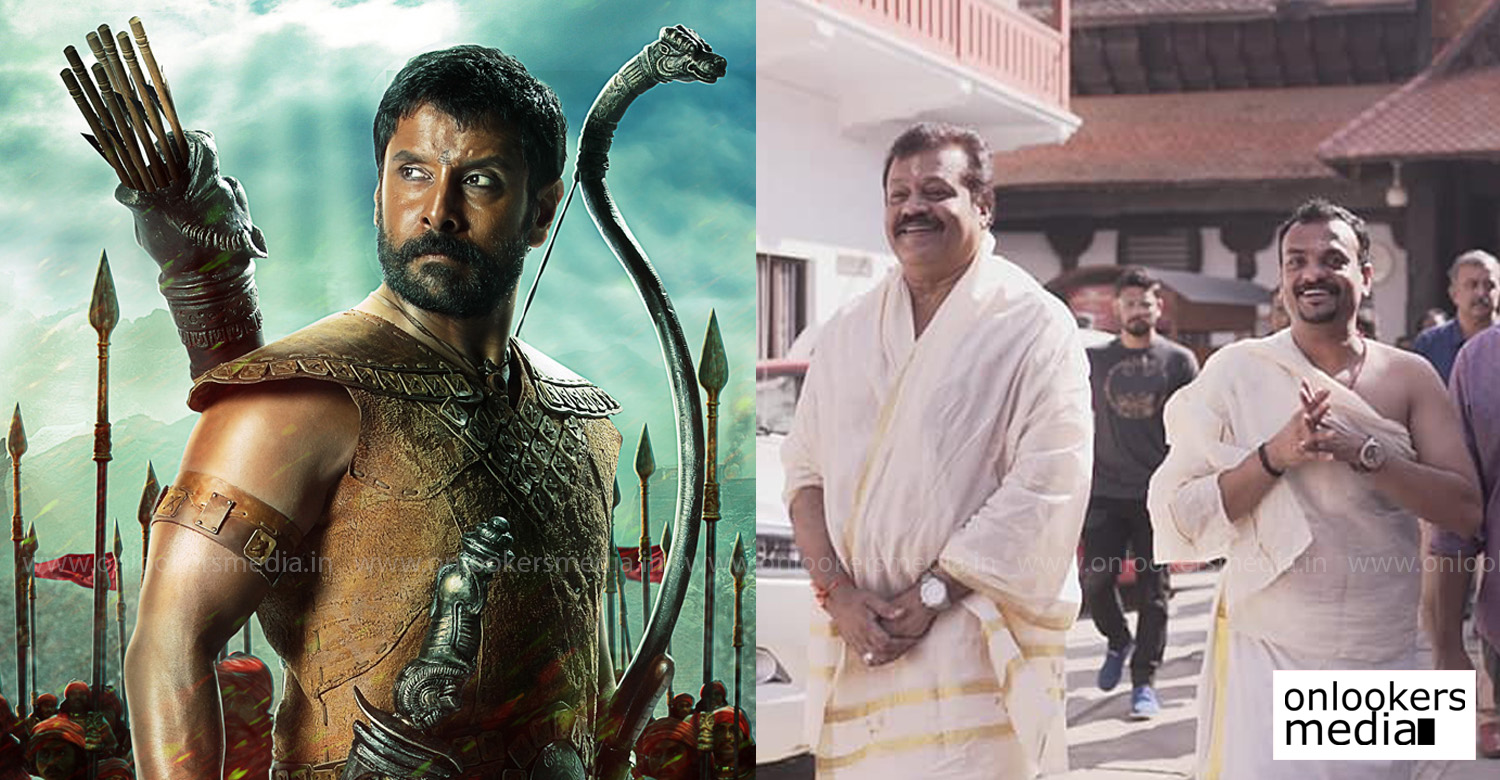 As we already know, director RS Vimal of ‘Ennu Ninte Moideen’ fame is teaming up with Vikram for an ambitious film on the mythological figure Karnan. The movie titled ‘Mahavir Karna’ has been planned as a bilingual in Hindi and Tamil, and will later be dubbed to other languages. The makers are planning to go on floors by January. Prior to that, a global launch has been planned where the cast and crew will be announced. A New York based production house United Film Kingdom is backing this film.

Since it is a mega-budget project, it is most likely to have several top stars from Indian cinema and Hollywood as part of the cast. Latest buzz is that Malayali actor Suresh Gopi has been signed to play a major role in the movie. It is worth a mention that Suresh Gopi had recently acted with Vikram in ‘I’. The former was also present for the pooja ceremony of ‘Mahavir Karna’, which was held in Sree Padmanabha Swamy temple in Thiruvananthapuram.

RS Vimal has scripted ‘Mahavir Karna’ based on the Indian epic Mahabharatha. The movie will be a retelling of the Mahabharatha from Karnan’s point of view. The epic has scope for several prominent characters and it will be interesting to see what role Suresh Gopi will be playing. Meanwhile, Vikram is in the process of undergoing a physical transformation for the film. Since his character Karna is a warrior, the actor is developing a ripped physique besides training in horse riding and other related activities.

Marakkar: Arabikadalinte Simham to be wrapped up in a single schedule of 100 days!
Check out this new poster of Vijay Superum Pournamiyum
To Top