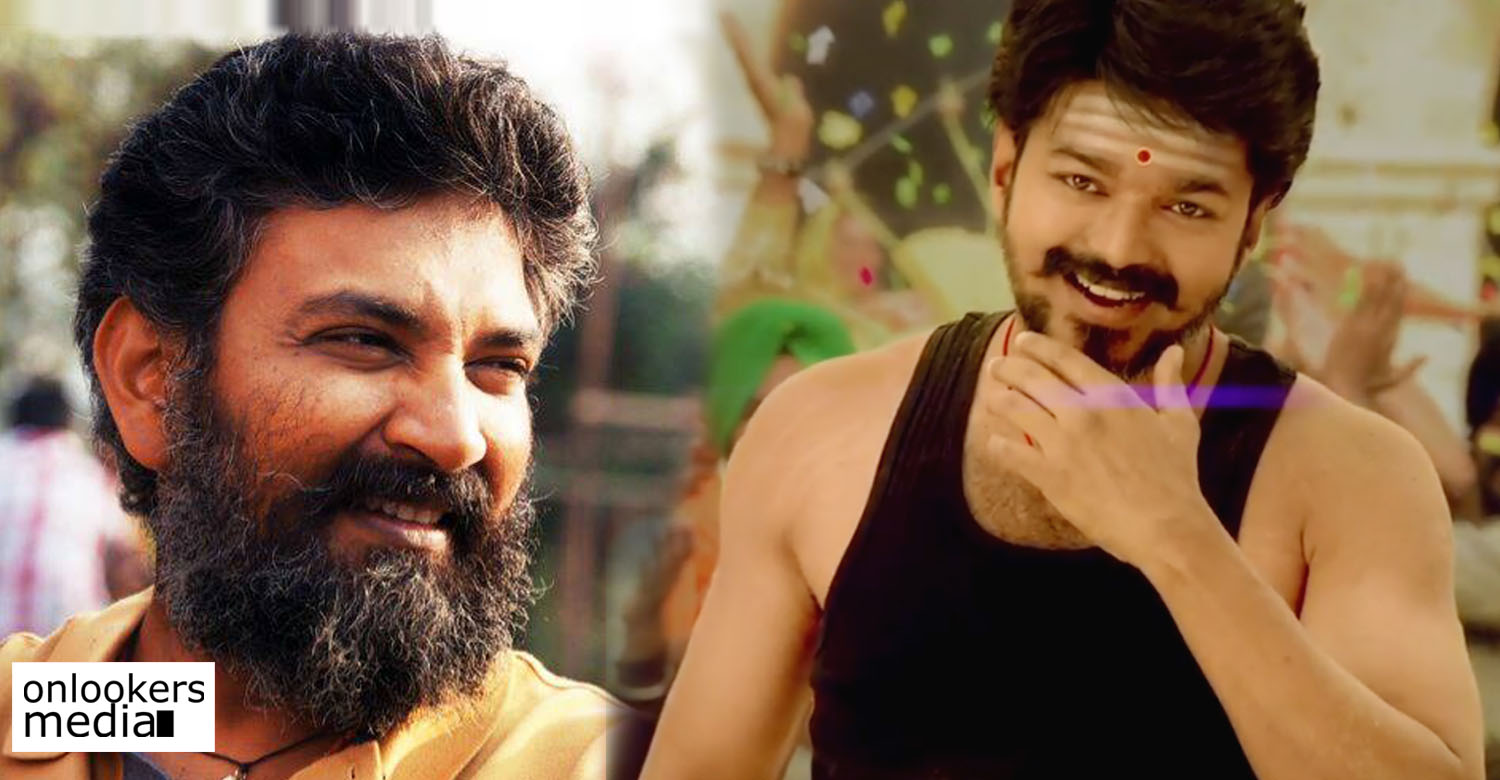 Vijay’s Mersal is set to release for Diwali, this coming month, and the makers have already started the promotional works. Fans as well as the common audience are eagerly looking forward to Mersal, which looks like a pucca-mass entertainer. Director Atlee is teaming up with Vijay once again after the success of Theri and he will hoping to repeat the same with Mersal also.

Mersal is special for more than one reason. The movie is coming out as Sri Thenandal Films’ 100th venture. This year also marks the 25th anniversary of both AR Rahman and Vijay in the film industry. Vijay is playing a triple role for the first time in his career which further adds up to the expecations.

Baahubali director SS Rajamouli was all praise for Mersal in a recent interaction. The director will be unveiling the teaser of Mersal’s Telugu version today. The ace filmmaker spoke about Mersal, Vijay, Atlee and AR Rahman in a quick 30 second video. He said,

“This is the 100th film for the massive production company Thenandal Studio Limited. It is being done by two legends who are in their 25th year. Both AR Rahman sir and Vijay sir under Atlee sir’s direction. A fantastic film with a fantastic combination which I am sure will be a fantastic hit.”

SS Rajamouli has a connection with Mersal as his father and Baahuabli’s co-writer Vijayendra Prasad has helmed the movie’s screenwriting along with Atlee and Ramana Girivasan.

Samantha, Kajal Agarwal and Nithya Menen play the three female leads in the movie. SJ Suryah, Sathyaraj, Vadivelu, Sathyan, Kovai Sarala and Yogi Babu are also part of the cast. The movie promises to be a wonderful entertainer with the right proportion of all necessary commercial elements.

Prithviraj was the first choice for Vishal’s character in Villain: B Unnikrishnan
Kamal Haasan-Shankar team’s Indian 2 officially announced
To Top