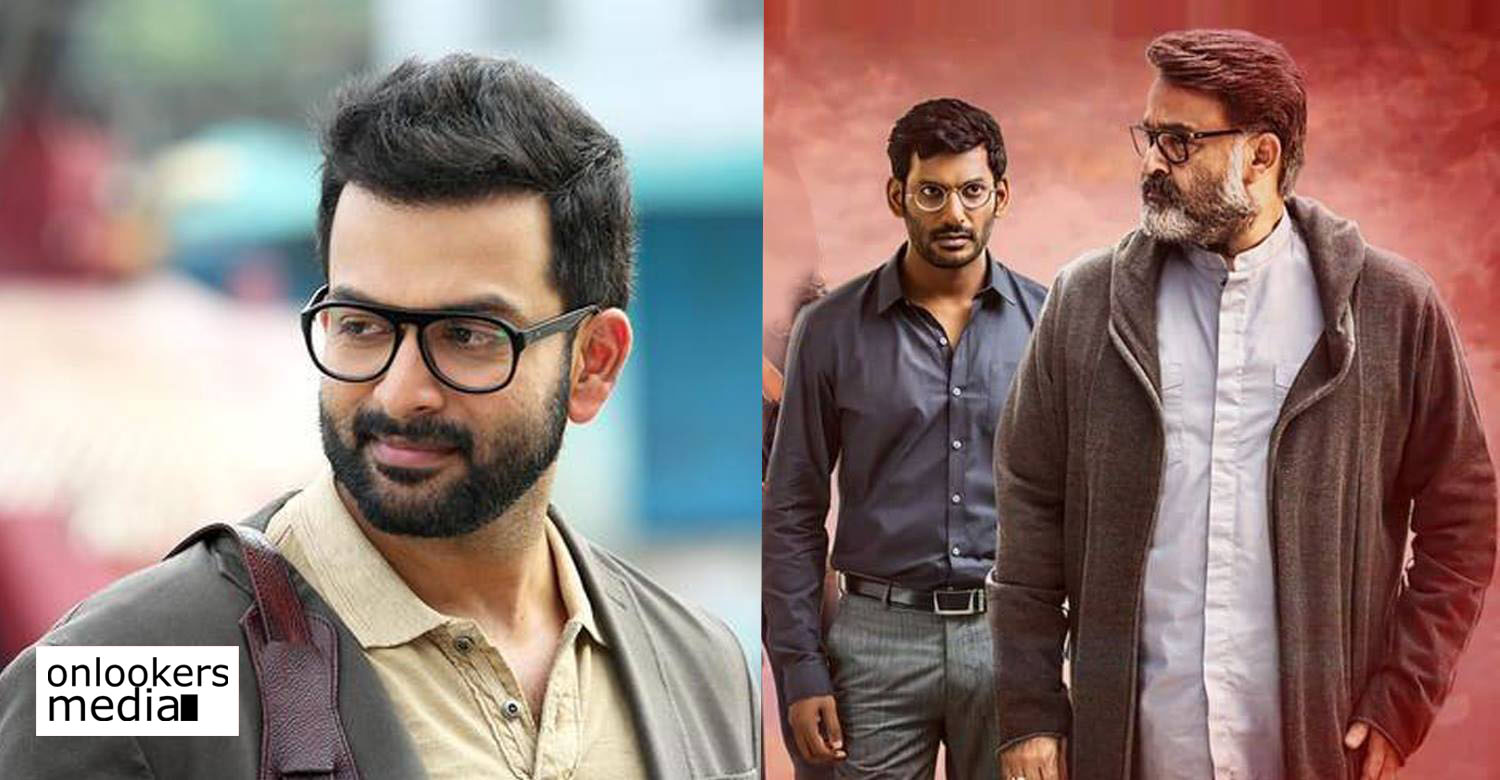 Prithviraj was the first choice for Vishal’s character in Villain: B Unnikrishnan

Mohanlal’s Villain has been in the making for sometime now and is finally slated to hit screens next month. It is one of the most awaited movies of the season and there are quite a few reasons for that. The involvement of a huge banner like Rockline Films, the star-studded cast and the sheer scale at which it is being made has enhanced the expectation levels of the audience.

Popular south Indian actors Vishal, Hansika Motwani, Srikanth and Raashi Khanna are making their Mollywood debut with this movie. Vishal is reportedly playing the role of a doctor in the movie. It is believed that he is playing a grey shaded character in Villain.

Recently, director B Unnikrishnan revealed that Vishal was not the initial choice to play this pivotal character. During the scripting stages, the director had Prithviraj in mind as he wanted a clash of the equals. He wanted Prithvi to be pitted opposite Mohanlal. However, the actor was busy with shooting abroad and had other prior commitments. Later, Prithvi himself suggested the director to find a suitable replacement.

Apparently, Vishal committed to act in Villain after squeezing in dates from his busy schedule. He pushed the shoot of couple of his films to be a part of Villain as he was very much impressed by his character and B Unnikrishnan’s script.

Ramesh Pisharody’s directorial debut to star Jayaram and Kunchacko Boban in the lead roles
Mersal is a fantastic film with a fantastic combination which I’m sure will be a fantastic hit: SS Rajamouli
To Top