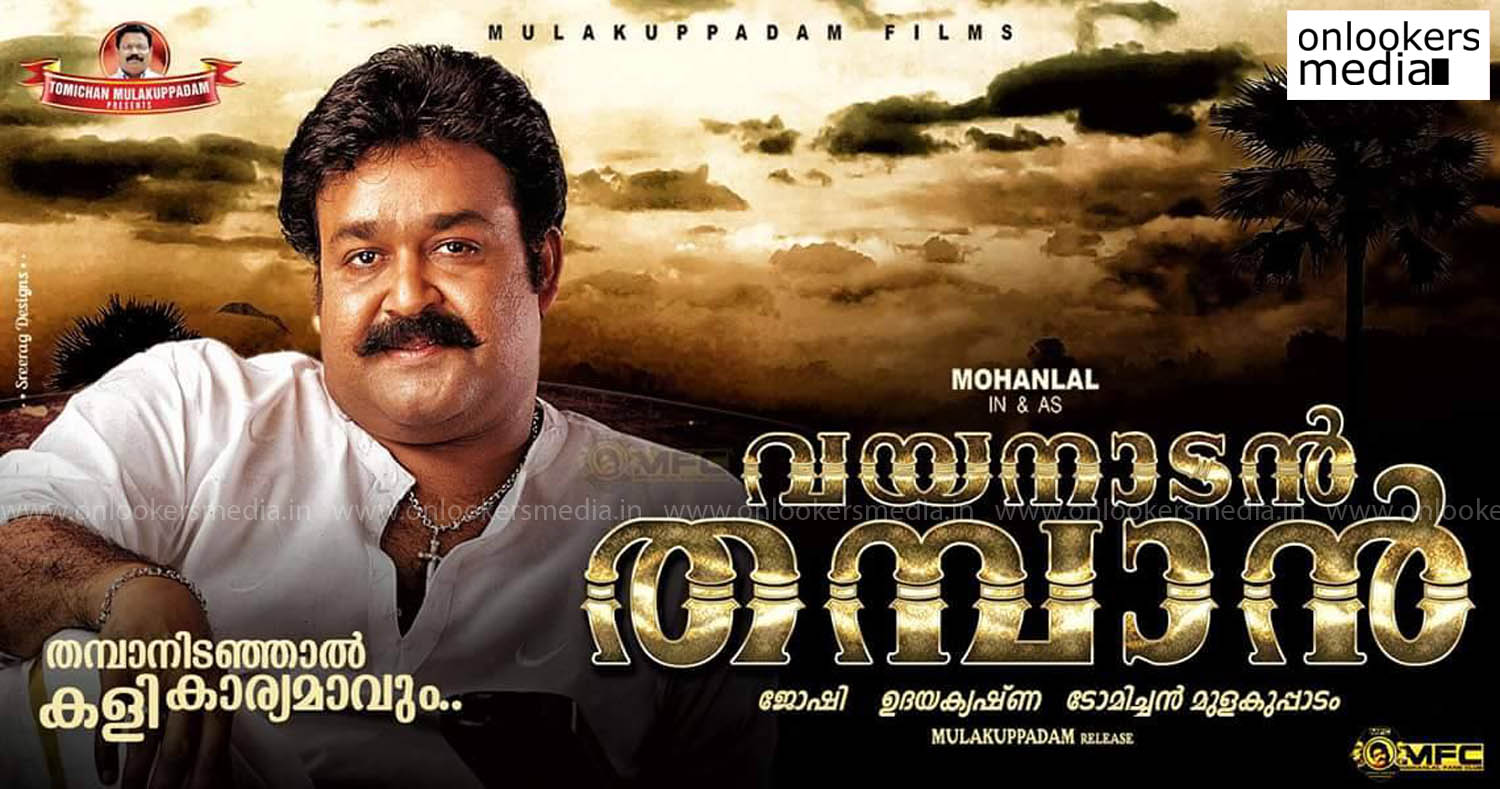 Superstar Mohanlal has some highly exciting projects waiting in the pipeline. Post the record breaking success of Pulimurugan, Mohanlal has been very selective and most of his upcoming movies are big budget entertainers that have the potential to set the cash registers ringing.

Latest we hear is that Mohanlal will be teaming up with veteran filmmaker Joshiy for a mass entertainer speculated to be titled as Wayanadan Thamban. Reportedly, Pulimurugan scribe Udhayakrishna will be scripting this movie. The reports are yet to be confirmed but if such a project materializes, several existing records will be put at stake.

Joshiy, one of the most senior most directors in Mollywood, has teamed up with Mohanlal in the past to script many blockbusters like No 20 Madras Mail, Naran, Twenty 20, Christian Brothers etc. However, their last two movies- Lokpal and Laila O Lala were collosal failures.

Udhayakrishna is currently working on Mammootty’s upcoming movie with Rajadhiraja fame Ajai Vasudev. After that he will be scripting another Mammootty starrer Raja 2, Pokkiriraja’s spin off directed by Vysakh.

Mohanlal, meanwhile is busy shooting for B Unnikrishnan’s Villain. He will join the sets of Odiyan, a big budget fantasy drama, by the end of May. Ad filmmaker VA Shrikumar Menon is helming this movie scripted by National award winner Harikrishnan.