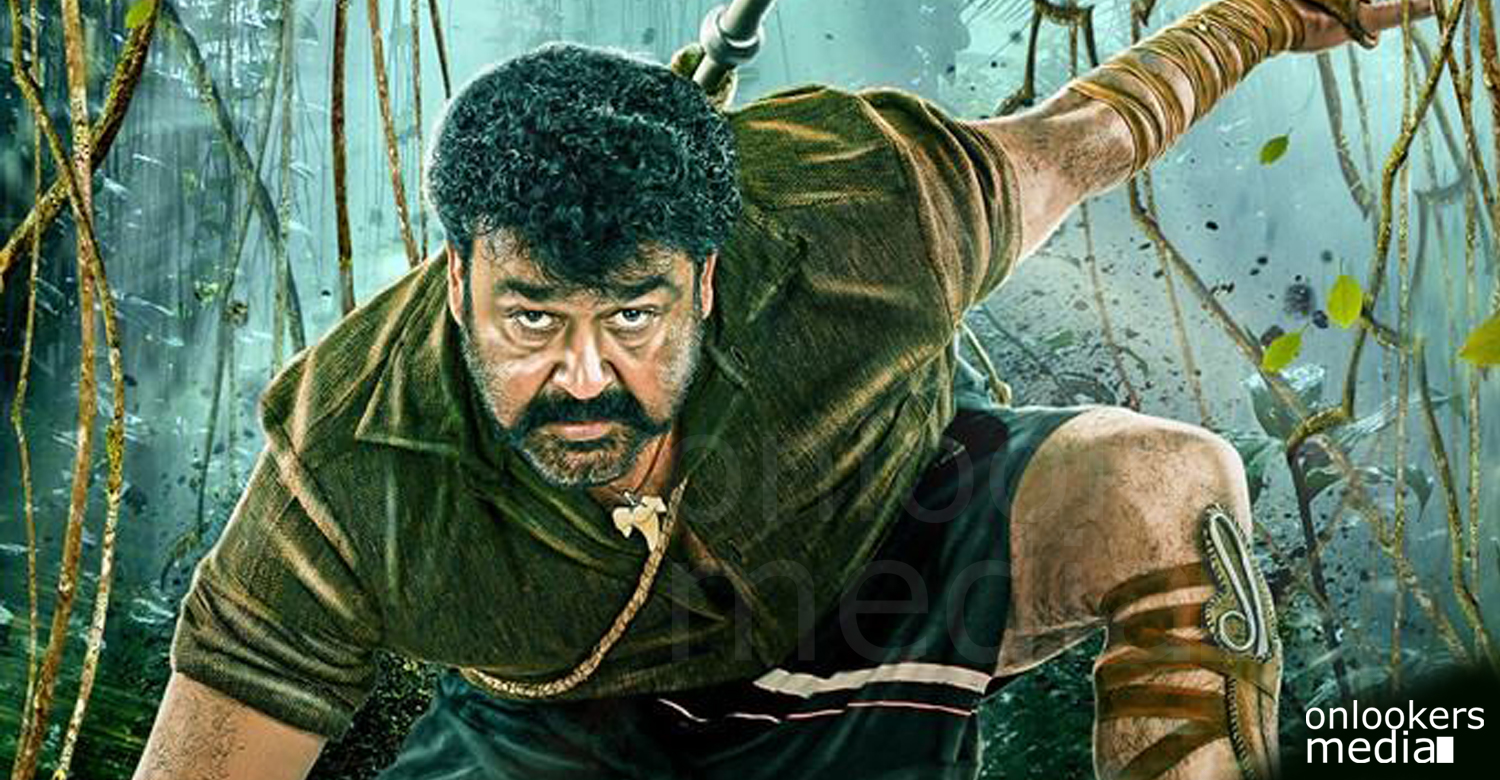 Pulimurugan, without much doubt we can say that this has been the most anticipated Malayalam movie from the time of its announcement and you all know what may be the reason for that. Yes, you guessed right, Its Mohanlal. That name is enough for each and every film lover here in Kerala to wait for a film and if that film is a big one then the hype will go to a height which other actors here can only think of in their dreams.

This project directed by hit maker Vysakh and scripted by Udaya Krishna, who was a part of one of the most successful script writing duos Mollywood ever, is all set to hit the screens in the coming April/May. The film is produced by Tomichan Mulakupadam under his own banner of Mulakupadam films. The film said to have more than 125 days of shooting as it has a big canvas and Mohanlal had given close to his 100 days for the shoot of the film. The film now had a final schedule before pack up and reports coming in that it will have an 18 days extended climax shoot as it will be shot in a grand scale.

Mohanlal who is working now in a Telugu Film named Manamantha will join the sets of Puli Murugan on 17th January as per reports. There are reports that they will shoot the film in Banghok as well. Peter Hein, who is the stunt master of this film had reportedly said that this is the most challenging film after Bahubali, when it comes to the work he had put in. There is much importance to VFX in this film and that is why the climax shoot will require 18 days. Peter Hein had posted the photos with the tigers they are using in the film from Banghok. The film will have equal importance to human and animal emotions.

This is said to be one of the biggest films ever made in Mollywood and in Mohanlal’s career as well. The look of Mohanlal in the film is already going viral all around Kerala, specially, in Social Media.

Prithviraj Sukumaran’s 4 films to run at the same time in theaters from this Friday
There is less chance that I take that risk again, says Dulquer Salmaan
To Top