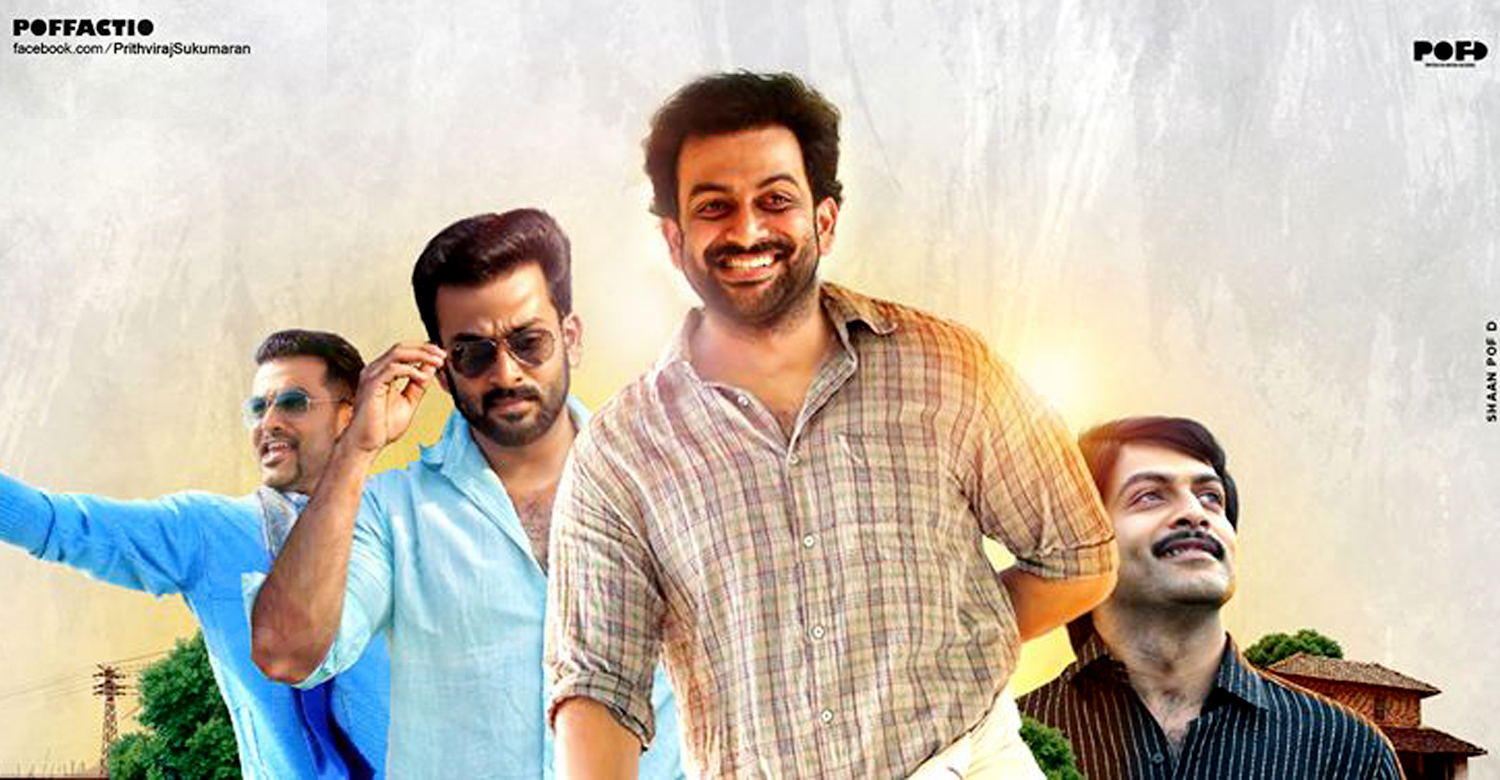 On January 14th, Prithviraj’s first release in this New Year will come and its Pavada directed by Marthandan and scripted by Bipin Chandran. The film is produced by Maniyanpilla Raju and it is his 10th production venture as well and second one with Prithviraj in the lead. But there is a very interesting thing going to happen from this Friday when Pavada releases in theaters here in Kerala. When it releases, it’s going to be 4 films starring Prithviraj will be running in the theaters in Kerala at the same time.

Ennu Ninte Moideen, Amar Akbar Antony, Anarkkali etc will be the 3 other films along with Pavada which comes this week. Ennu Ninte Moideen which had become the second biggest grosser from Kerala right behind Mohanlal’s Drishyam had relaesed on September 21st 2015. Even though it had almost terminated from the A class theaters here, it is still running in B and C class theaters in Kerala.

Amar Akbar Antony which also become one of the mega blockbuster in Mollywood had released on October 16th, last year and it is still running in some A class theaters along with B and C classes along with Ennu Ninte Moideen. The 3rd one is Anarkkali, which had become a super hit in box office is still running in some A class releasing centers and will continue its run in B and C class screens as Pavada arrives on A class releasing centers from this Friday.

This will be phenomenal for any actor to have his 4 films running in the theaters here at the same time. Earlier in 1980’s and early 1990’s, Mammootty and Mohanlal films were played like this in Kerala as their multiple films, may be more than 4 films ran in Kerala at the same time. But that was a time when Mammootty and Mohanlal  does plenty of films in a year. So Prithviraj’s achievement now is really phenomenal as a star a now-a-days does a maximum of 5-6 films in an year and that too very rare.