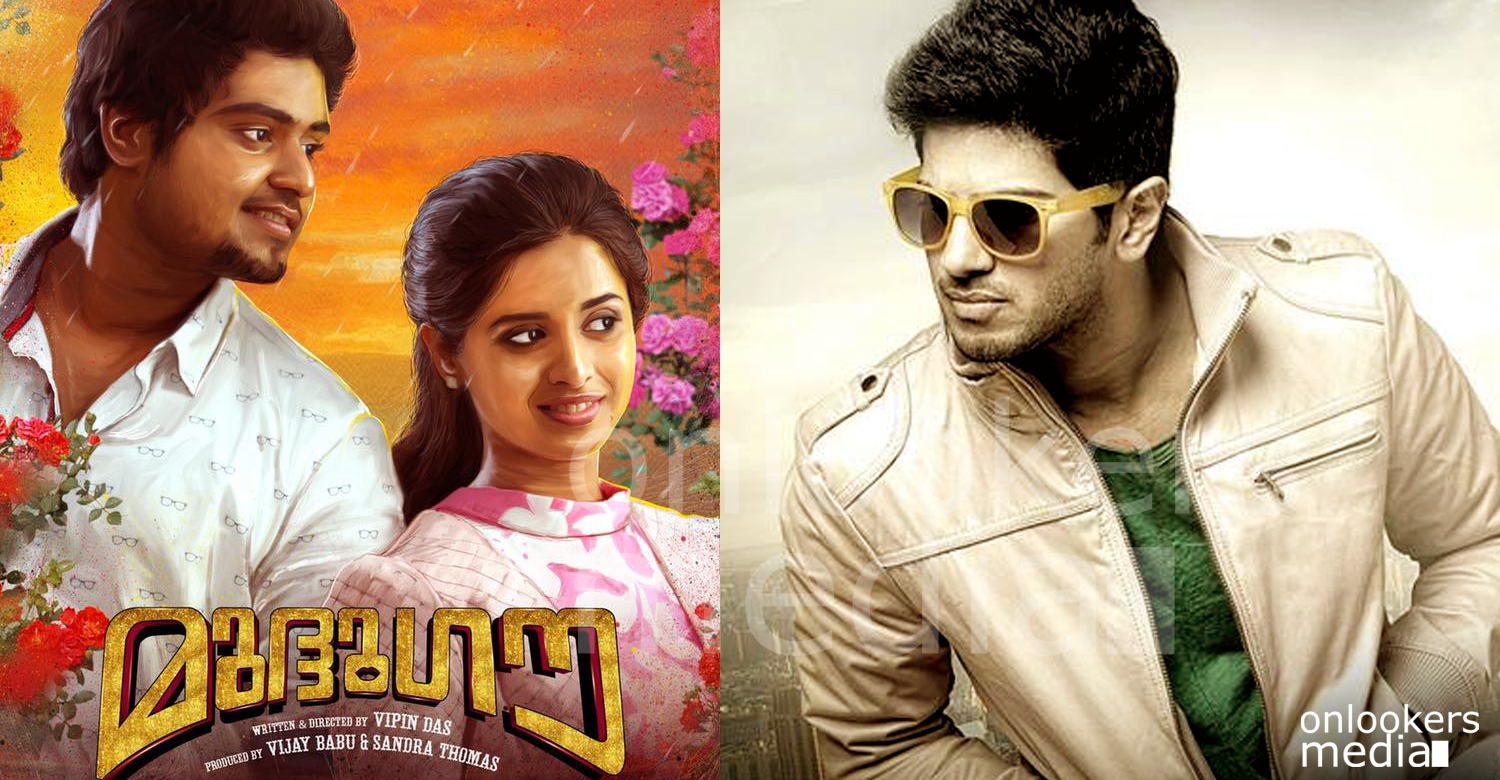 Mudhugauv : Dulquer given his voice for Gokul Suresh movie

Super Star Suresh Gopi’s son Gokul Suresh had made his debut in Mollywood with the film Mudhugauv, which released today all over. It was directed by newcomer Vipin Das and produced jointly by Friday Film house and Carnival motion pictures. Mudhugauv is a comedy-romance entertainer with some thrilling elements and superb performance from all artists.

Another interesting feature of the film is that it was young super star Dulquer Salmaan who lend his voice to narrate the story of this film. The film begins and ends with the narration by Dulquer Salmaan and audience receiving it with claps.

Mudhugauv is getting highly positive reviews from all over. Audience receiving each and every comedy scenes in the movie with claps and they are appreciating Gokul Suresh for is superb show as Bharath. He was cool and his performance was so charming. He looks like the next big thing in Mollywood and if everything goes well, within years he will be one of the most sought after young star in Mollywood.

Artists like Vijay Babu, Soubin, Harish etc also getting great response from the audience for their terrific performance. Debutant female lead Arthana Binu also done a fantastic job and she too had made her debut a memorable one. Now the hope is that this good word of mouth will turn in to great box office collections as well.