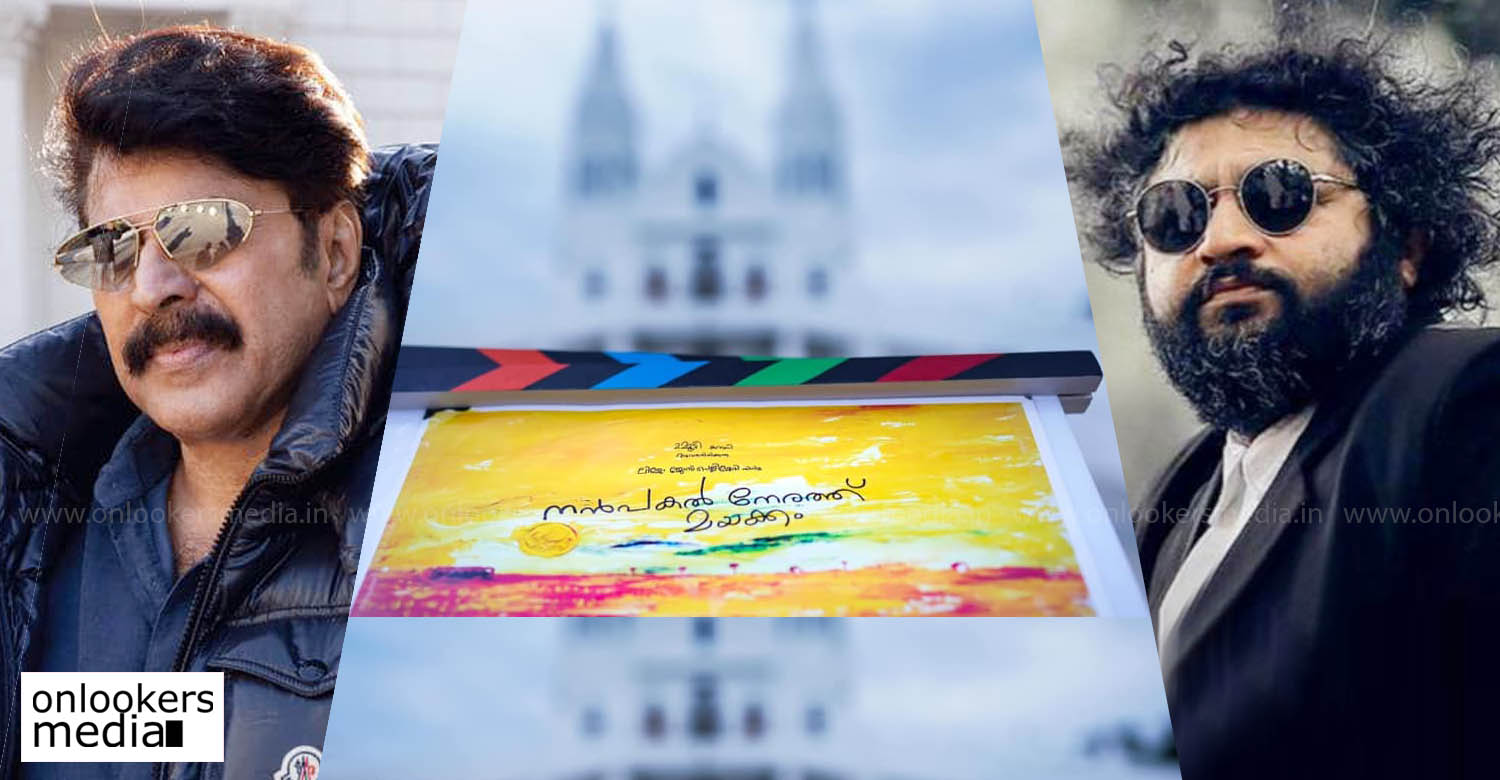 Mammootty is teaming up with director Lijo Jose Pellissery for the first time. Their new film titled ‘Nanpakal Nerathu Mayakkam’ got launched today. The megastar’s newly launched production house Mammootty Company is producing the film. More details regarding the project are expected to be out soon.

Mammootty and Lijo were supposed to work together long back. The two have been in talks for a couple of projects but nothing worked out. Apart from ‘Nanpakal Nerathu Mayakkam’, they are also likely to join hands for a short segment in the upcoming Netflix anthology based on MT Vasudevan Nair’s stories.

Meanwhile, Mammootty returned back from Hungary only recently after the first schedule of ‘Agent’, an upcoming Telugu spy-thriller starring Akhil Akkineni as the lead. The Malayalam actor is playing a prominent role in the film.

Mammootty has also completed the shoot of ‘Puzhu’ and ‘Bheeshma Parvam’. After Lijo’s film, he is expected to start works on ‘CBI 5’.