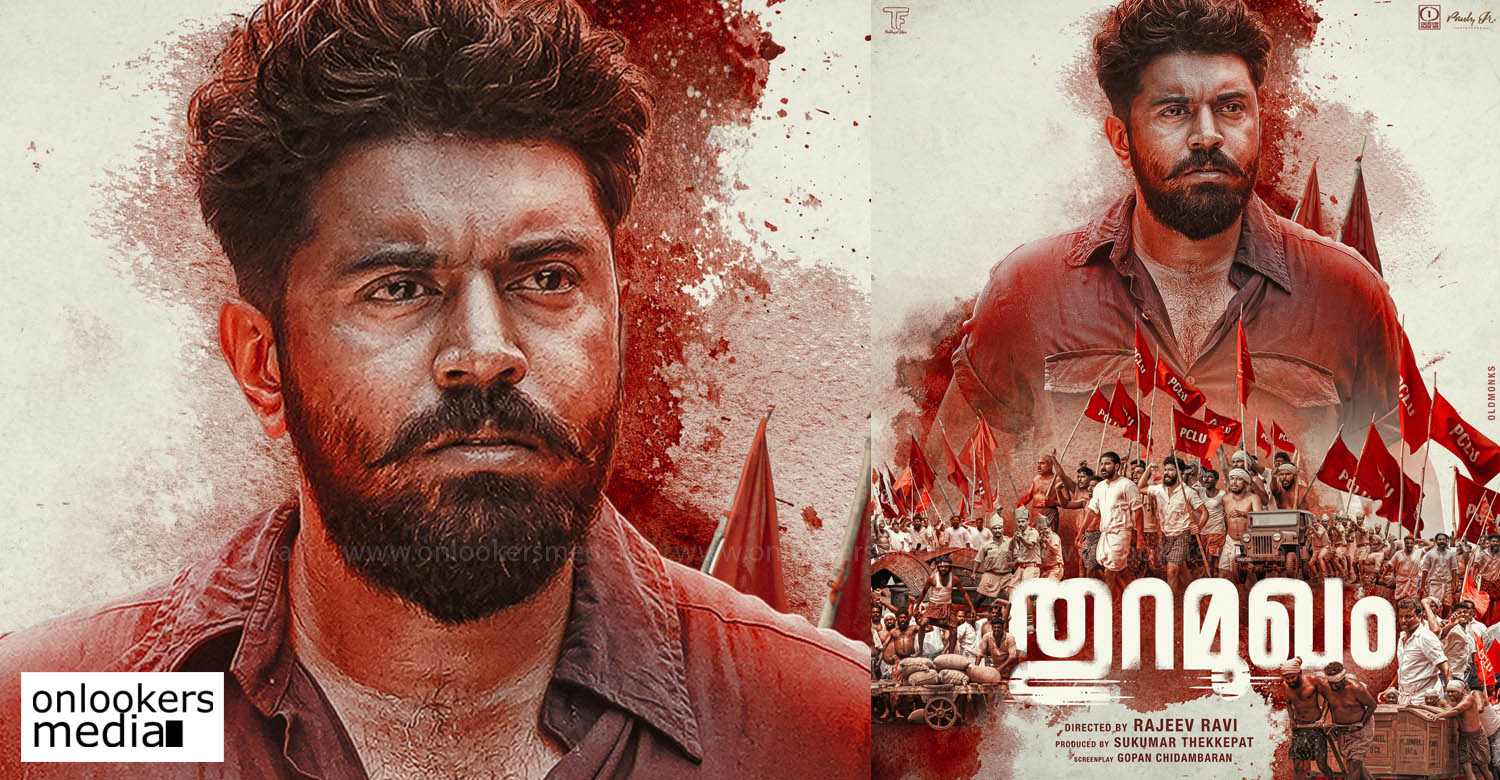 Recently on Nivin Pauly’s birthday, the makers of ‘Thuramukham’ released a special poster featuring him. Directed by Rajeev Ravi, it is a period film made on a big scale. The film has a star-studded cast comprising of Indrajith Sukumaran, Joju George, Nimisha Sajayan, Arjun Ashokan, Sudev Nair, Poornima Indrajith, Darshana Rajendran and Manikandan Achari.

‘Thuramukham’ is based on the historic protests against the inhuman ‘chappa’ system, that existed during the 1940s wherein copper coins were thrown at waiting workers in a primitive work guarantee scheme. Gopan Chidambaran has scripted the film based on his father KM Chidambaran’s play of the same name. Sukumar Thekkeppat of Mini Studio is producing the film, which has been the making for well over a year now. The makers had planned to release the film earlier this in May during the Eid season. But it wasn’t possible because of the pandemic second wave. With theatres in Kerala reopening from October 25, a new release date announcement is expected to be made anytime soon.