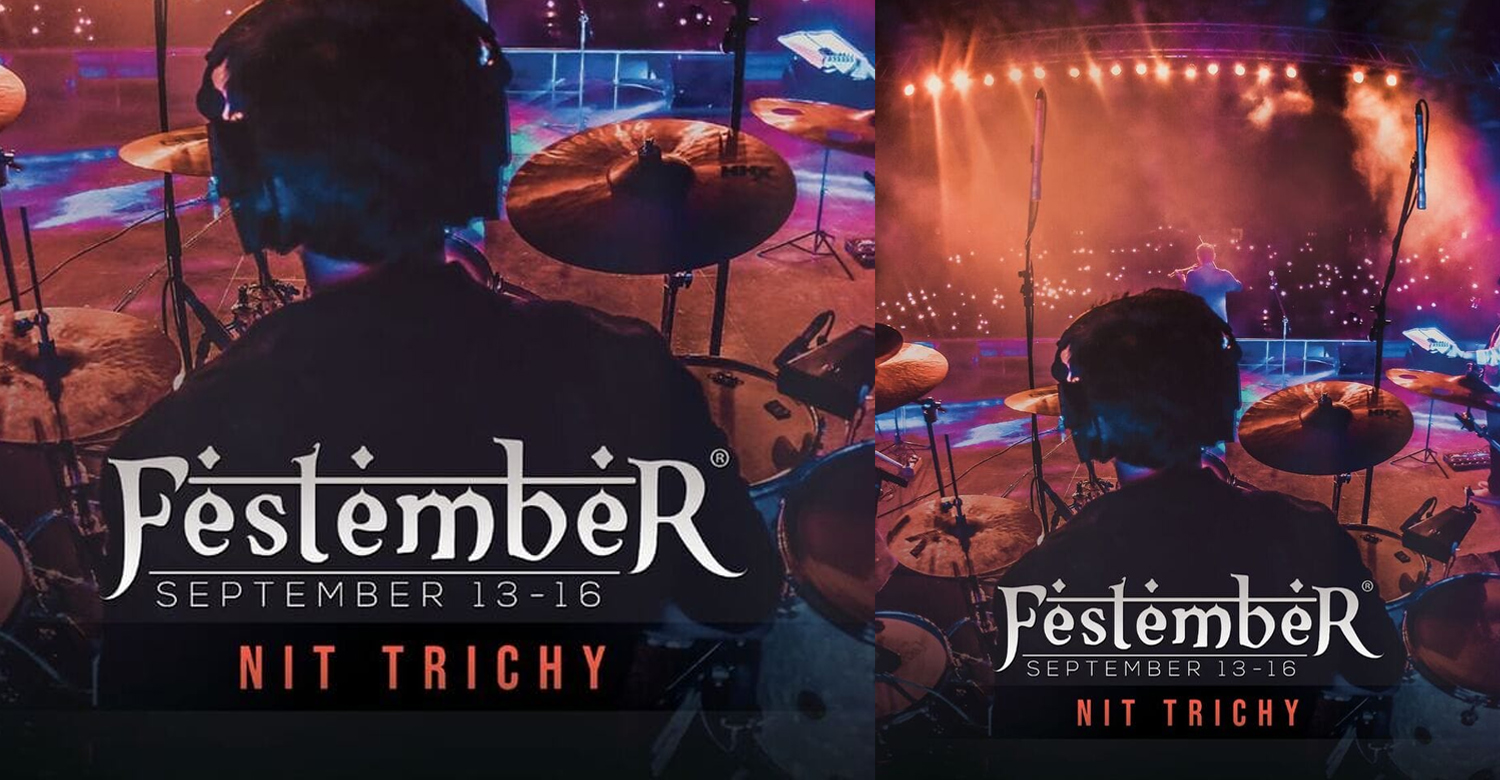 NIT Trichy’s grand fest, Festember: A Cultural Medley to be held from September 13

Taking forward a legacy of well over 40 years of jubilant celebration of the arts, music, creativityand global culture; Festember, the largest inter-collegiate cultural festival of South India hasnever failed to surprise, intrigue and inspire. Festember is the annual cultural festival of the National Institute of Technology, Tiruchirappalli also known as NIT Trichy. It is a 4 day eventusually held in the month of September. It was founded by the students of NIT Trichy in 1975 as
an all-encompassing medium of unfettered expression, and is a completely student-run fest.The fest, which had a humble beginning with a near zero budget slowly gained momentum overthe years with the help of sponsorships and collaborations. It now boasts a massive annualfootfall of more than 17,000 students from 500 colleges across the country. The logo and brandname ‘Festember’ has been trademarked since November 2017.

Ranging from the mellifluous Classical Night and the energy-fuelled EDM Night, to thebreathtaking Popular Night that blasts peppy numbers left, right and center, Festember hasseen world-class artists like Amit Trivedi, Shravan Sridhar and many more perform their inimitable shows on stage over the years. Apart from exhilarating performances from accomplished artists, Festember also plays host to a variety of inspiring personalities who recount remarkable moments in their lives, such as singers Sid Sriram, Srinivas and Unni Krishnan, directors Mahesh Dattani and Suresh Triveni, and actor Anita Ratnam.

Attendees of the extravaganza have a plethora of cuisines to indulge their taste buds as they experience an all-round sensory treat. Festember consists of a large number of events related to dance, music, drama, lits, fashion and more. Interesting workshops such as ventriloquism, mind reading, card throwing and salsa are also held, apart from a multitude of informal events.

Festember is preceded by a number of outreach events such as the Festember Football League(FFL), Gigahertz, a rock band contest, and Rolling Reels Film Festival (RRFF), a short film festival, all of which are usually held in major cities of South India. Aptly dubbed ‘A Fest to Remember’, the fest provides an excellent opportunity to make new connections and explore. The 44th edition of this adventure will serve as a voyage into the exquisite palaces and the golden sands of Arabia from the comforts of the NIT Trichy campus, as the true spirit of the Middle East is effortlessly brought to life.

Festember 2018 is set to take place from September 13th to 16th with the theme for the year as ‘An Arabian Odyssey’ and will be witness to 4 nights of vibrant hues, exotic cuisines and unforgettable emotions.