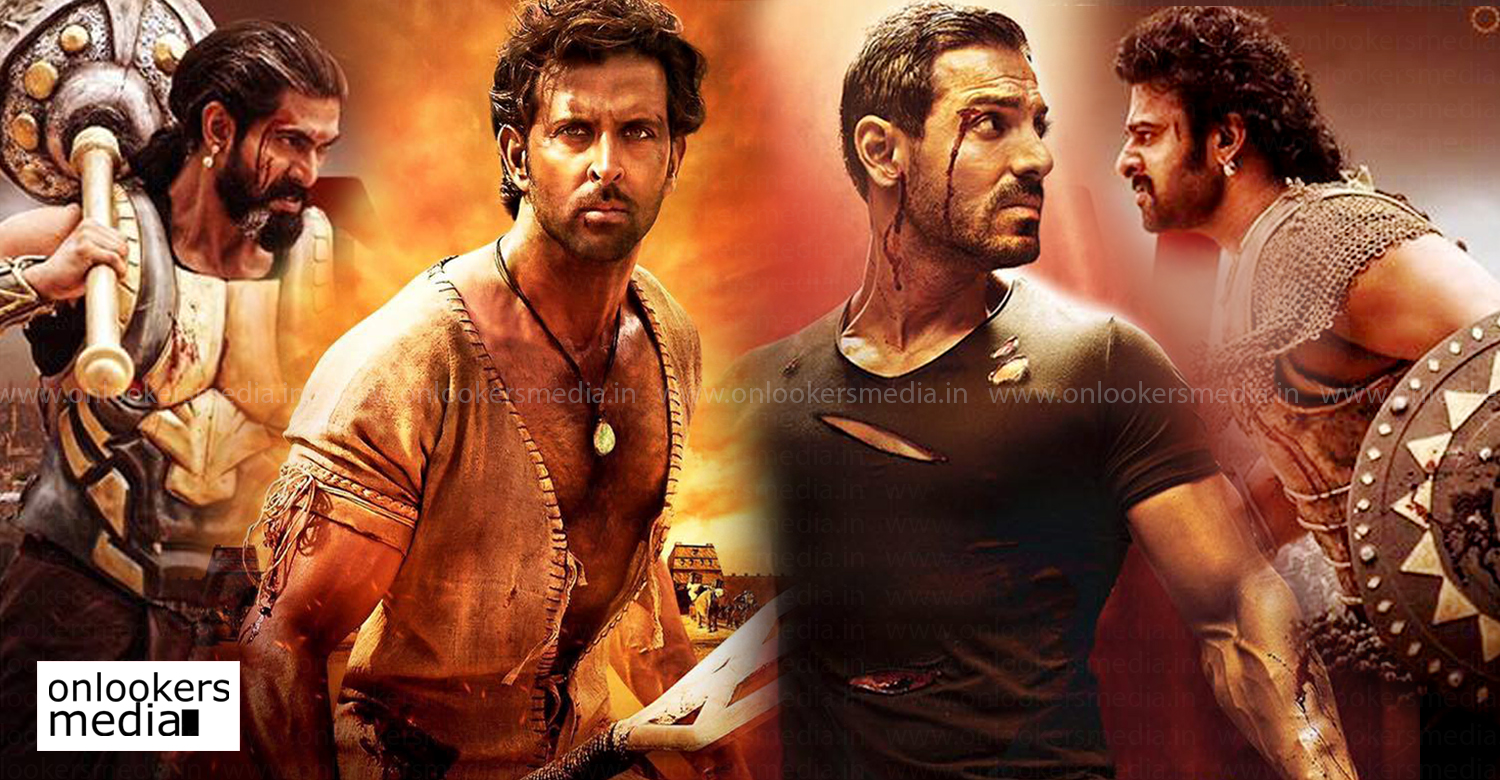 Not Prabhas and Rana, Hrithik Roshan and John Abraham were the original choices for Baahubali

Baahubali is the current talk in Indian cinema. The sequel, Baahubali 2: The Conclusion is doing humongous business, the kind which is unprecedented for an Indian movie. Within 10 days of it’s release, it has crossed the 1000 crore mark in the worldwide box office. SS Rajamouli’s action epic saga is widely regarded the pride of Indian cinema.

The lead actors Prabhas and Rana Daggubati breathed life into Rajamouli’s vision. The former kept aside almost five years for this one of a kind movie. But not many know that Rajamouli wanted two Bollywood stars for the Hindi version of the movie.

It is reported that the director wanted to cast John Abraham and Hrithik Roshan to essay the lead roles. The basic plot of Baahubali is the rivalry between two brothers- Mahendra Baahubali and Bhallaladeva. Baahubali is a do-gooder and the favorite of the Mahishmati natives while Bhallaladeva is evil and tries all possible ways to become the kingdom’s emperor. Rest of the plot revolves around these two central characters.

Both Baahubali and Bhallaladeva are hugely strong warriors. Hence it is evident why Rajamouli wanted John Abraham and Hrithik Roshan to portray the lead roles in the Hindi version. Unfortunately, both the actors turned down the offers as they were not ready to allot months for a single project.

Rajamouli later decided against the idea of making a separate Hindi version and instead released a dubbed version. He collaborated with Karan Johar for the distribution of the Hindi version. That proved to be a masterstroke as the sequel’s Hindi version alone has become a massive blockbuster raking in more than 300 crores from the worldwide box office.

Prabhas and Rana Daggubati are now hugely popular faces across the country thanks to the massive success of Baahubali. If the reports are true, Hrithik and John Abraham will be repenting their decision to turn down the offer to be part of Indian cinema’s biggest ever blockbuster.