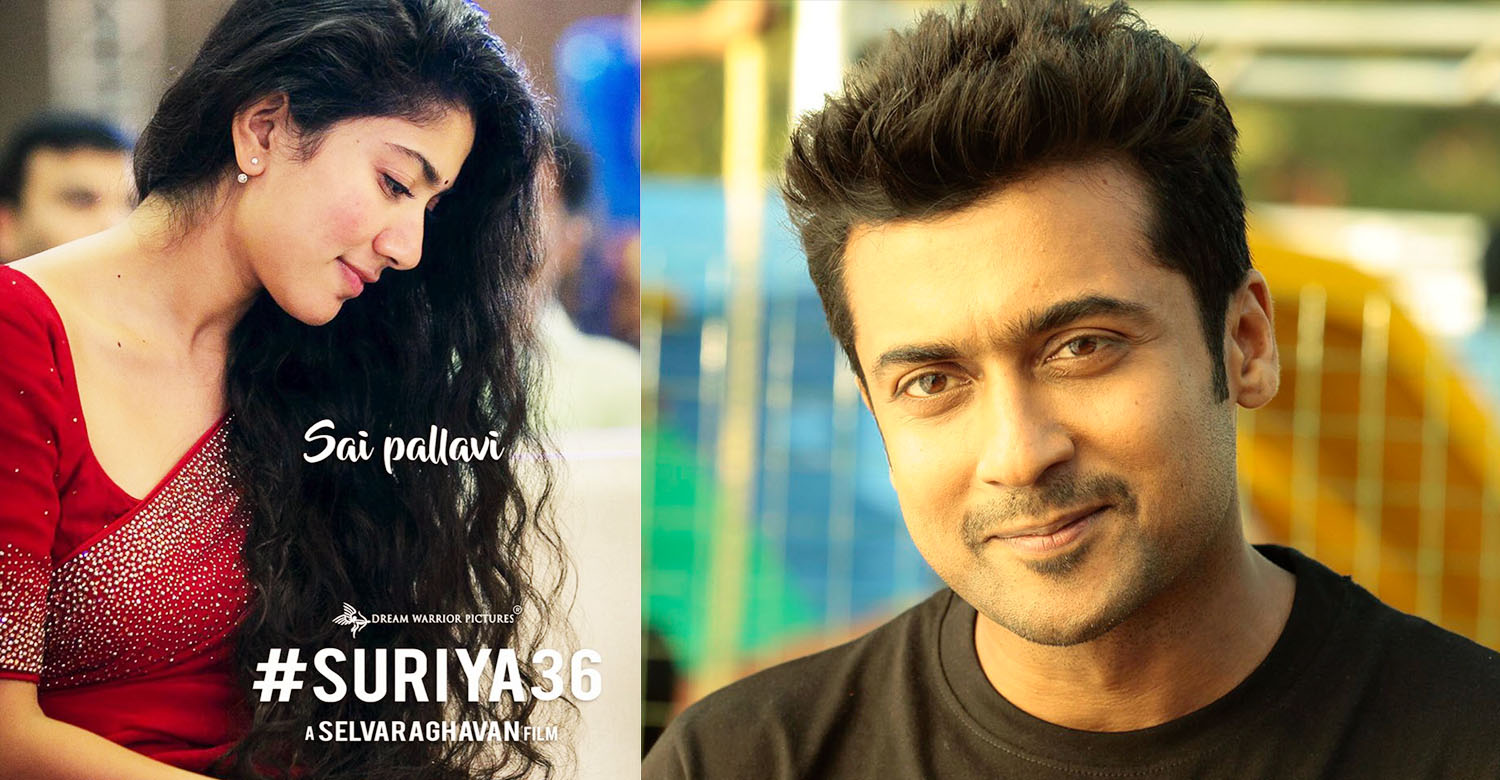 Official: Sai Pallavi to play the female lead in Suriya’s next

As we had earlier reported, Suriya’s (Suriya36) next after the upcoming Thaana Serntha Koottam is with ace filmmaker Selvaraghavan. This is their first film together and expectations are huge among the audience. This film is being produced by one of Kollywood’s leading banners, Dream Warrior Pictures.

Sai Pallavi’s is a very interesting casting as heroines in all Selvaraghavan movies have had great scope for performance. She has already proved her mettle as a capable actress with her acting in movies like Kali and Fidaa. Her debut film Premam made her hugely popular among the South Indian audience with her character Malar winning scores of fans for her. With Suriya’s film, the talented actress is sure to make her way to the top league of heroines.

Director Selvaraghavan is currently busy with the pre-production works of this upcoming movie. Recently, he had said that he never enjoyed scripting a film as much he did for this film. An official announcement with details regarding the title and other cast and crew members is expected to be made very soon.

Stay tuned to this space for more updates on Suriya 36.