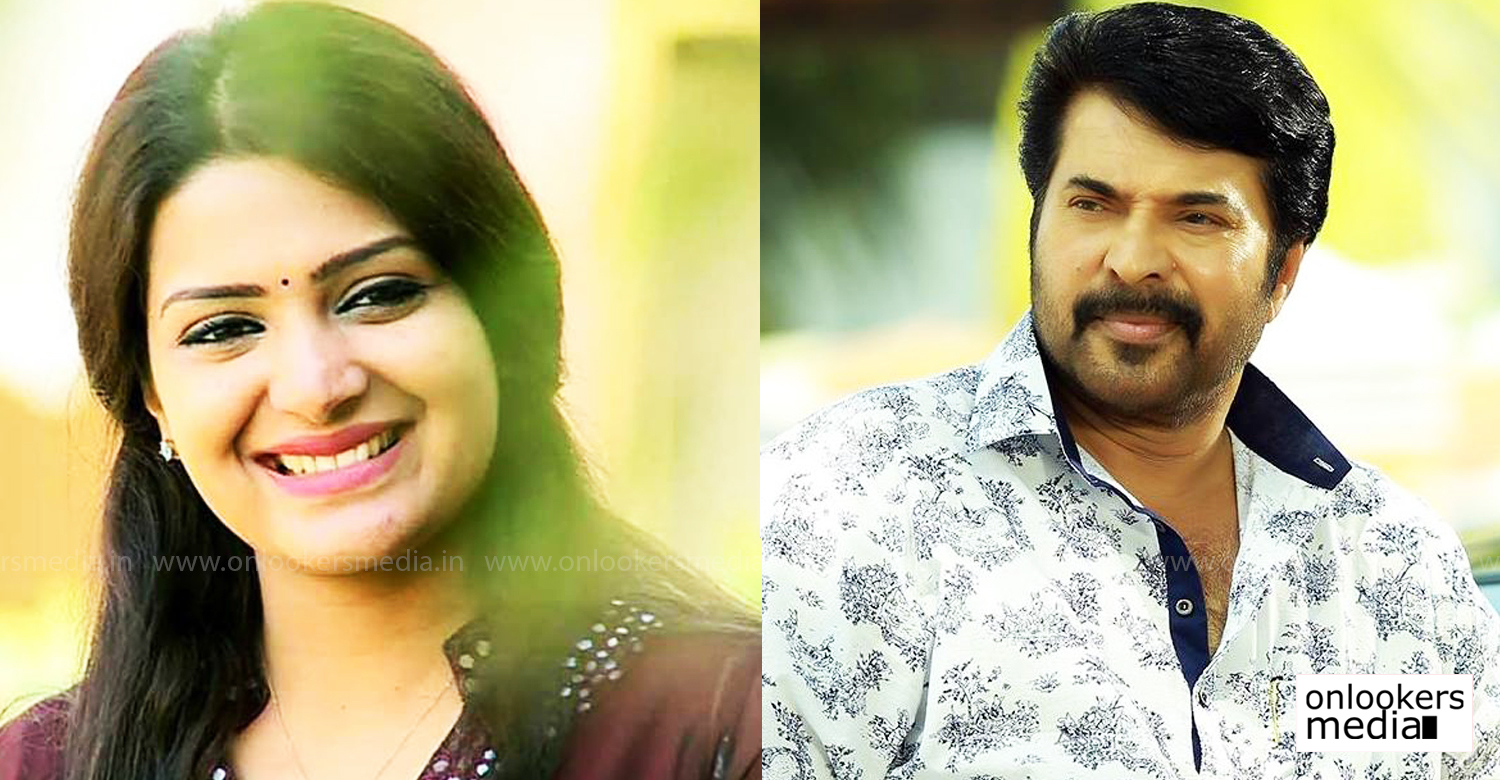 Mammootty is currently busy with the final leg of shoot of his upcoming movie Masterpiece. The movie directed by Rajadhiraja fame Ajai Vasudev is an out and out mass entertainer. Udhayakrishna, fresh from the success of Pulimurugan, has scripted this movie.

Mammootty is playing the role of a college professor in this film set in the backdrop of a campus. Varalaxmi Sarath Kumar, Mahima Nambiar and Poonam Bajwa are playing major roles in the movie. Latest addition to the camp is actress Divya Pillai. The pretty actress is noted her roles in Fahadh Faasil’s Ayal Njanlla and Prithviraj starrer Oozham. Divya’s character is said to be a very pivotal one that has an element of suspense to it. Her combination scenes with the megastar are yet to be filmed.

Mammootty’s character Edward Livingston aka Eddy is an English professor. He sports an extremely stylish look in the film. The movie’s core plot evolves after the arrival of Eddy, a strict and tough professor to a college of spoilt students.

Masterpiece has a big star cast. Unni Mukundan and Kasaba fame Varalaxmi Sarathkumar will be seen as police officers in the movie. Gokul Suresh, Mahima Nambiar, Poonam Bajwa, Maqbool Salmaan, Mukesh, Kalabhavan Shajon, Santhosh Pandit, Salim Kumar and many others are also part of the cast.

Vinod Ilampally is handling the camera and Deepak Dev is handling the music department. Royal Cinemas owned by CH Muhammed is producing this movie. The makers are eyeing to release it for the Pooja holidays.