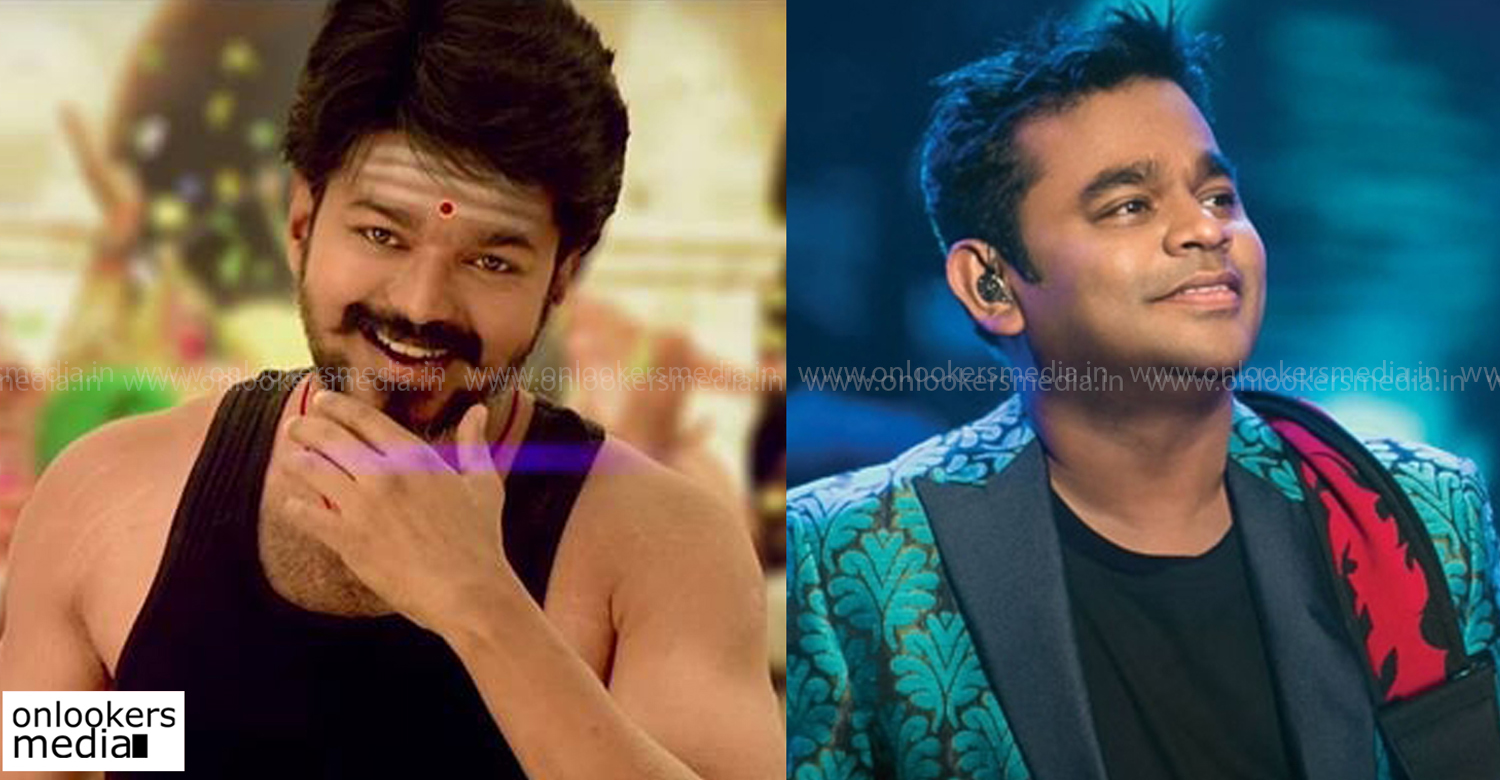 Vijay fans and music lovers are eagerly waiting for the album of his upcoming movie Mersal, composed by the maestro AR Rahman. It is perhaps the most awaited album of the year as AR Rahman is composing for a Vijay film after 10 long years and it’s been a while since he has scored for an out and out mass entertainer. The recently released single ‘Aalaporan Tamizhan’ from Mersal has fetched lakhs of views and is trending virally in social medias.

Mersal is the 100th venture of the famous production house Sri Thenandal Films. Also Vijay and AR Rahman are celebrating 25 years in the industry. These are more than enough reasons to celebrate and the makers are leaving no stone unturned to host a posh audio launch event.

According to reports, AR Rahman will be performing with a set of singers and musicians in the function. Three leading Tamil TV channels- Zee TV, Sun TV and Sun News will be telecasting the event live on August 20. Besides that, the event will be also be streamed live through an YouTube channel. This is the first time in South Indian history that such a huge audio launch event is being organized.

Mersal’s shoot has almost been wrapped up with only a song and few patch works remaining. The movie marks the reunion of Vijay with Atlee after the blockbuster success of Theri. Samantha, Nithya Menen and Kajal Agarwal play the female leads. The movie is scheduled to hit screens in October as a Diwali release.