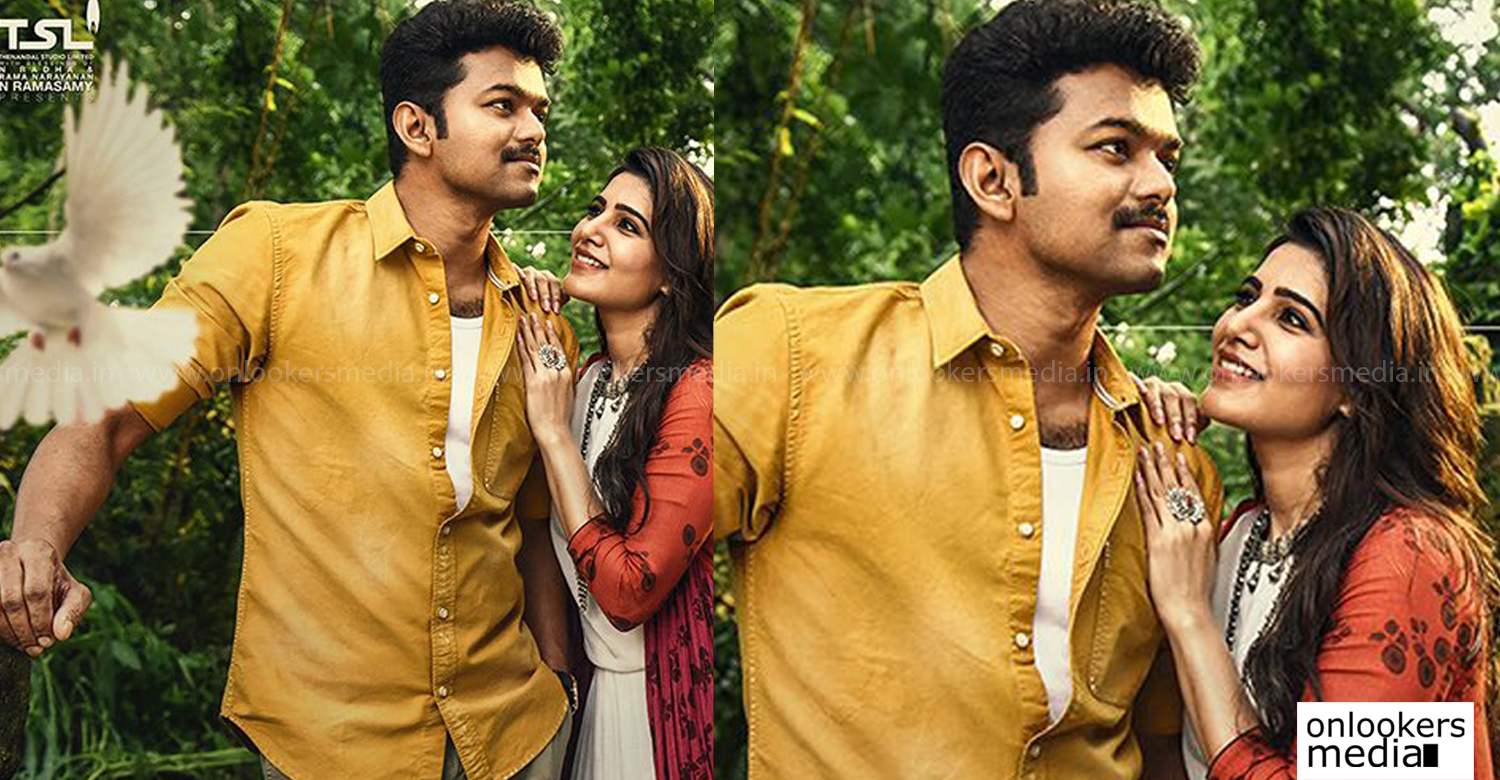 Vijay’s Mersal is in the final stages of production and is getting ready for a grand Diwali release this October. A posh audio launch event is being planned to be held on August 20 at Chennai. AR Rahman has composed the songs for Mersal and naturally expectations are sky-high among the audience.

The second single from Mersal ‘Neethane’ will be releasing tomorrow at 6 PM. Director Atlee announced this through his Twitter page. A new poster featuring Vijay and Samantha has also been released. Last week, the first single ‘Aalaporan Tamizhan’ was relased taking the internet by storm. The lyric video has fetched lakhs of views and is trending virally in social medias. Twitter and Google India had also tweeted about Mersal trending on top.

This Vijay starrer is one of the most awaited Tamil movies of the year. The star is teaming up with director Atlee once again after the blockbuster success of Theri. The movie has a stellar star cast that includes three female leads in Samantha Ruth Prabhu, Kajal Aggarwal and Nithya Menen.