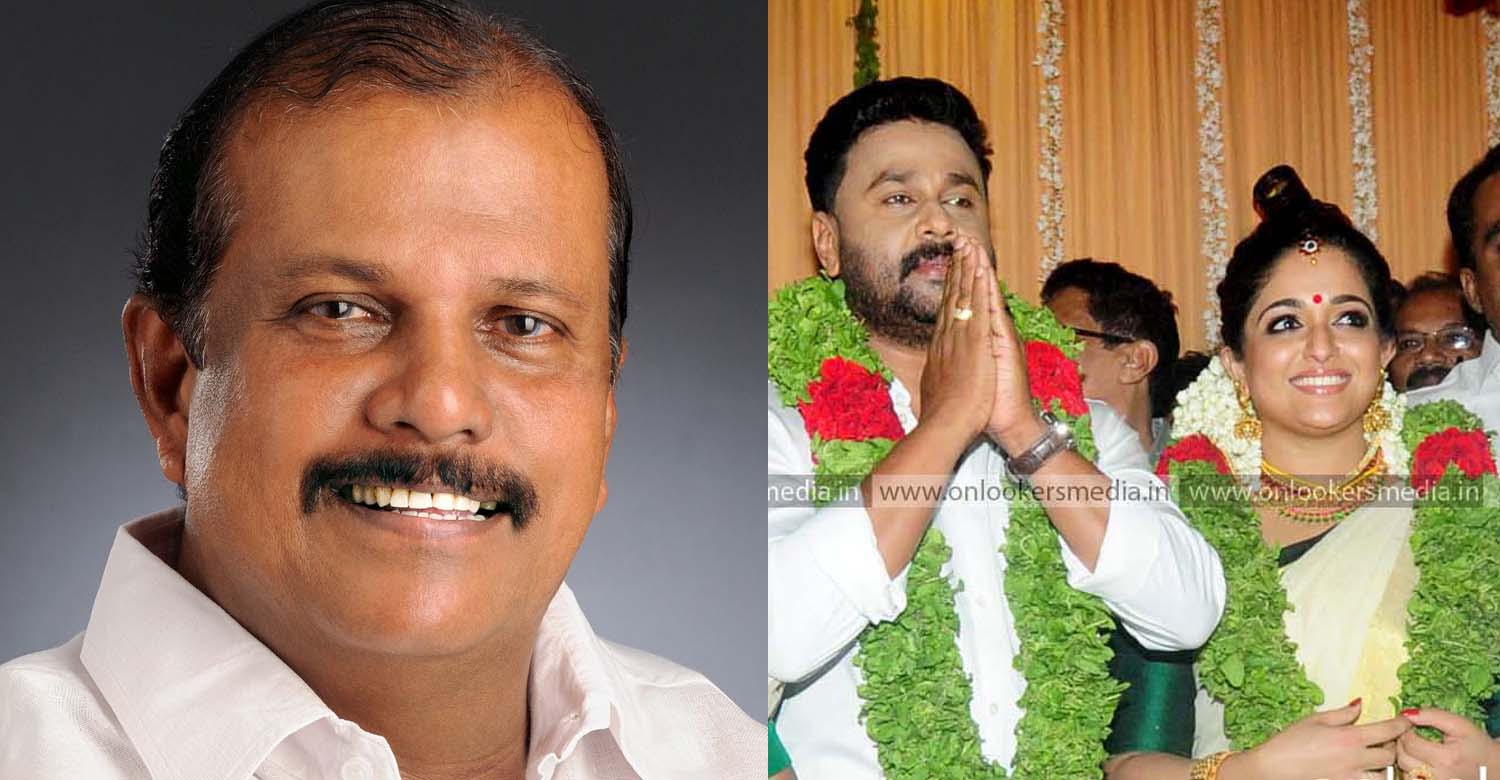 Actors Dileep and Kavya Madhavan’s wedding was the talk of the town for the past few weeks. The two actors who were in the gossip columns for a long period finally got married on November 25th in Kochi.

There were mixed response from the audience after their marriage. Many people criticised both the actors for keeping their relationship as a secret.

Many political leaders and celebrities expressed their views in the much talked about wedding.

Poonjar MLA PC George in a recent media interview to a popular news channel, said that both the actors should have got married earlier itself so that they could have avoided all the problems. PC George is known for his frankness and outspoken nature.

He added, “I was invited for the wedding, but I could not attend as I was busy with other commitments. I am a huge fan of both the actors. Dileep is an amazing actor. Kavya is also a good actress.”

PC George will be next seen as an actor. He is playing a guest role in Jayaram’s upcoming multi starrer Achayans. He will be appearing as himself in the movie. Achayans is written by Sethu and directed by Kannan Thamarakulam.