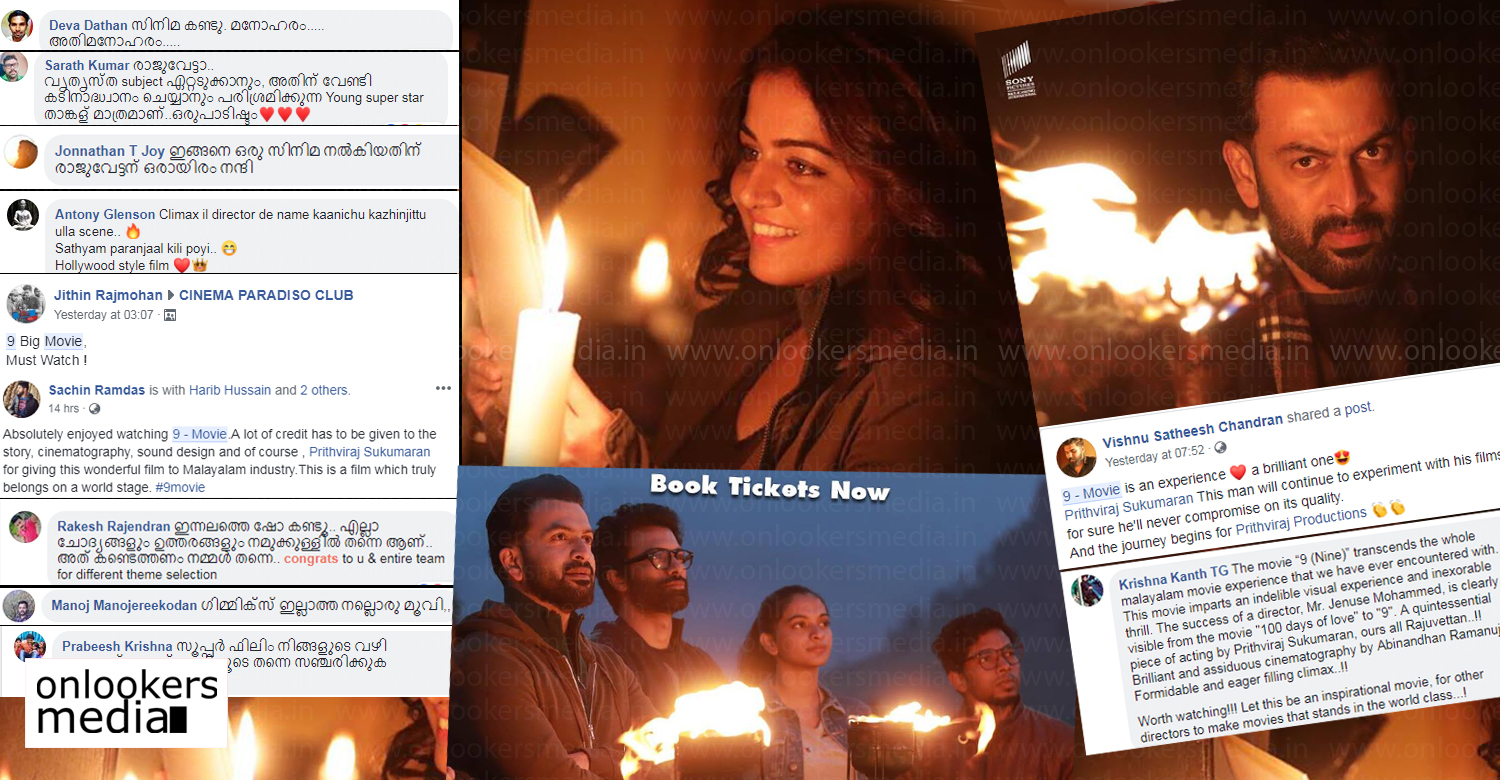 Prithviraj’s latest release 9 continues to get good response from the Malayali audience. Hitting screens last Thursday, the movie opened to largely positive reviews. Most critics have praised the makers for their attempt in trying something unique in Malayalam. To be fair, the attempt has paid off. 9 directed by Jenuse Mohammed is a mix genre attempt that has science fiction, horror and psychological thriller elements. It is the first of its kind film in Malayalam with an universally appealing storyline and superior technical quality.

If the early response is anything to go by, 9 has found acceptance among the serious cinephiles. Bookings for the weekend show good occupancy in multiplexes. Though the movie has several layers and concepts, at the core of all that is an emotional father-son bonding. The story unfolds in the backdrop of a massive global event that lasts nine days. What happens over this course of period forms the plot.