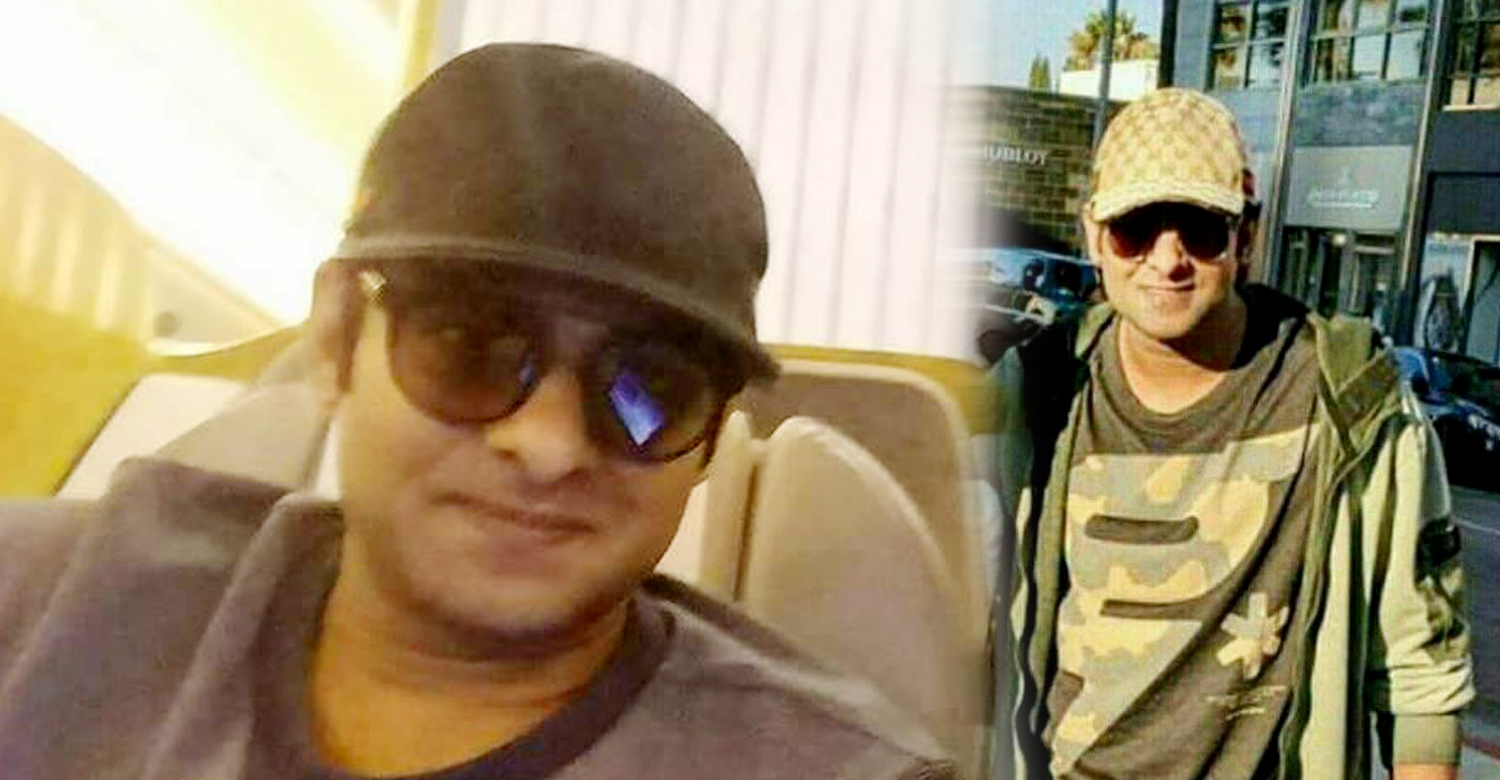 Prabhas is now popular all across the country after the whopping success of the Baahubali franchise. The audience are eagerly looking forward to his upcoming projects. Prabhas was on an US trip to take a break from the Baahubali life.

He returned back recently and is seen sporting a new look, probably for his upcoming movie Saaho. Prabhas is nearly unrecognisable in his new look. He has taken off his beard and has gone clean shaven. Recently, he was spotted in a trendy hairstyle with popular celebrity stylist Aalim Hakim. He is also shedding the extra pounds that he gained for Baahubali.

Prabhas will soon be joining the sets of his next movie Saaho. The movie, directed by Sujeeth is touted to be a big budget sci-fi thriller. It’s official teaser was released recently and fetched millions of views. It has successfully piqued the curiosity of the audience.

Bollywood actor Neil Nitin Mukesh has been roped in to play the villain in Saaho. There are reports about the Baahubali pair Prabhas and Anushka coming together once again in Saaho. But the makers have not yet officially announced the female lead.

The movie is produced by Vamsi Krishna Reddy and Pramod Uppalapati. To cash in on the huge popularity of Prabhas, the makers are releasing the movie in Telugu, Tamil, Hindi and Malayalam languages.

Famed trio of Shankar Ehsaan Loy will handle the music department while renowned cinematographer R Madhie will be cranking the camera. International stuntman Kenny Bates, popular for his work in Hollywood films like Die Hard and Transformers has been roped in to choreograph the stunts in Saaho. The movie will be releasing by the end of next year.

Ajith feels that Jayaram’s salt and pepper look is better than his
The Accidental Prime Minister : Biopic on former Prime Minister Manmohan Singh
To Top