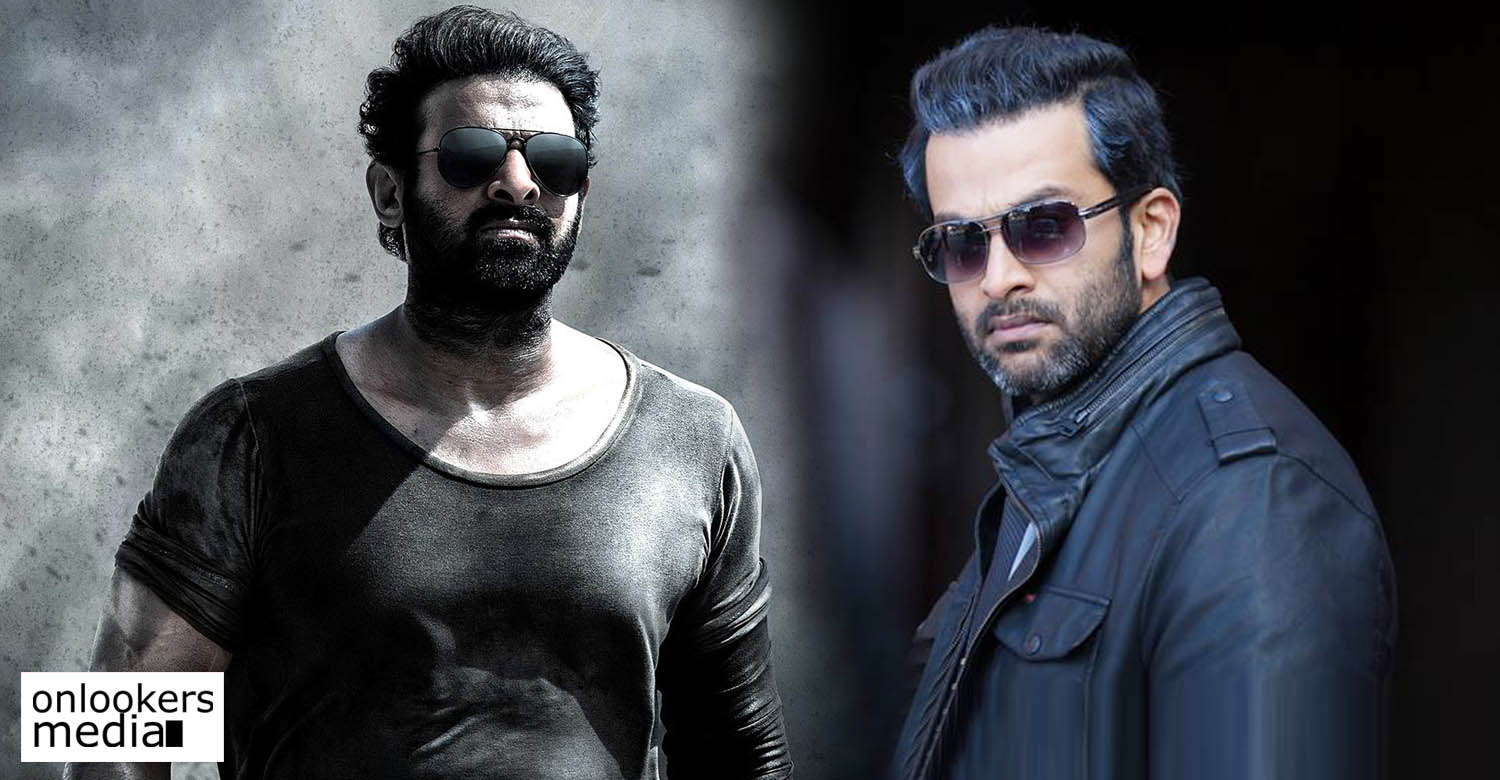 Few months back, during an interaction session with his social media followers, actor Prithviraj had revealed that he is acting in a big-budget pan-Indian film. Ever since then there have been multiple speculations regarding the project. It has now been confirmed that Prithviraj is starring alongside Prabhas in the upcoming biggie, ‘Salaar’.

Prabhas spilled the beans during a recent press meet in Kochi, where he was promoting his upcoming film ‘Radhe Shyam’. Prabhas confirmed that Prithviraj is acting in ‘Salaar’ and also expressed his happiness that the ‘Kaduva’ actor took up the role.

‘Salaar’ is directed by Prashanth Neel of ‘KGF’ fame. Touted to be a high-octane action film, it also stars Shruthi Haasan and Jagapathi Babu. Shoot for film is currently progressing. Though there are talks about Prithviraj playing a negative role in the film, there is no confirmation regarding the same.

It is worth a mention that Prithviraj is distributing Prashanth Neel’s ‘KGF: Chapter 2′ in Kerala. He is also giving the voice-over for the Malayalam version of Prabhas’ ‘Radhe Shyam’, which is set to hit screens on March 11.