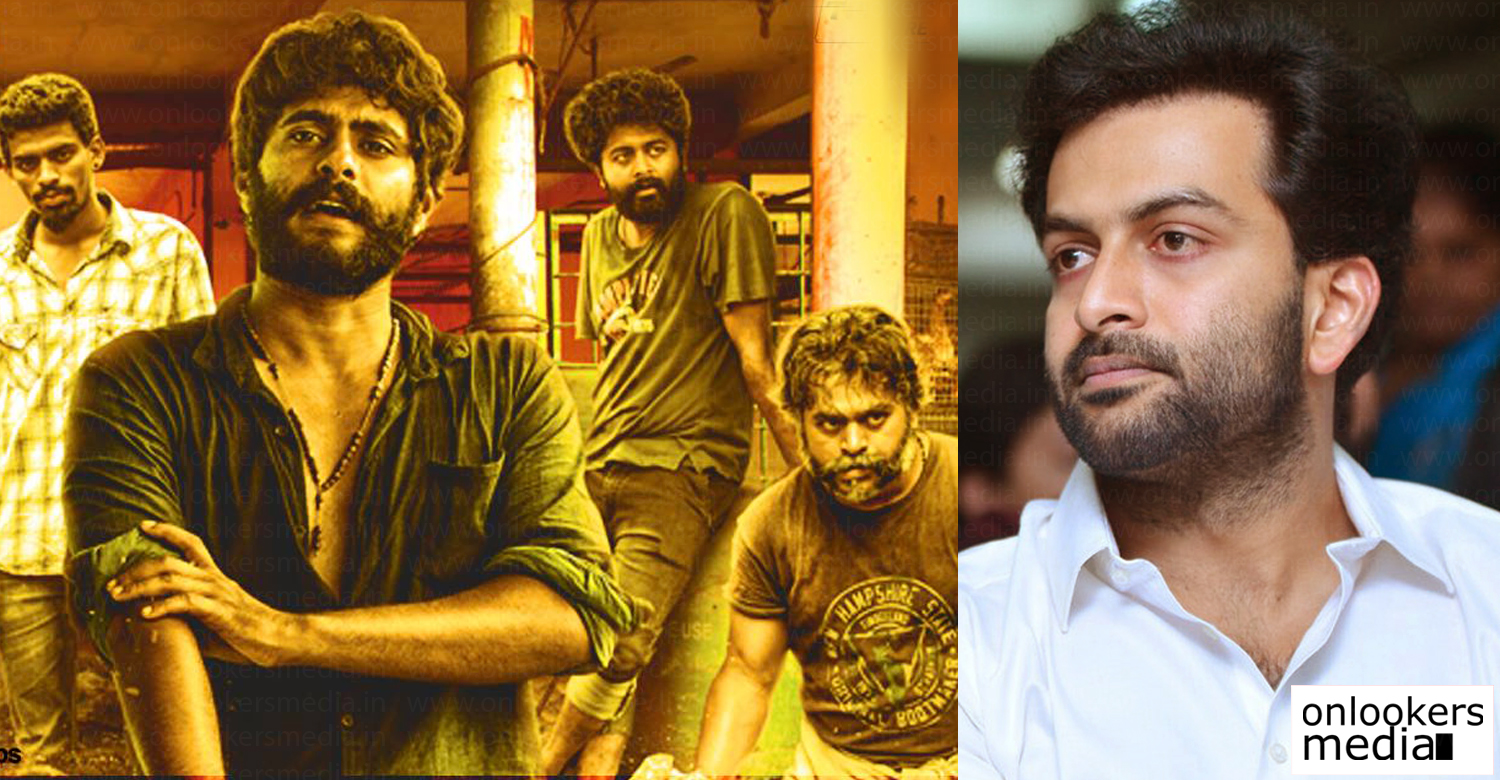 Prithviraj’s all praise for Angamaly Diaries

Maverick filmmaker Lijo Jose Pellissery’s latest release Angamaly Diaries has become the talk of the town. Right from the preview show, industry insiders have been talking high about this movie. Upon release on March 3, critics praised it as one of the finest realistic movies ever made in Mollywood.

Angamaly Diaries is a story about a group of youngsters in the Angamaly region. The movie showcases the culture of that particular region and the nature of the people in the locality. Actor Chemban Vinod Jose made his debut as a scenarist through this movie.

“#AngamalyDiaries … what a stunning piece of film making..what original writing..and the actors..all 86 of you..big welcome to the illustrious Malayalam film industry! ? Lijo Jose Pellissery..nothing..NOTHING to say..! Will look forward to working with you again buddy! Rock on!! (sic)”

Seems like the actor is completely bowled over by the movie. Prithviraj has previously worked with Lijo Jose Pellissery in City of God, a multistarrer also featuring his brother Indrajith in a pivotal role.

Angamaly Diaries has a rookie line up in the cast. The movie features around 86 newcomers in the cast including the leading actors. The technical team also comprises of youngsters and that has reflected on the freshness in the movie. Girish Gangadharan is the DOP, Shameer Mohammed handled the edits while Prashanth Pillai composed the music.