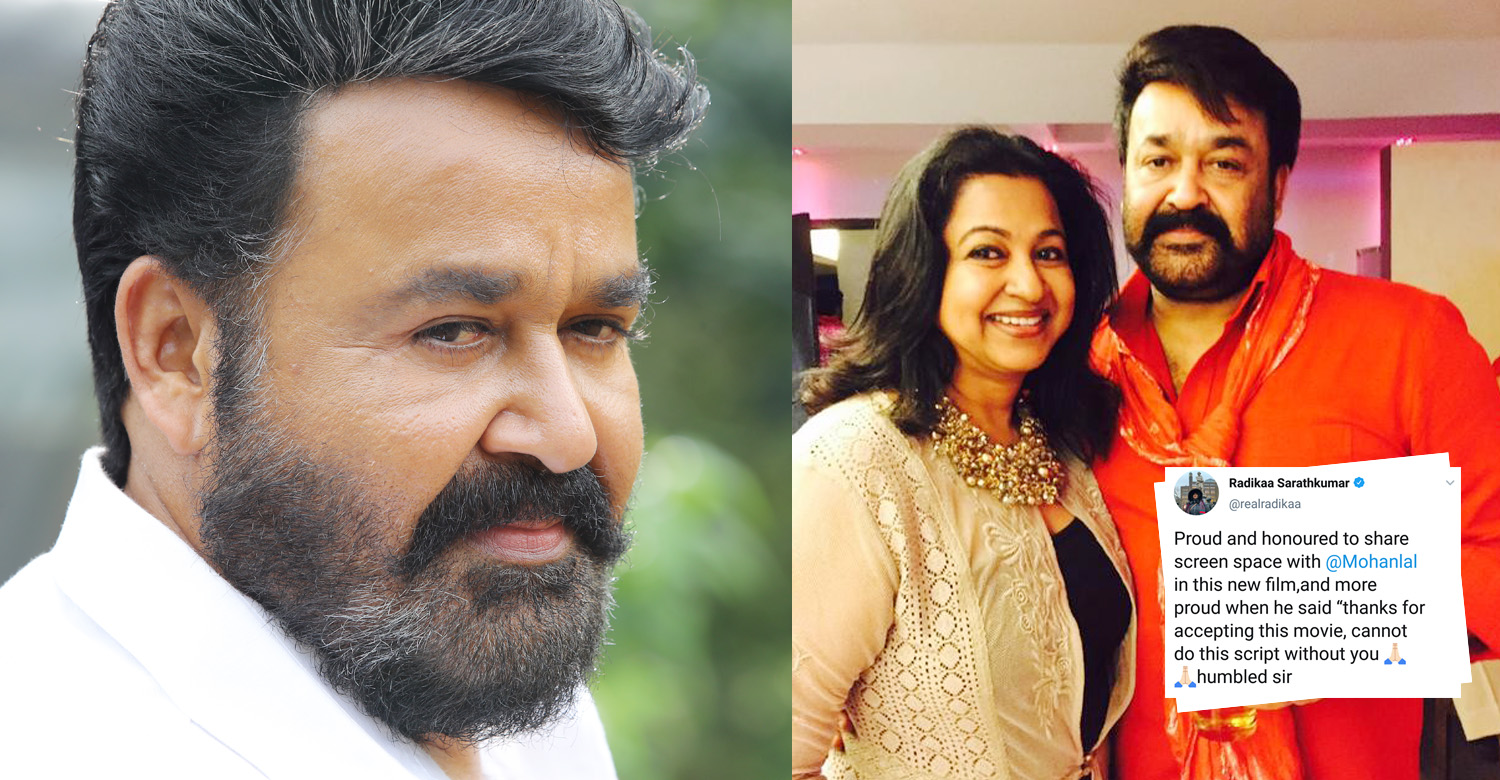 Proud and honoured to act with Mohanlal in Ittymaani Made in China: Radikaa Sarathkumar

Mohanlal’s new film ‘Ittymaani Made In China’ went on floors last day with a customary switch on ceremony. The movie directed by debutant duo Jibi and Joju is said to be an action comedy entertainer. Honey Rose has been signed as the female lead. Veteran Tamil actress Radikaa Sarathkumar will also be appearing in a prominent role in the movie.

Interestingly, it is after three long decades that Mohanlal and Radikaa are acting together. The last film in which they shared screen space was ‘Koodum Thedi’, which was released 34 years back in 1985. Radikaa was present for the switch on last day. She has also tweeted about her excitement in working with Mohanlal after all these years. Her tweet reads,

Proud and honoured to share screen space with @Mohanlal in this new film,and more proud when he said “thanks for accepting this movie, cannot do this script without you”. humbled sir

Thalapathy 63: Vijay visits injured crew member at hospital
Much awaited trailer of Virus to be released tomorrow
To Top