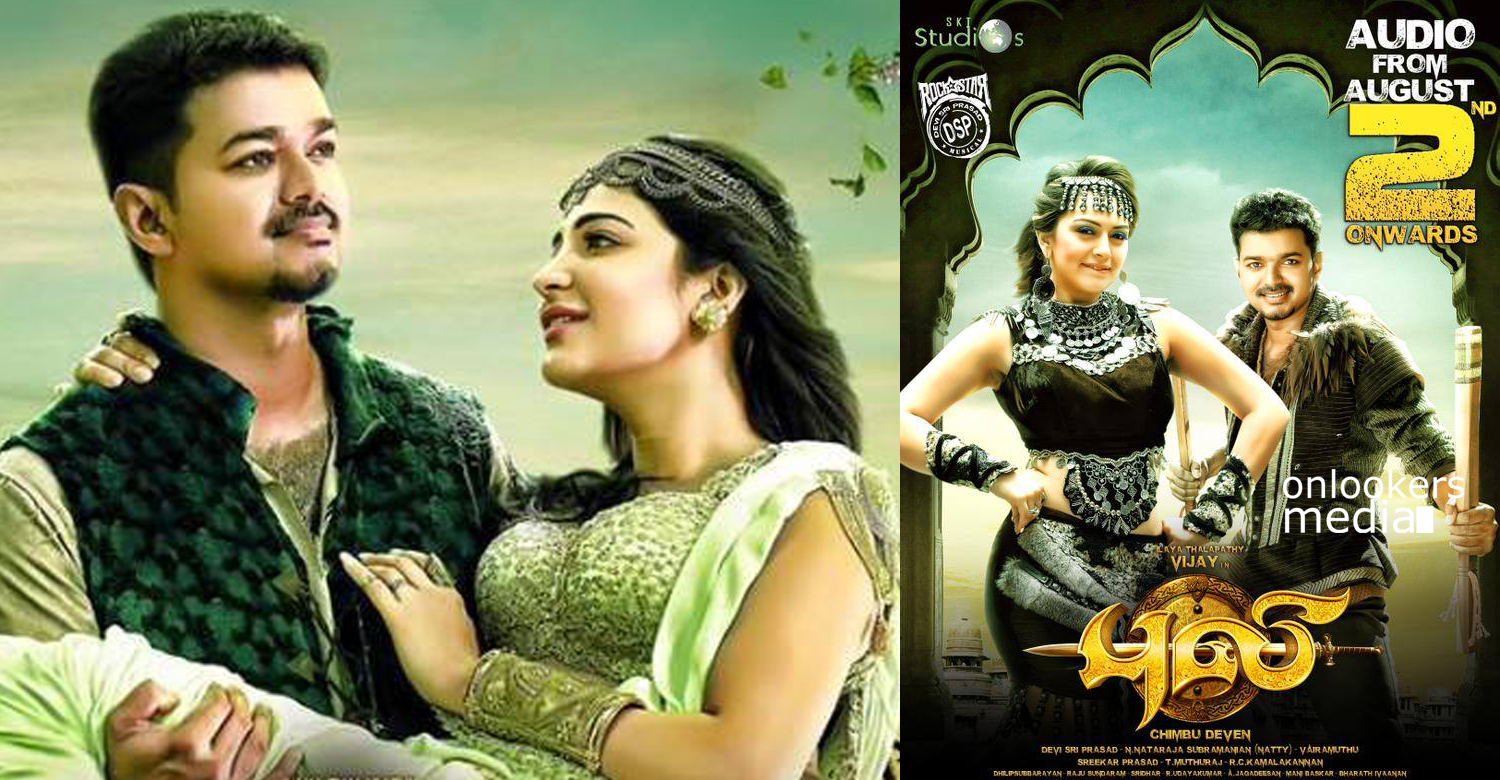 Puli is definitely one of the most awaited film of south Indian film industry this year and the reason of that hype was one and only Ilaya Thalapthy Vijay who is the male lead in this fantasy as well as periodic action thriller. It is conceived by Chimbu Devan and has a huge star cast including popular artist like Sridevi Boney Kapoor, Kichaa Sudeep, and actresses like Hansika Motwani and Sruthi Haasan.

The film said to have some surprise elements as well and will be one which is very different from usual Vijay films. It had made on budget which is close to almost 120 crore as per reports and also the remuneration given to Vijay for acting in this film is also said to be 20 crore rupees. The teaser of the film had release some weeks back and it had already become a record hit in YouTube and created waves in social media. It had come with a controversy as well regarding the leaking of teaser before its official release from the studio of Chennai.

And today the audio of the film is going to be launched officially by the production team named SKT studios. The music for this mega film is composed by Rockstar of south India Mr. Devi Sri Prasad and the lyrics were penned down by Kaviperarasu Vairamuthu. Ilaya thalapathy Vijay also sing a song for this film along with co- actress Sruthi Haasan who is also a proven singer. Vijay had sung for some of his previous films as well including Thuppakki, Thalaiva, Jilla, Kaththi etc and all were super successes as well. But he is singing first time under the music direction of Devi Sri Prasad and it is a romantic duet with Sruthi Haasan. A glimpse of the song had already came out and it is said to be a super hit among the film lovers and vijay’s fans as well.

The audio release function will take place today in the esteemed presence of Sridevi, Sruthi Haasan, Kiccha Sudeep and Hansika Motwani and other cast and crew members also will be there at the function. Now everyone wait for the DSP magic to come out officially.

Thala Ajith to star in Baashha 2 ?
No trailer and teaser for Mohanlal-Ranjith team’s Loham ?
To Top