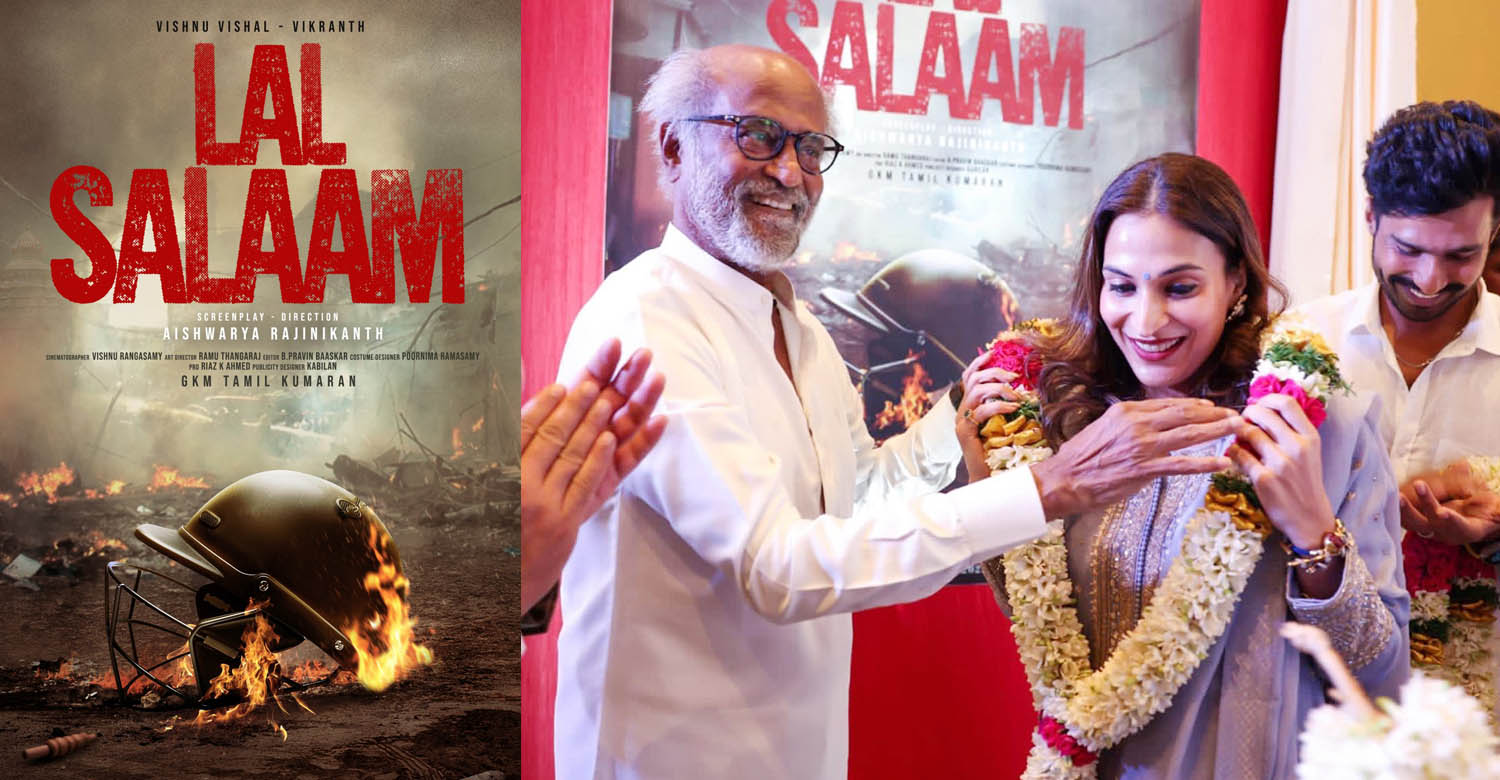 Rajinikanth to star in his daughter Aishwarya’s next, Lal Salaam

Superstar Rajinikanth’s daughter Aishwarya is next set to direct a film titled ‘Lal Salaam’. It is a cricket-based film with Vishnu Vishal and Vikranth as the leads. Rajinikanth will also be making a special appearance in the film. The project got launched recently in the presence of cast and crew members.

Produced by Lyca Productions, ‘Lal Salaam’ will have music composed by maestro AR Rahman. Vishnu Rangasamy is the cinematographer and edits will be handled by Pravin Baaskar. More details regarding the supporting cast, and when full-fledged shoot begins are awaited.

Aishwarya Rajinikanth made her debut in 2012 with the romantic-pyschological thriller ‘3’ starring her former husband Dhanush and Shruti Haasan as the leads. Later, she made ‘Vai Raja Vai’ with Gautham Karthik and Priya Anand. Dhanush had played a cameo role in it.