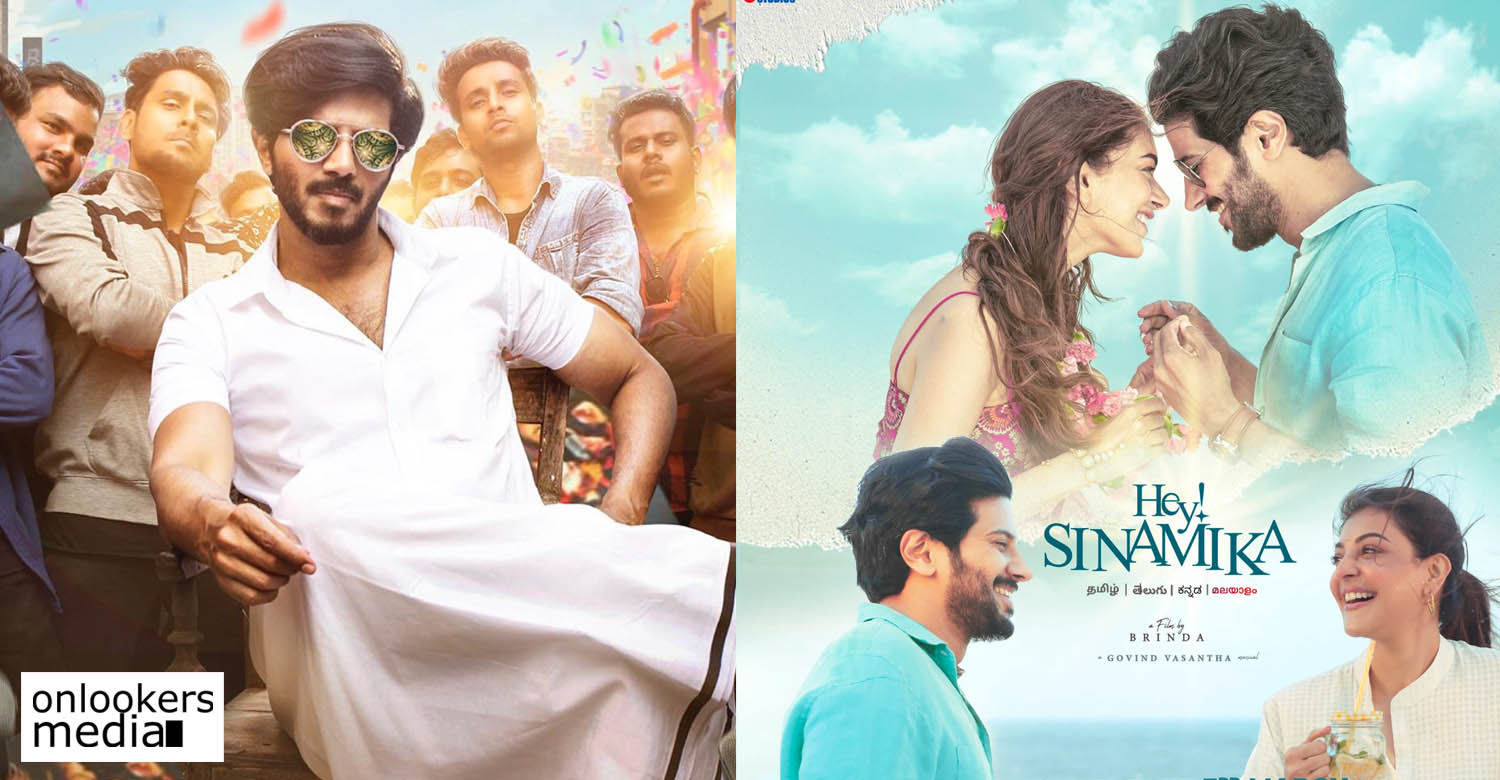 The makers of ‘Hey Sinamika’ have postponed the release from February 25 to March 3. The change in plans is due to the third wave of pandemic, during which release of many films had to be put on hold.

‘Hey Sinamika’ is the directorial debut of dance choreographer Brinda. The film promises to be a fun, rom-com entertainer. Lyricist Madhan Karky has scripted the film, which has Kajal Aggarwal and Aditi Rao Hydari as the female leads.

Dulquer plays a character named Yaazhan. Kajal is Malarvizhi and Aditi’s role is named Mouna. Nakshathra Nagesh, Mirchi Vijay, Yogi Babu and many others are part of the film.

The makers have released a couple of songs from the film, both of which got great response. It has created a positive buzz for the film in social medias, particularly among the youth audience. Govind Vasantha is the film’s music director and cinematography is handled by Preetha Jayaraman.