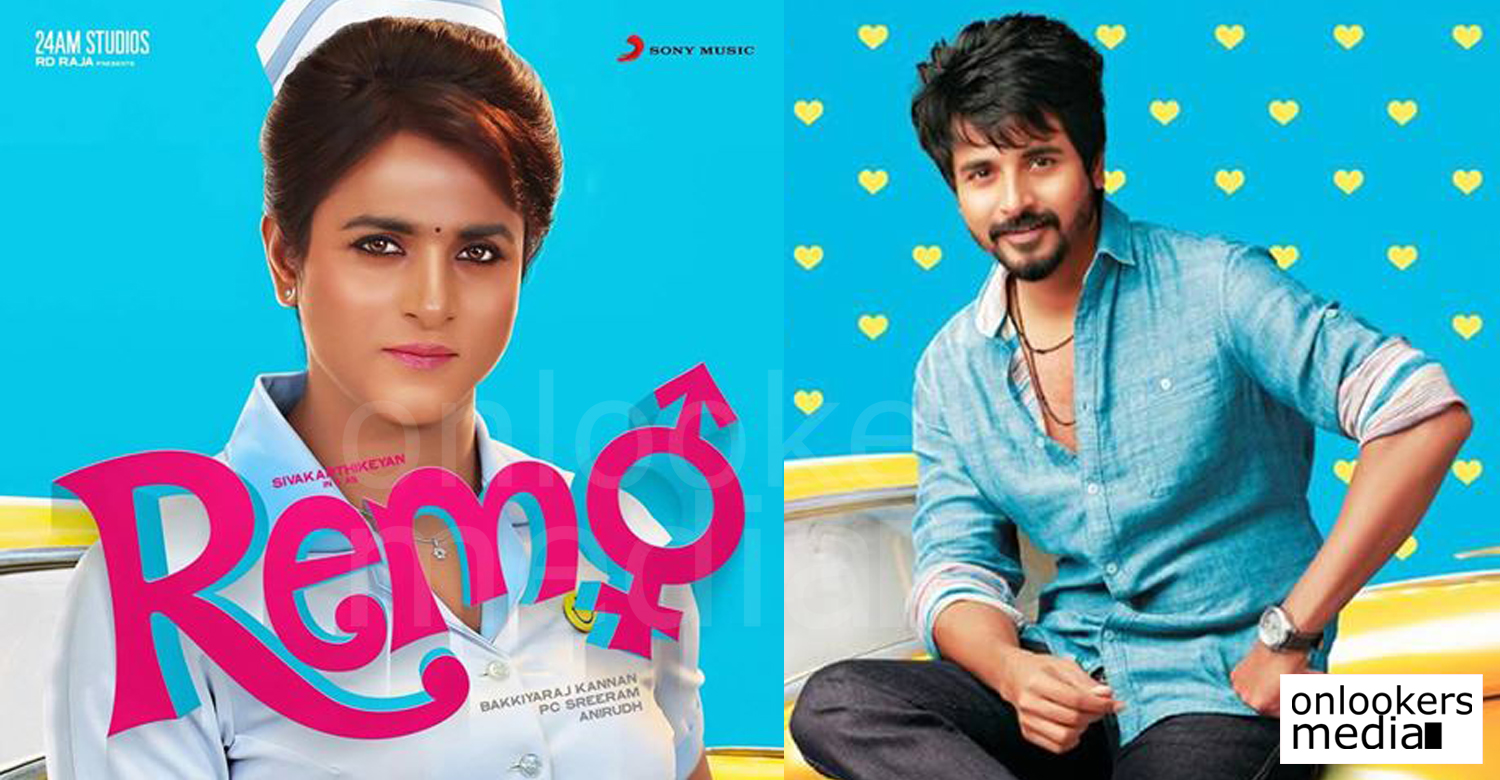 Remo, in which Sivakarthikeyan playing a female is on its way

Remo, this Kollywood flick starring Sivakarthikeyan and Keerthy Suresh got all the attention from the audience due to one factor. In this upcoming Tamil movie, Sivakarthikeyan is playing a female and that too of a nurse. It is a romantic comedy flick written and directed by Bhagyaraj Kannan and produced by RD Raja under the banner of 24 AM Studios.

This is the first production venture of RD raja under 24AM Studios, who had roped in Mollywood stars like Fahad Fazil and Nivin Pauly respectively for their 2nd and 3rd production ventures, which will be conceived by Mohan Raja and Prabhu Radhakrishnan. Sivakarthikeyan will play the lead in Mohan Raja movie while Fahad will play the villain in it. The first look poster and the making video of this movie Remo had already went viral in social media and the video which shows how they transformed Sivakarthikeyan in to a female, is really attracting the viewers. The film will hit the screens in this coming September and the team behind the movie told that there will be a big announcement today at 5 PM in the evening, related to the movie.

Anirudh Ravichandar had scored the music for this film. This is the second film in which Keerthy Suresh is playing the female lead of Sivakarthikeyan. They had acted together in Rajni Murugan which had become a super success at box office earlier this year. Sivakarthikeyan said to be coming in an older man get up as well in this flick named Remo.