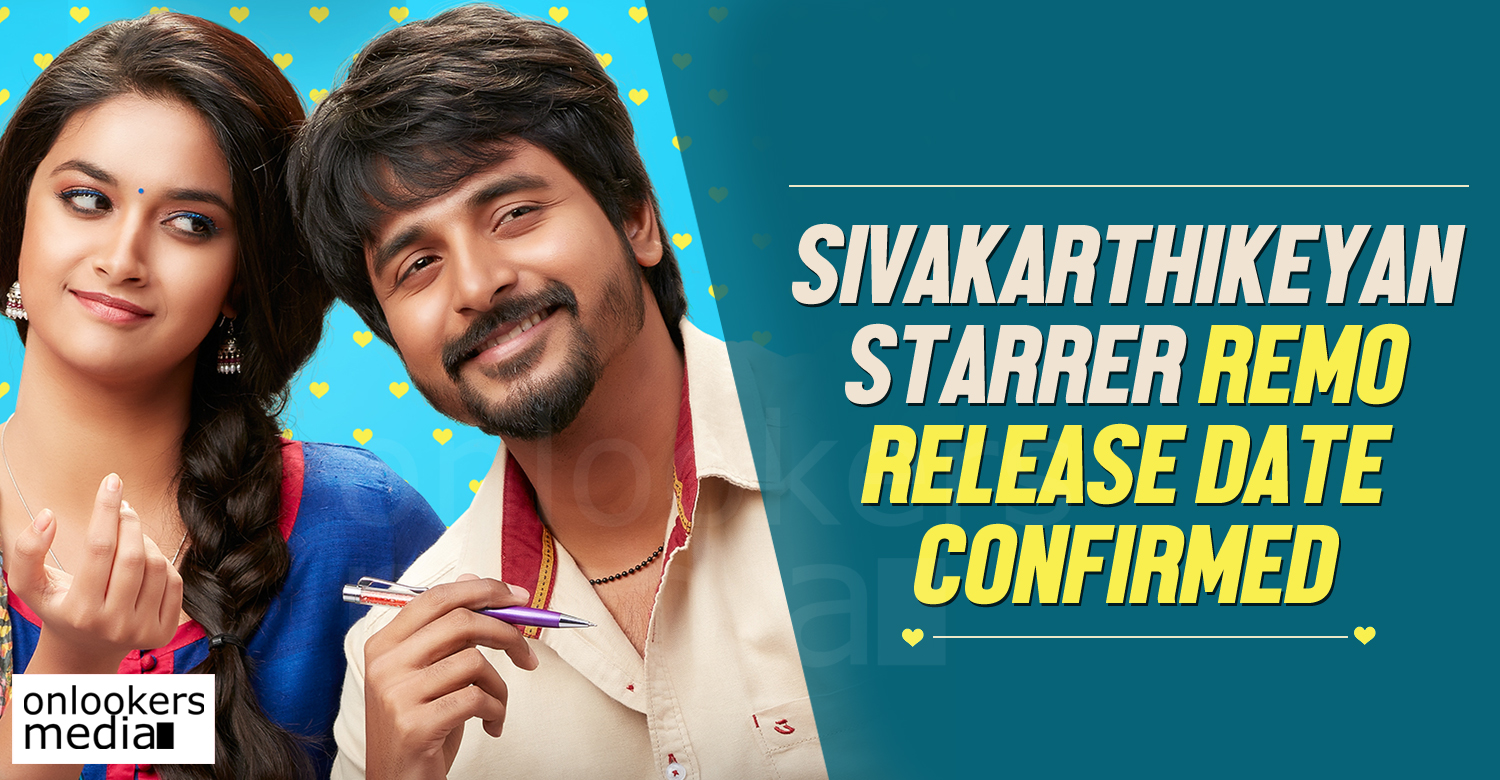 Remo is the upcoming Tamil romantic comedy scripted and directed by Bhagyaraj Kannan and produced by RD Raja under the banner of newly formed production banner named 24 AM Studios. Sivakarthikeyan, one of the most promising and popular young stars in Kollywood is playing the male lead in this movie and his pair will be Mollywood beauty Keerthy Suresh.

Keerthy Suresh is playing the female lead of Sivakarthikeyan second time this year and their first outing together was Rajini Murugan which released in this year January. It was also a romantic comedy movie which become the first super hit of this year in Kollywood. The team behind the film Remo had announced its release date today at 5 PM in the evening and it will grace the screens all over on October 7, this year.

The first look motion poster of the film got great response from the film lovers all over South India and it showcased the popularity this man Sivakarthikeyan has now, among the audience. He is playing a female in this movie and his female get up as a Nurse is going viral in Social Media. The making video in which they shows how they made his look changed to resemble a female had also went viral. He is appearing in a young man get up and in an older man get up as well in this movie.

Remo, in which Sivakarthikeyan playing a female is on its way
An online market place for Mollywood named Filmcoco is introduced
To Top