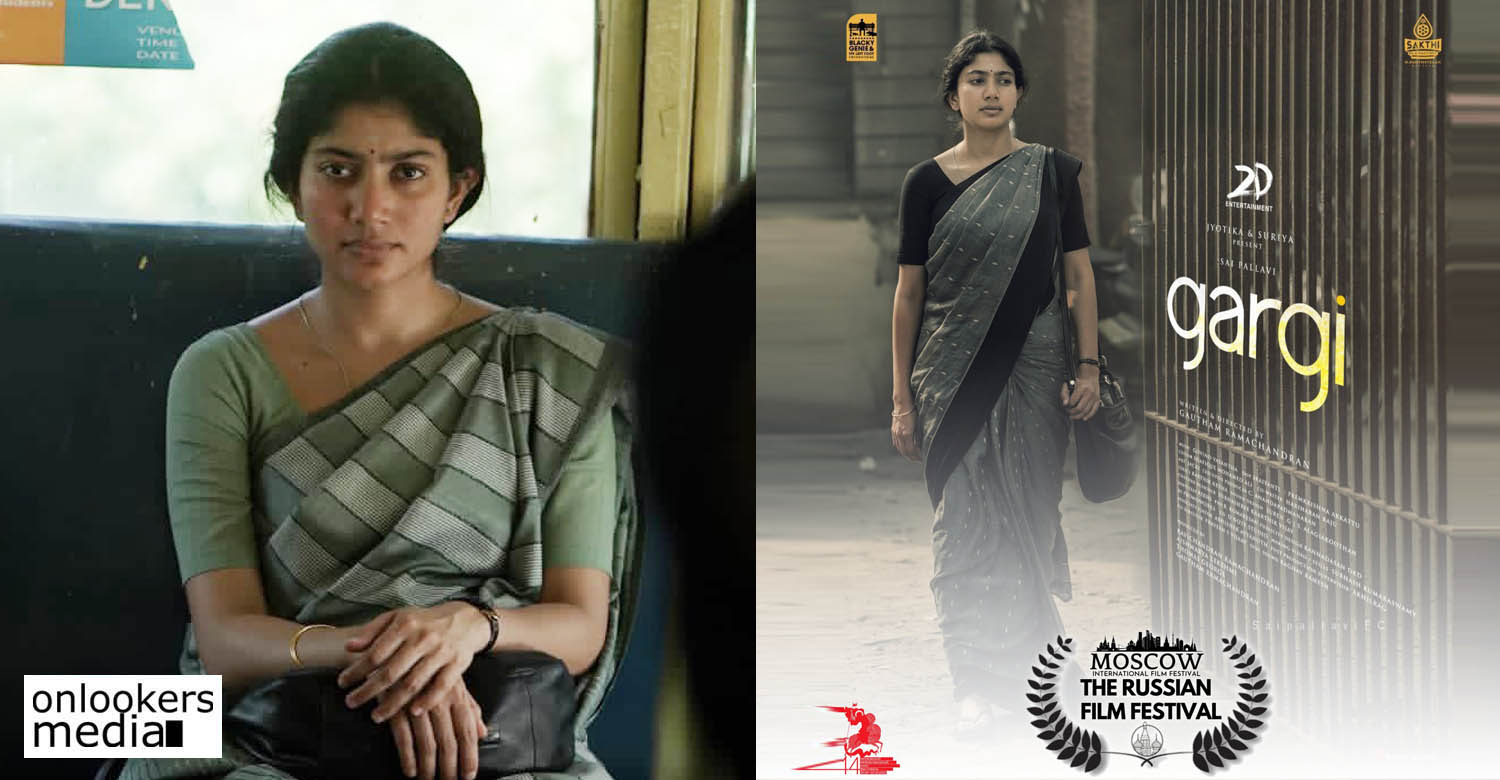 Sai Pallavi’s recently released film ‘Gargi’ has been selected for screening at the 44th Moscow International Film Festival. The film directed by Gautham Ramachandran got rave reviews when it hit screens on July 15. It is currently streaming on SonyLIV.

‘Gargi’ is a hard-hitting, riveting drama in which Sai Pallavi plays the role of a middle class school teacher. The film deals with a topic of child abuse. A victim of child abuse herself, Gargi finds her father being accused of the same. How she fights for him while unraveling a shocking reality is what the film is about.

Sai Pallavi’s performance along with the sensitivity shown by the makers in tackling such a subject got widespread appreciation. The film also starred stars Kaali Venkat, Saravanan and RS Shivaji in prominent roles. Malayalam actress Aishwarya Lekshmi, who turned a producer with ‘Gargi’, also played a cameo role in it. She produced the film along with director Gautham, Ravichandran Ramachandran and Thomas George. Actor Suriya’s 2D Entertainment presented it in Tamil.

Kamal Haasan and Rajinikanth to be the chief guests at Ponniyin Selvan audio launch
Vettaiyaadu Vilaiyaadu 2 script in the works: Gautham Menon
To Top