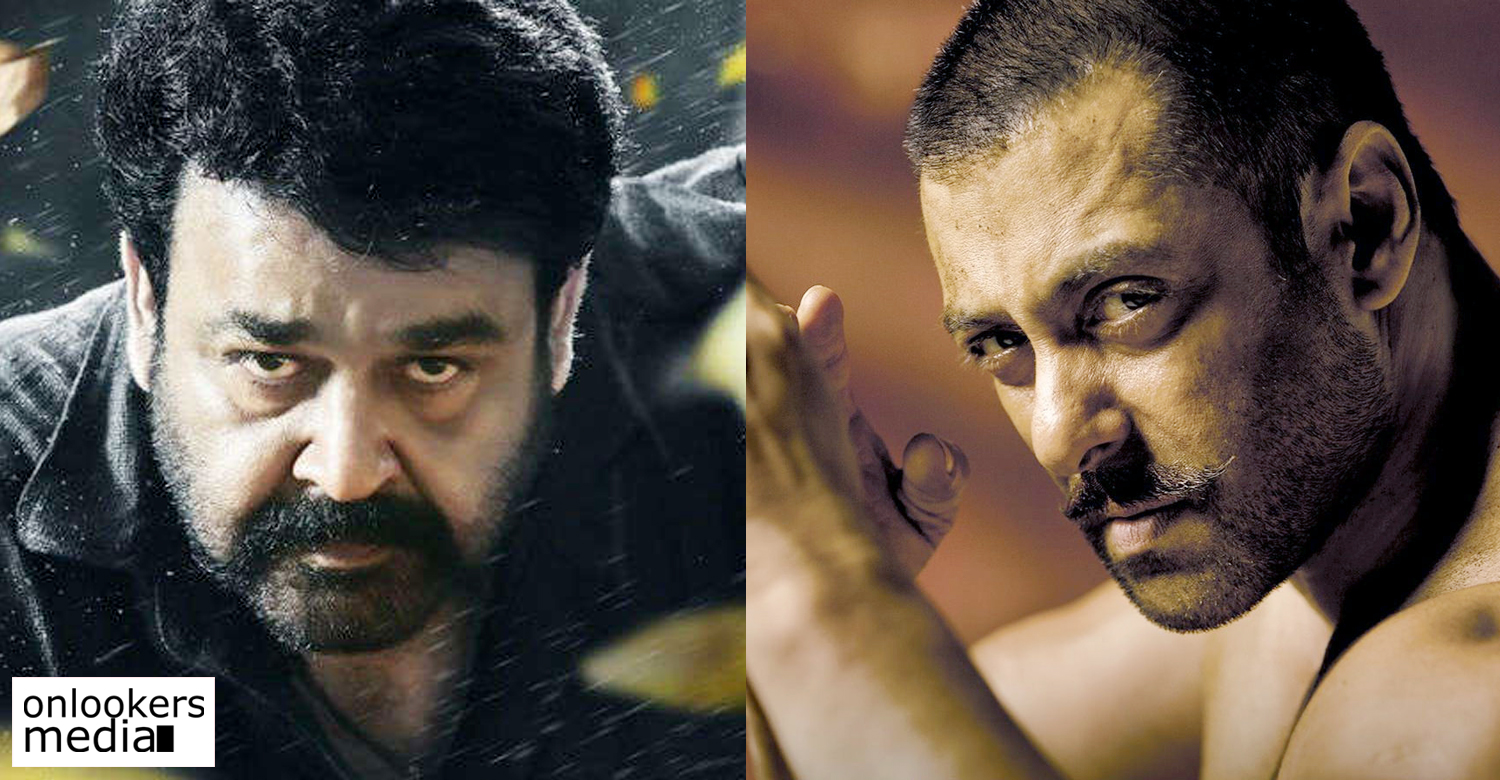 Bollywood superstar Salman Khan is currently busy with the promotions of his next release Tubelight. The movie, directed by Kabir Khan is all set to hit screens on June 23 for Eid.

Salman along with the team of Tubelight attended a press meet in UAE recently as part of promotions. A representative from Club FM UAE asked Salman about working with two of Mollywood’s biggest directors; Siddique and Priyadarshan- and how much Malayalam cinema has influenced Bollywood.

Salman was quick to acknowledge that both his films with the directors were remake of Malayalam movies. When asked whether he has watched any Malayalam movies of late, Salman instantly replied that he will be watching Mohanlal’s Pulimurugan soon. He was even aware that it’s Mollywood’s biggest blockbuster till date. The actor also hinted at remaking the film in Hindi with his Bodyguard director Siddique.

Salman is quoted saying, “I have done two Malayalam remakes with Priyadarshan and Siddique, Kyonki and Bodyguard. And now, I am going to watch a movie, which Mohanlal has just done, which is very big hit. Pulimurugan! That one I want to watch. Then I will try to track down Siddique, I don’t know where he is.”

Pulimurugan has an universally appealing story about man vs wild. So, it will be easy for audience irrespective of any language to connect with the movie. If remade in Hindi, it will be made on a bigger scale with better technical perfection. We still wait for an official confirmation.

Salman’s next release Tubelight marks his third time union with director Kabir Khan after Ek Tha Tiger (2012) and Bhajrangi Bhaijaan (2015). Tubelight is an official adaptation of the movie Little Boy. The movie is set against the backdrop of the 1962 Indo-Sino War. It will focus on the sufferings of residents at the time of the war period.

Anoop Menon joins the sets of Mohanlal’s Velipadinte Pusthakam
Lelam 2 on the cards!
To Top