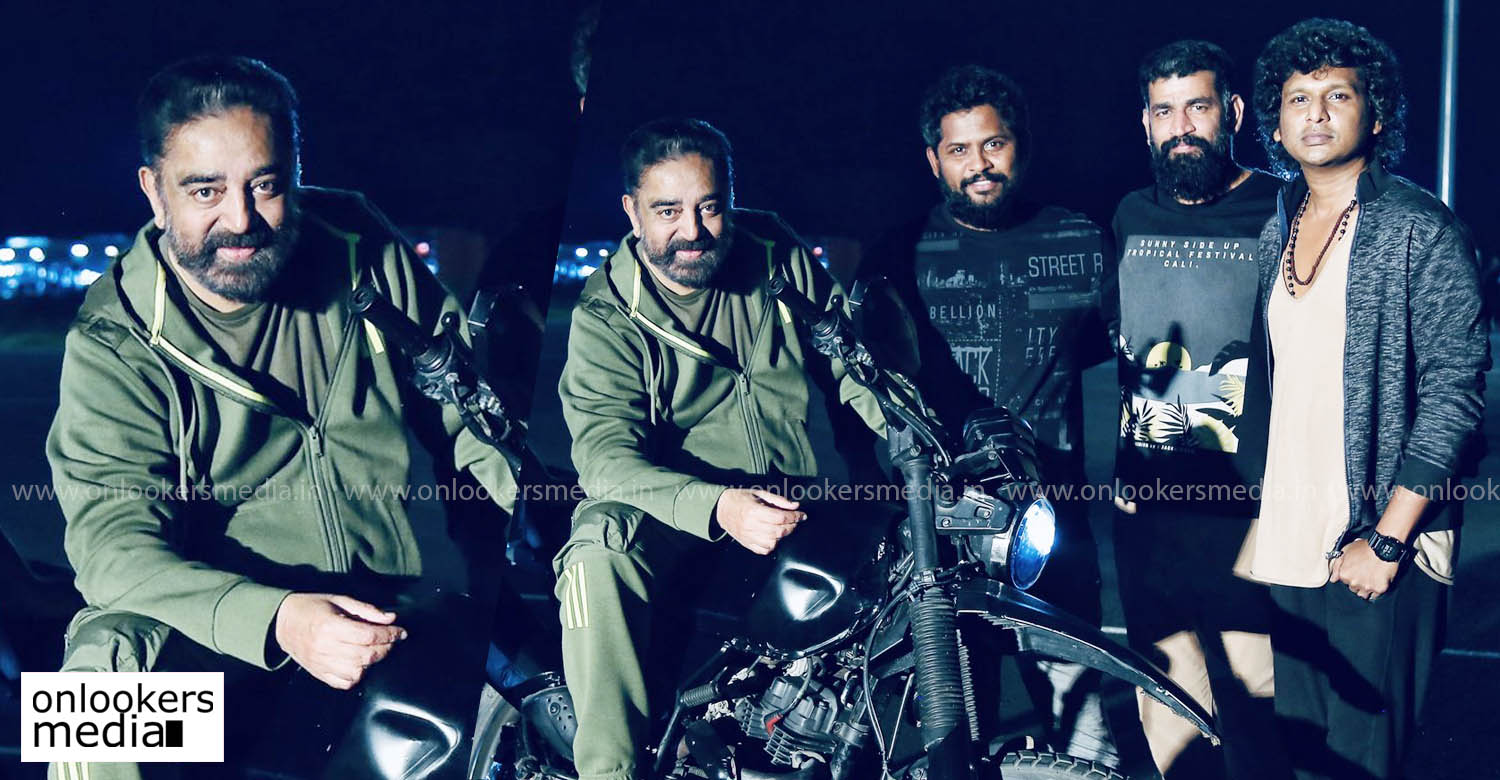 The second schedule of upcoming Tamil biggie ‘Vikram’ has been wrapped up. Directed by Lokesh Kanagaraj, the film has Kamal Haasan playing the lead role along with Vijay Sethupathi and Fahadh Faasil. Last day, the team completed their second schedule in Pondicherry.

Lokesh took to his social media handle to share a new photo from the sets. The photo features Kamal Haasan sitting on a stylish sports bike. Lokesh, cinematographer Girish Gangadharan and action choreographers AnbAriv are also seen alongside him.

It’s a wrap for 12th Man
Ajagajantharam gears up for theatrical release; New poster out
To Top