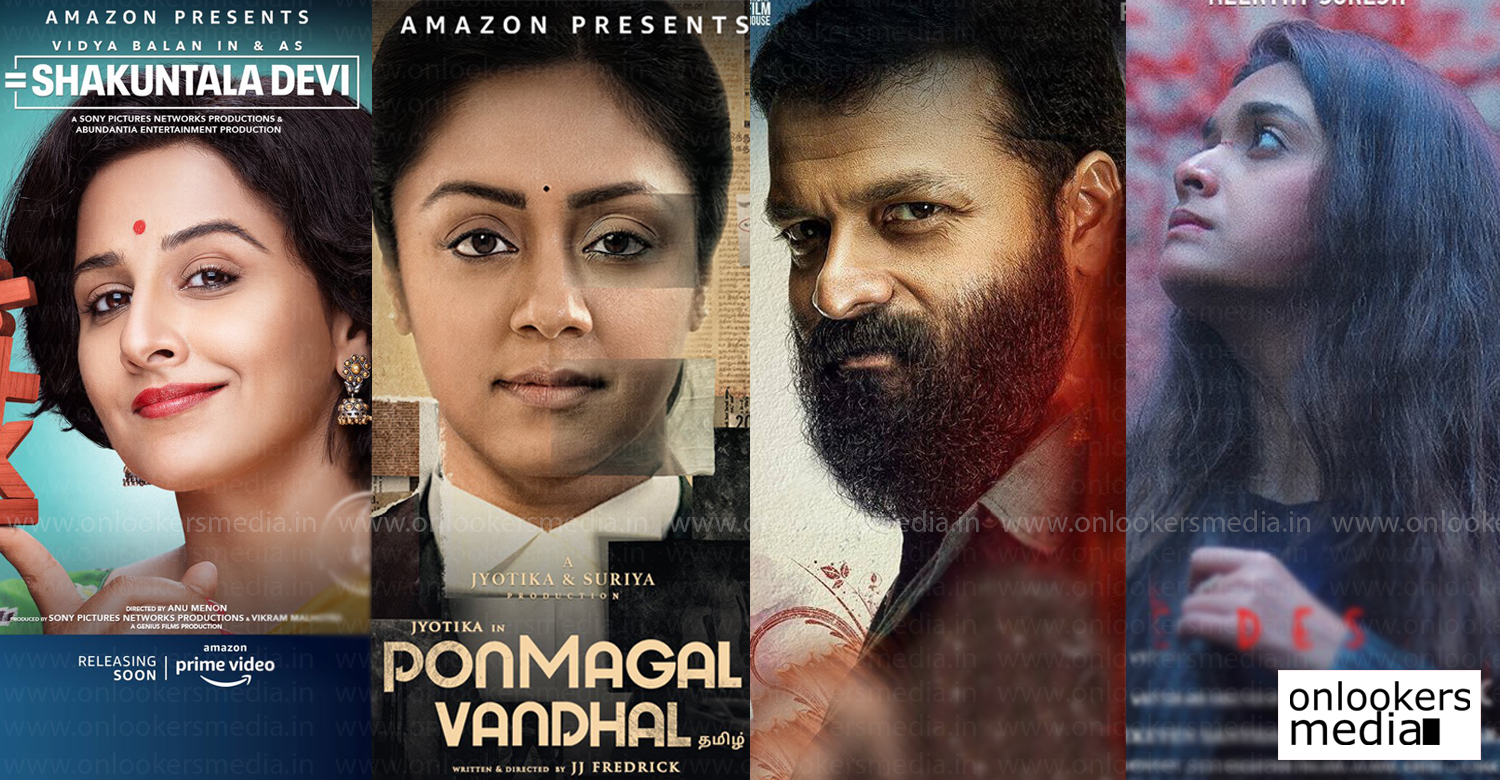 It goes without saying that the Indian film industry has been severely hit by the Covid-19 pandemic. Theatres across the country have been shut down and film shootings have also been stalled. Streaming platforms seem to be the only parties who are benefiting from this scenario. Since theatrical release is not possible for the next few months, many films are getting direct OTT release.

Streaming giant Amazon Prime has snapped the rights of seven Indian films from various regional languages. From Bollywood, ‘Gulabo Sitabo’, ‘Shakuntala Devi: Human Computer’ will soon start premiering in the platform. From Tamil, rights of Jyothika’s ‘Ponmagal Vandhal’ and Keerthy Suresh have been acquired. Kannada films ‘Law’ and ‘French Biriyani’ and Malayalam film ‘Sufiyum Sujathayum’ are the other three films to get direct release on Amazon Prime.

‘Ponmagal Vandhal’ will be the first to out on May 29. Amitabh Bachchan-Ayushmann Khuranna starrer ‘Gulabo Sitabo’, which is easily the biggest among the seven films, will be releasing on June 12. ‘Penguin’ will be out on Tamil and Telugu languages on June 19. ‘Law’ is scheduled to arrive on June 26 and ‘French Biriyani’ on July 24. Release dates of ‘Shakuntala Devi’ and ‘Sufiyum Sujathayum’ are not yet known.

Suriya battles all odds to get Ponmagal Vandhal a direct release on Amazon Prime!
Andrea Jeremiah shares about an unforgettable car chase sequence she did with Vijay!
To Top