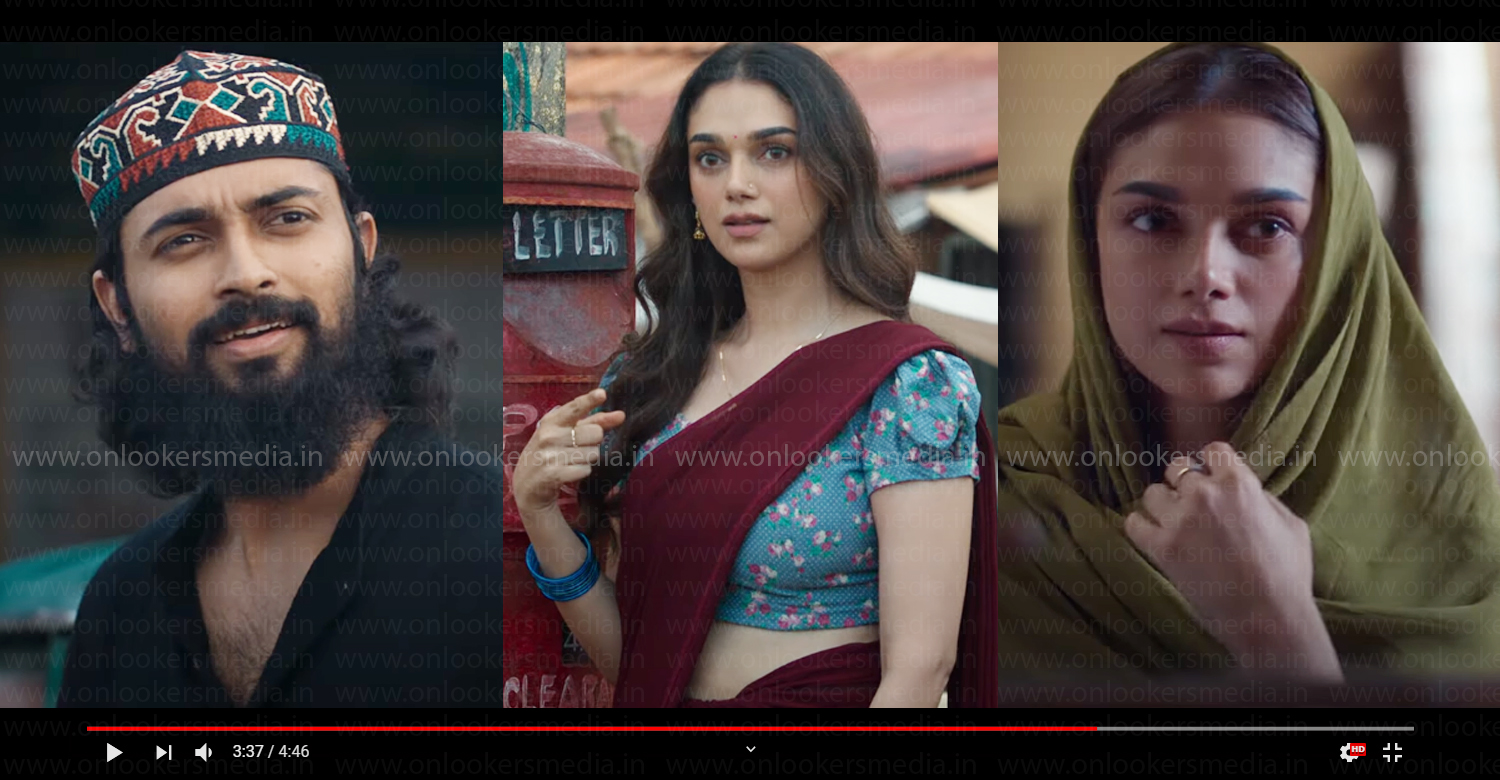 After releasing the trailer last day, the makers of ‘Sufiyum Sujathayum’ have now shared the first song online. South Indian stars Dulquer Salmaan, Karthi and Nani released the song through their respective social media handles. Titled as ‘Vathikkalu Vellaripravu’, it is a beautiful romantic song composed by M Jayachandran. Arjun Krishna, Nithya Mammen and Zia Ul Haq have lent their voices while lyrics is penned by BK Harinarayanam.

‘Sufiyum Sujathayum’ is a musical love story written and directed by Naranipuzha Shanavas. Jayasurya and Bollywood actress Aditi Rao Hydari play the lead roles. From the trailer, we can make out that the film is about a mute Hindu girl named Sujatha who falls in love with a Muslim man, who is into Sufism. However, their relationship makes way for communal tensions and the girl is married off to someone else. Jayasurya plays the husband’s character. Siddique, Hareesh Kanaran, Vijay Babu, Mamukkoya, Manikandan Pattambi, Kalaranjini and ‘Thamaasha’ fame Navas Vallikkunnu will be seen in supporting roles.

Produced by Vijay Babu’a Friday Film House, ‘Sufiyum Sujathayum’ is the first mainstream Malayalam film to get a direct OTT release. It is slated for worldwide premiere on Amazon Prime on July 3.