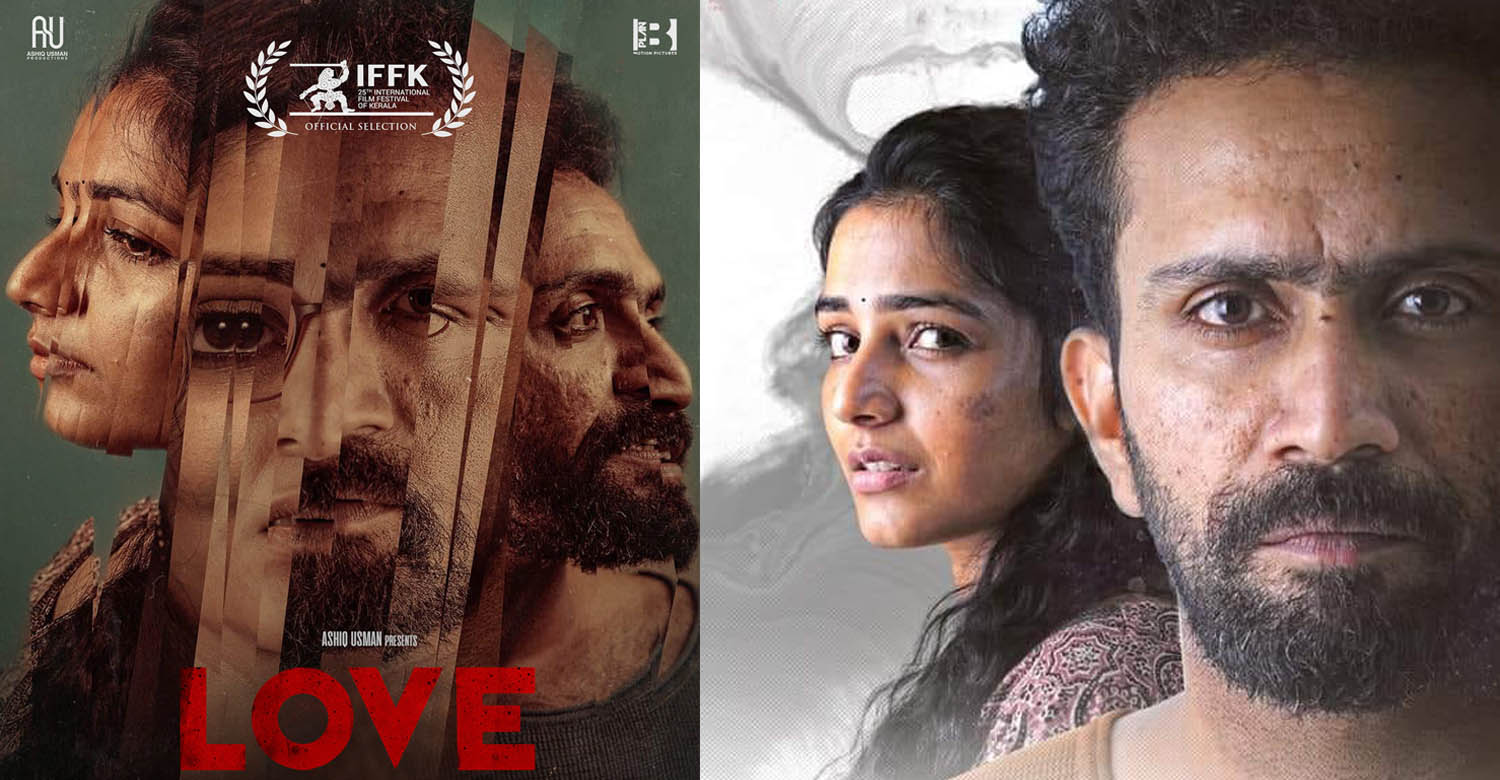 Kerala State Chalachitra Academy had recently announced the list of Indian films selected for screening at the 25th edition of the International Film Festival of Kerala (IFFK). From Malayalam, Lijo Jose Pellissery’s ‘Churuli’ and Jayaraj’s ‘Haasayam’ were selected in the International Competition section. Khalid Rahman’s ‘Love’ found a place in the Malayalam Cinema Today category.

The film starring Shine Tom Chacko and Rajisha Vijayan in the leads was among the first Indian films to be made and released in theatres during the pandemic days During the initial lockdown days, director Khalid Rahman shot the film with a small team. Along with Shine Tom and Rajisha Vijayan who play a couple, Sudhi Koppa, ‘Kettyolaan Ente Malakha’ fame Veena Nandakumar, Sudhi Koppa, Gokulan and Johny Antony are also part of the supporting cast.

Khalid Rahman and editor Noufal Abdullah have co-written the film, which is set entirely in an apartment complex. The director’s brother Jimshi Khalid handled the cinematography and music is done by Neha Nair and Yakzan Gary Pereira. The team shot the film in just around 20 days by following all the government protocols. It was later released in theatres in the Gulf region on October 15. It is incredible that a film made within such restrictions managed to make it to the prestigious film festival screening.

The authorities are planning to host the IFFK from February 12 to 19, if the COVID-19 pandemic eases. The festival, usually held in December every year, was postponed as the usual schedule was impossible in the current situation.