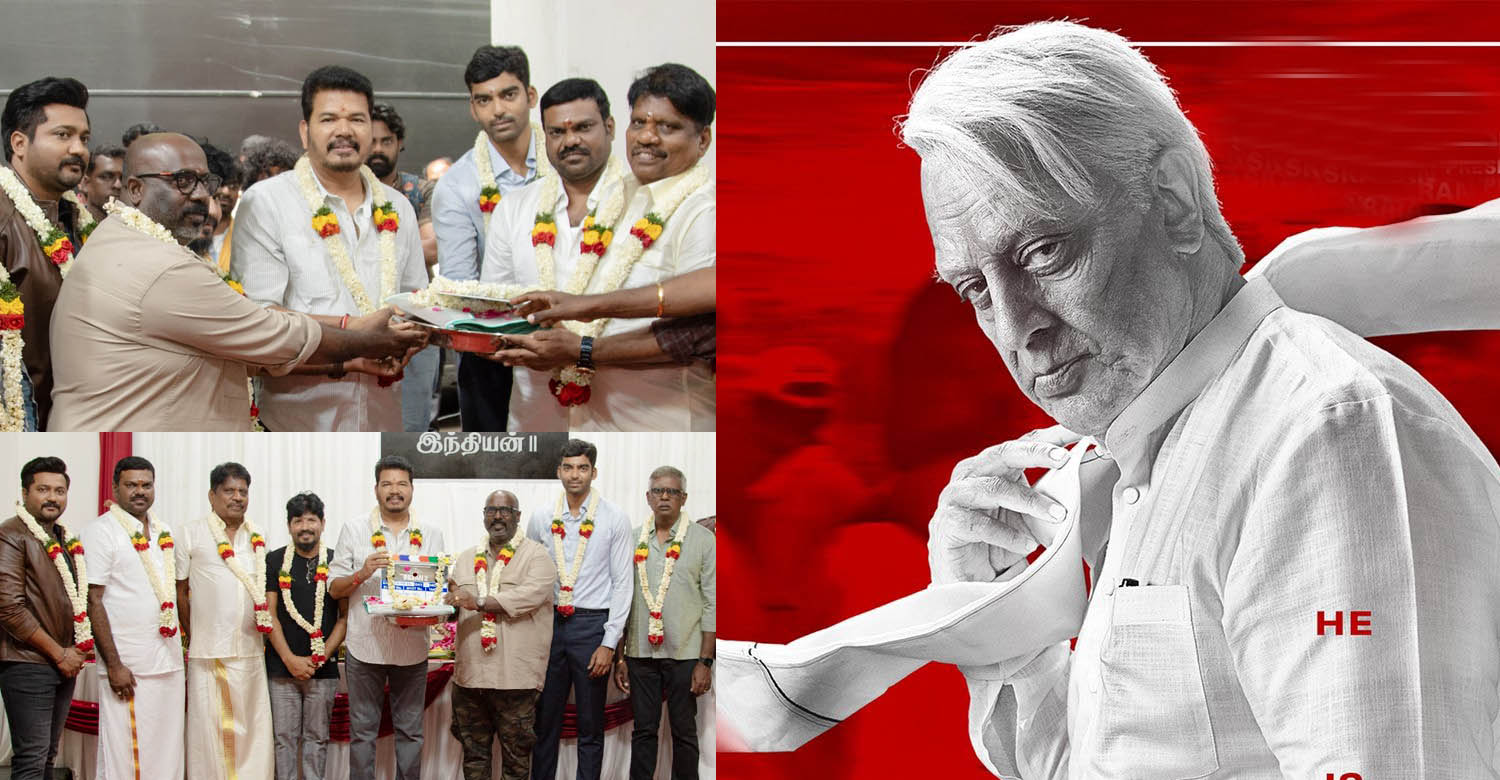 The much hyped Shankar-Kamal Haasan film ‘Indian 2’ has resumed filming today. The project has been revived after almost two years of being shelved. Apparently, the massive success of Kamal’s ‘Vikram’ has inspired the makers of ‘Indian 2’ to immediately resume the project.

‘Indian 2’ has its script by Shankar and dialogues by Jayamohan, Kabilan Vairamuthu and Lakshmi Saravana Kumar. The film has music scored by Anirudh, cinematography by Ravi Varman. Action choreography will be done by Ramazan Bulut, PeterHein and Anl Arasu. Veteran Sreekar Prasad will take care of the edits.

The film is produced by Lyca Productions in association with Udhayanidhi Stalin’s Red Giant Movies.

Suriya’s next with Siva launched
Shoot begins for Rajinikanth’s Jailer; First look out
To Top