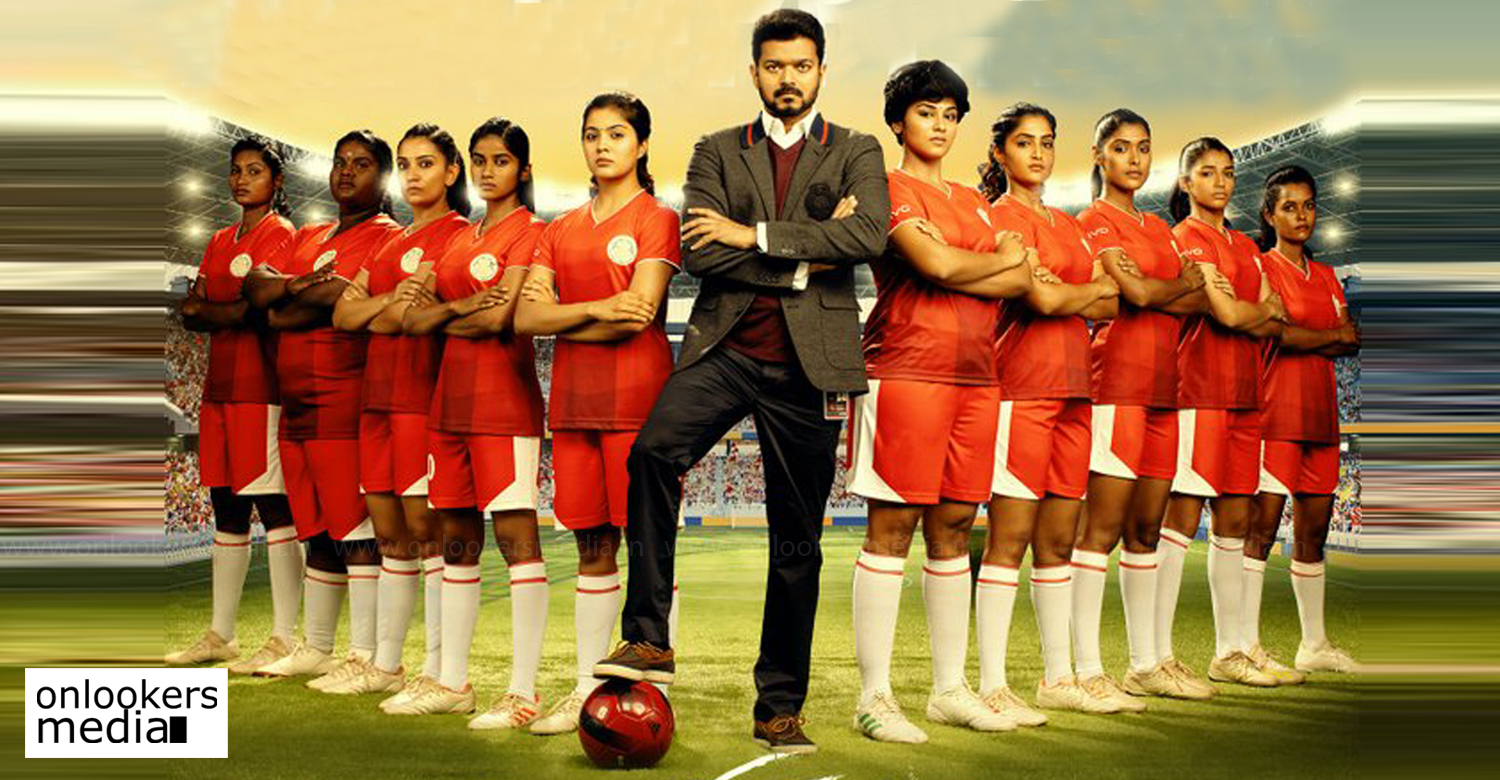 Singappenney: First single from Bigil set to be released

Recently, a song from Vijay’s upcoming movie ‘Bigil’ was leaked online. The makers have now decided to release the track officially. Titled as ‘Singappenney’, the song is penned by Vivek and composed by AR Rahman. It is expected to be an inspirational kind of song. It is dedicated to all the daughters of the country. The song will be out online on Tuesday (July 23).

‘Bigil’ directed by Atlee is among the most anticipated Tamil films of this year. The movie has Vijay dual playing a dual role as a gangster father and his football player son. It promises to be an action-packed mass entertainer with women’s football at its crux. Nayanthara is paired with Vijay. Veteran Bollywood actor Jackie Shroff, Kathir, Yogi Babu, Vivek, Induja, Varsha Bollamma and Reba Monica John, Daniel Balaji and Anand Raj will be seen in supporting roles.

AR Rahman has scored music for the movie and cinematography is by ‘Mersal’ fame GK Vishnu. ‘Bigil’ is scheduled for a grand Diwali release in October.