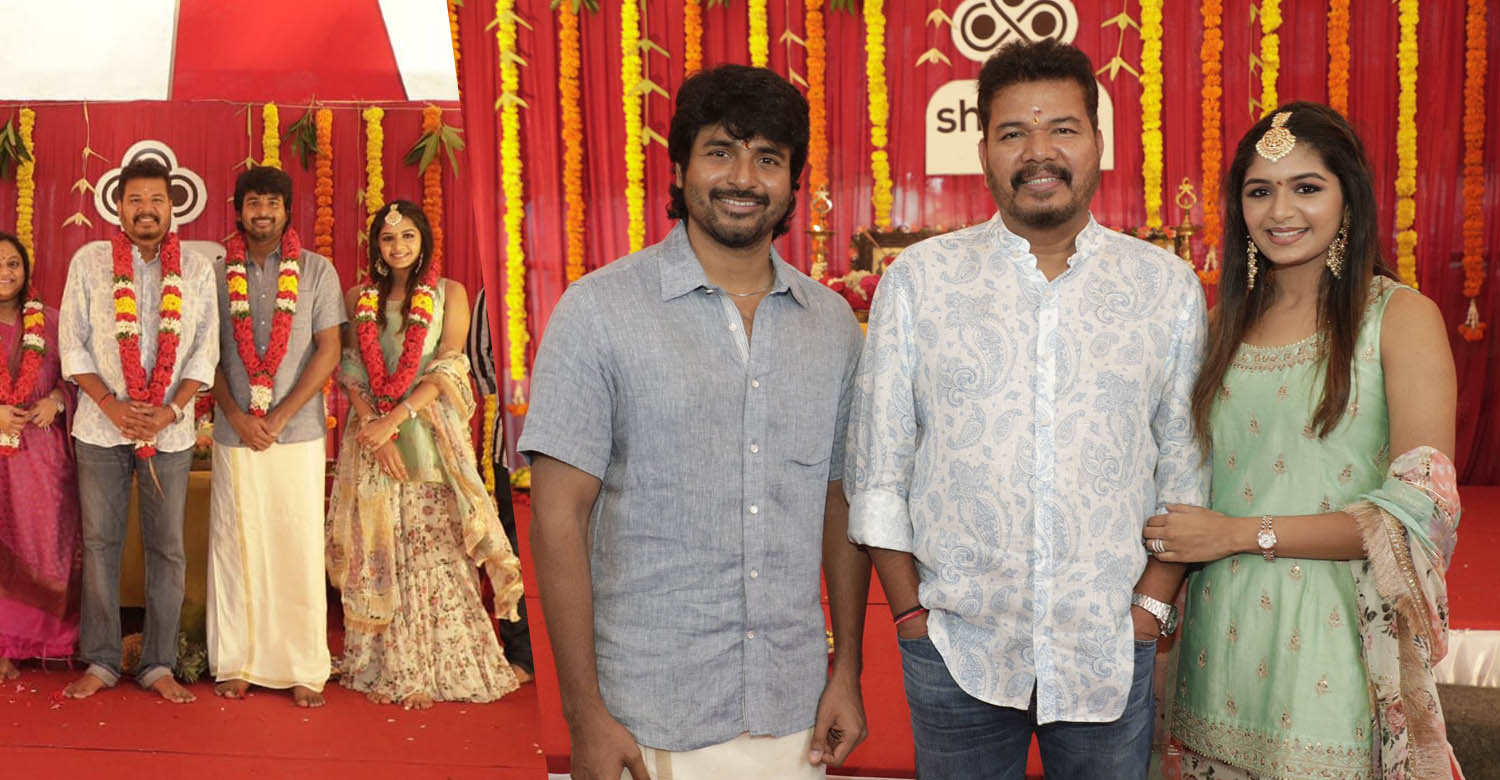 We had recently reported about Sivakarthikeyan teaming up with Madonne Ashwin of ‘Mandela’ fame for an action-thriller. The film titled ‘Maaveeran’ went on floors last day. Filmmaker Shankar’s daughter Aditi has been signed as the female lead. The actress is making her debut with the upcoming Karthi starrer ‘Viruman’.

The makers of ‘Maaveeran’ had earlier released a promo video which had Sivakarthikeyan getting beaten up by goons. He is then raised back up by strings from the shadow of a giant hand. The mysterious hand controls him like a puppet and fights all the men. When he regains his consciousness, Sivakarthikeyan shrugs off the strings and decides to fight them on his own. Though the teaser didn’t reveal anything about the plot, it certainly piqued the curiosity among many.

‘Maaveeran’ also stars filmmaker Mysskin and veteran actress Saritha in prominent roles. The latter is making her comeback to Tamil cinema after a long gap with this film. It has music by Bharath Sankar, cinematography by Vidhu Ayyanna and editing by Philomin Raj. Shanthi Talkies is producing the film, which has been planned as a Tamil-Telugu bilingual. It is titled as ‘Mahaveerudu’ in Telugu.