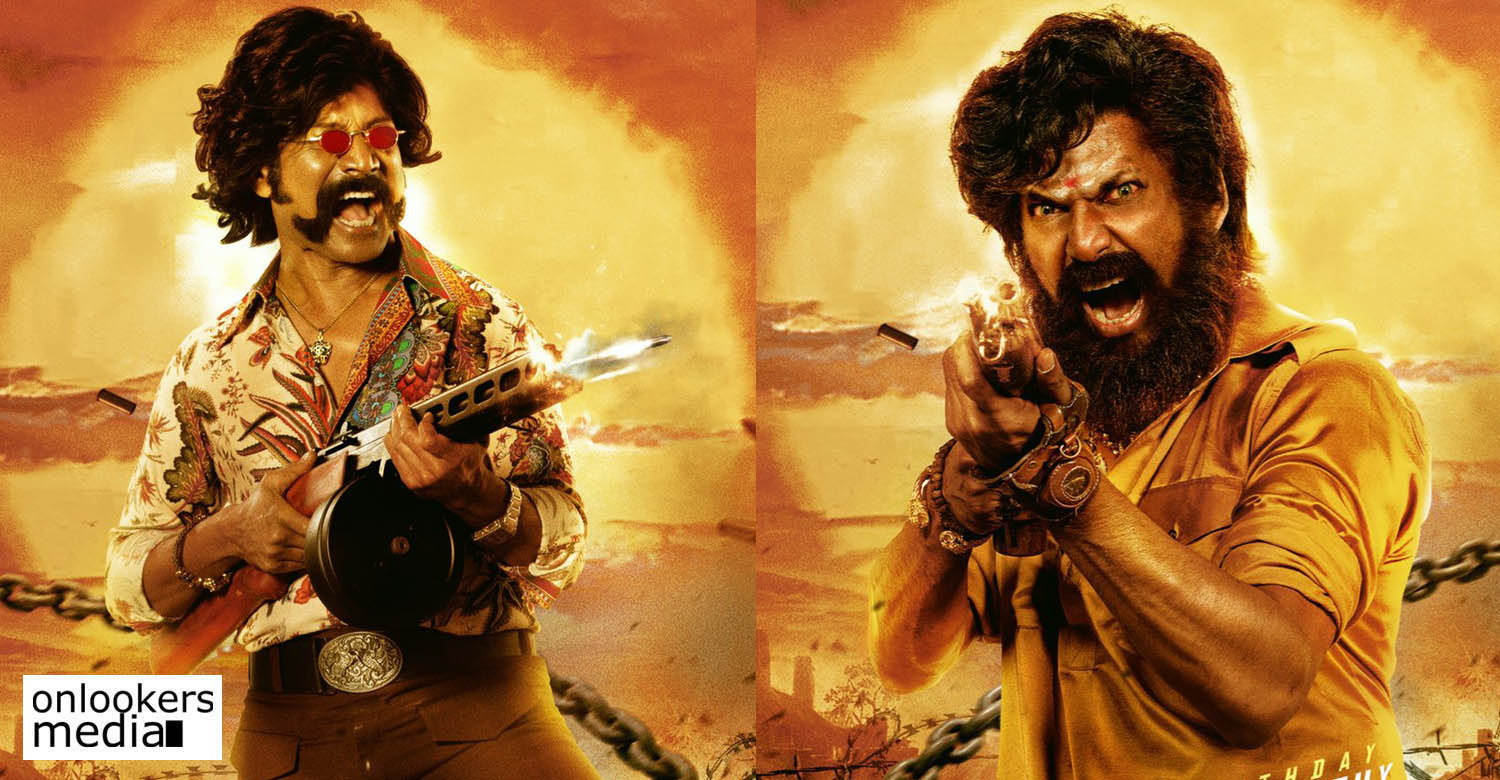 We had earlier reported about Vishal and SJ Suryah teaming up for Adhik Ravichandran’s ambitious film ‘Mark Antony’. It is planned as a pan-Indian project that will be released in Tamil, Telugu, Malayalam, Kannada and Hindi. Last day, the makers released SJ Suryah’s look in it. The actor looks almost unrecognizable in his new eccentric getup. Earlier, the makers had shared a similar poster featuring Vishal. The backdrop in both the posters suggests a period setting.

‘Mark Antony’ has RituVarma as the female lead. The film produced by Mini Studio Vinod Kumar has music scored by GV Prakash and cinematography by Abinandhan Ramanujam. More details are awaited.

SJ Suryah recently joined the shoot of the much-hyped Ram Charan-Shankar film ‘RC 15’. He is reportedly playing a very prominent role in it.