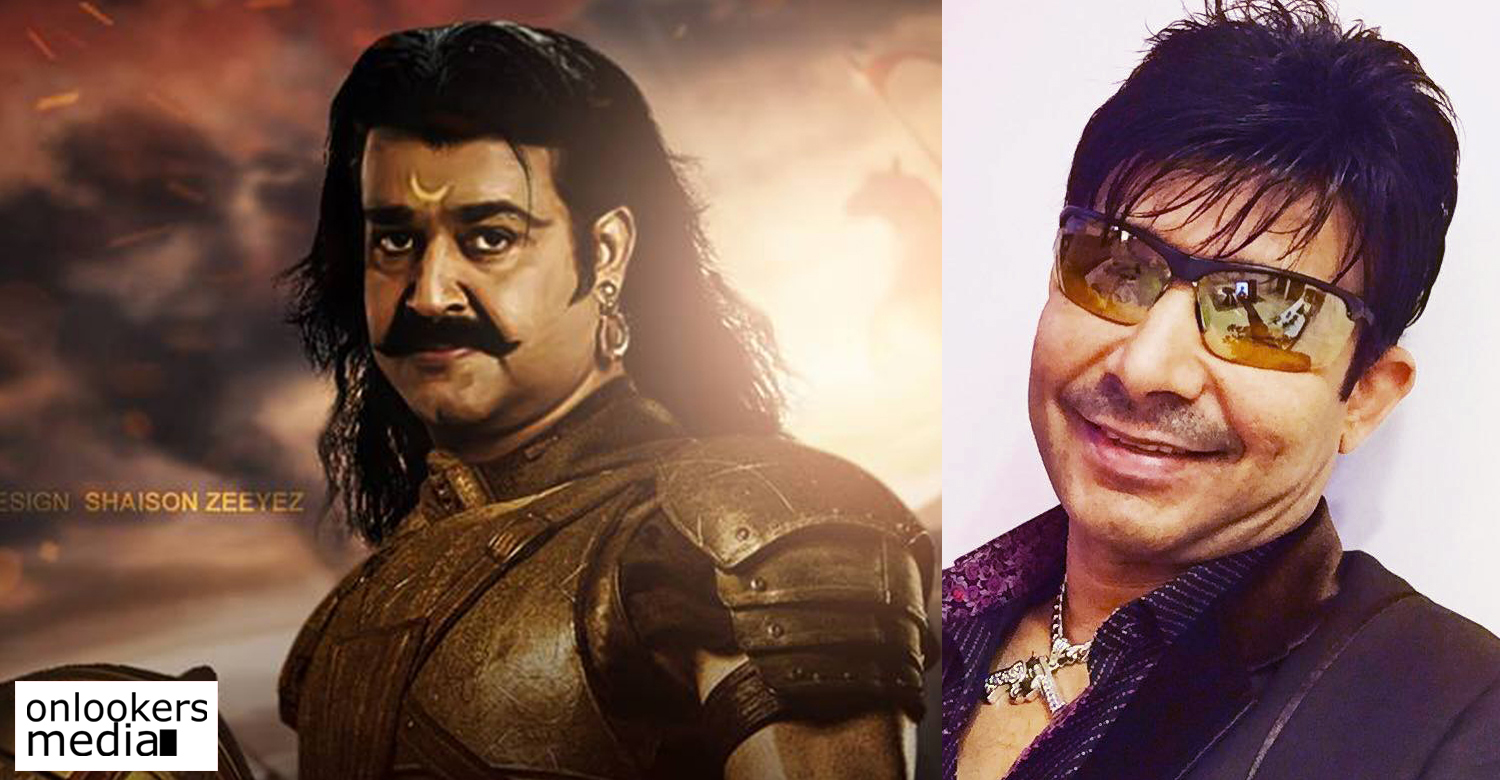 “Sreekrishna is from UP so is me”; KRK airs for Sreekrishna’s role in The Mahabharata

Mohanlal who had recently announced his biggie directed by VA Shrikumar Menon and funded by business tycoon BR Shetty for a whopping 1000 crores budget. The movie is a multilingual made in Hindi, Tamil, Telugu and foreign languages. It is the second costliest movie ever made in Asia and the costliest in India. Recently, Mohanlal had faced a plentiful abusive both on Twitter and Facebook from Bollywood star KRK aka Kamaal Rashid Khan.

The star had tweeted more than three times against the actor following the tweet comparing the actor to Chotta Bheem on basis if his size. In one of his tweets posted he also expressed his desire to play Sreekrishna in this Hindu epic.

His tweet read: “I would love to play role of Krishna in #Mahabharata because he was also from Mathura UP like I am from UP”

The star is a native of Uttar Pradesh so is Sreekrishna, so he feels that he should be picked in to play the role of this epic character. The actor who had criticized the complete actor earlier many a times felt free to express his deepest of desires. He never aims for a small role comprising a soldier or so, he wants to play one of the pivotal roles in the movie. Ridiculous!

We had seen the fans of both Mohanlal and Mammootty responding with abusive comments and posts against KRK earlier. We are yet to know how the fans are starting to respond against this tweet posted recently. Earlier the director of The Mahabharata VA Shrikumar had expressed his dream of casting Hrithik Roshan or Mahesh Babu as Sreekrishna. The final cast list of the movie is yet to be published by the crew.

First look poster of Thondimuthalum Driksakshiyum out!
“Prithviraj had to learn flight instrumentation for Vimanam” says the crew
To Top