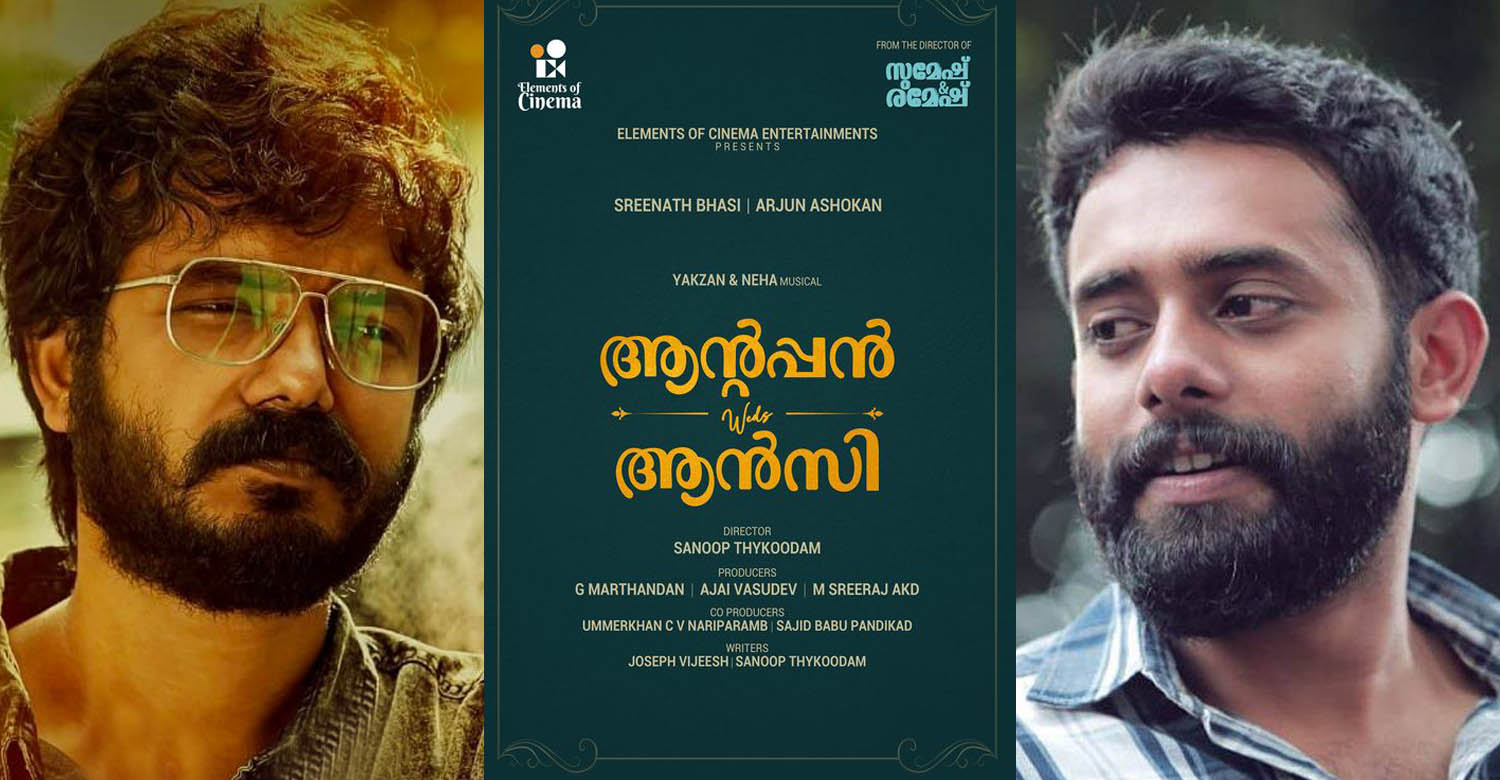 Actors Sreenath Bhasi and Arjun Ashokan are teaming up for a new film titled ‘Antappan Weds Ancy’. Megastar Mammootty announced the film through his social media handle. The film is directed by Sanoop Thykoodam and produced by Ajai Vasudev, G Marthandan and M Sreeraj AKD.

Sharing the title poster in his Facebook page, Mammootty wrote,

Director Sanoop Thykoodam made his debut with the fun entertainer ‘Sumesh & Ramesh’, which also had Sreenath Bhasi as one of the leads. Arjun Ashokan had essayed a cameo role in the film. Joseph Vijeesh, who co-wrote Sanoop’s directorial debut is part of this film as well. Similarly, the composer duo of Neha Nair and Yakzan Gary Pereira have also been retained for this film.

From the title, ‘Antappan Weds Ancy’ looks like a fun, youthful entertainer. It has been confirmed that the film set in Chellanam is based on true incidents. The makers are expected to reveal more details in the coming days.