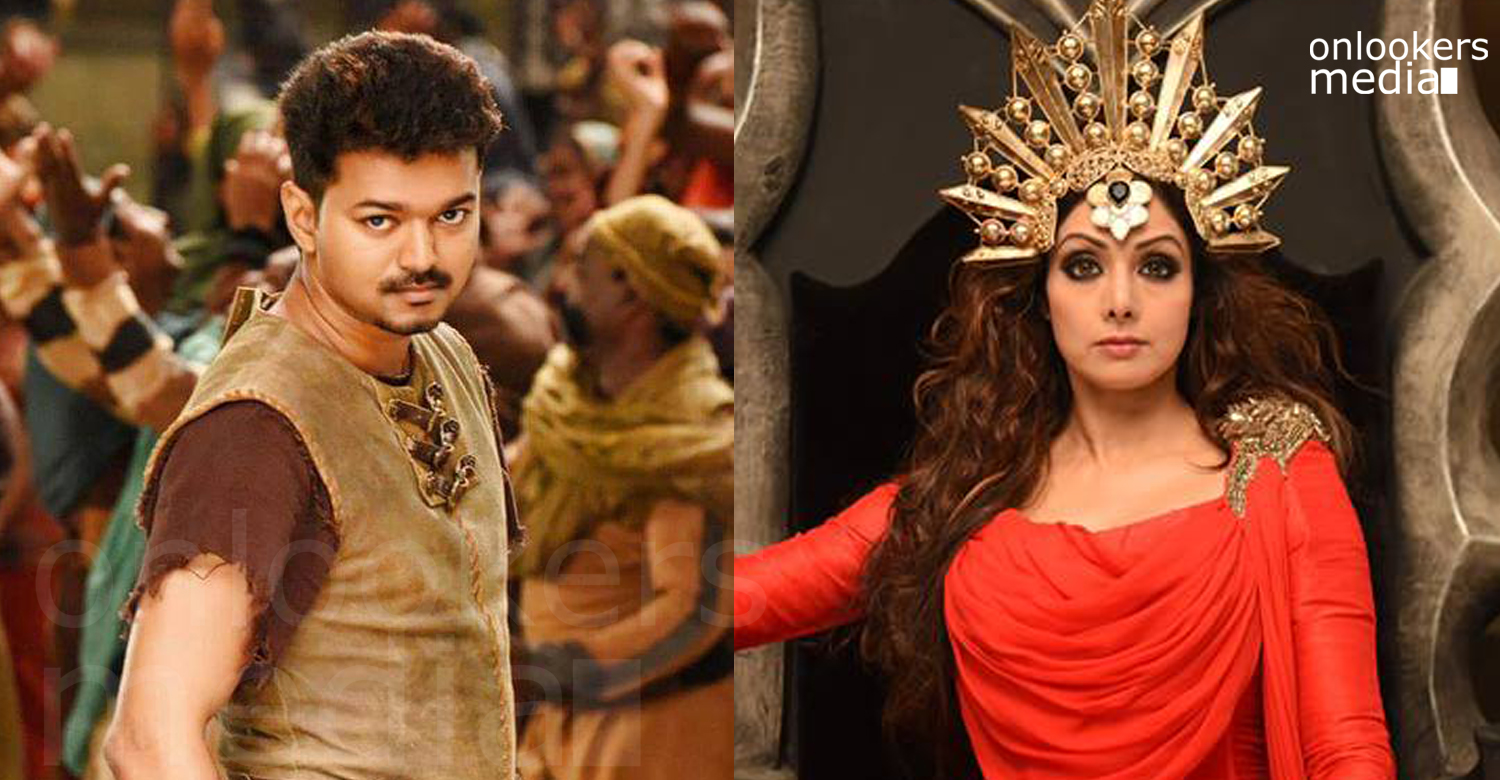 Vijay starrer flick Puli is again and again making news but sadly for all the wrong reasons. Earlier it was in the news for the raid happened prior to its release in the house of Vijay. Then it again came in news as it had received a serious setback in box office with complete negative reviews from all around. Its whopping 120 crore budget had made it a big flop in theaters and that made it again to the news headlines as it had turned out to be a great loss for distributors in Tamilnadu. They had approached Vijay to compensate the loss they had to suffer which is as per reports, a big 7.5 crores.

Then came the latest one regarding the remuneration of actress Sridevi who had played a key role in the film along with Vijay. She said that the financers of the film had cheated her by not giving the lakhs balance amount of her remuneration and she had filed a complaint against them as well in the Tamilnadu producers association. But now things had taken a different turn altogether as the financers of the film says that due to Sreedevi they had to suffer a great financial loss.

The financers of this film, PT Selva Kumar and Shibu Thameens says that it was Sreedevi who has to give money back to them. They said that her argument was not at all right. They said that they had given rupees 2.7 crore rupees to her including the service tax of 30 lakhs. But when the film is dubbed to Hindi and Telugu, her husband Boney Kapoor demanded more money from them as satellite rate of different languages and they had given 55 lakhs for Hindi version and 15 lakhs for Telugu version as well to her. As per her demand they also bring a costume designer from Hindi, named Maneesh Malhotra which cost them 50 lakhs and they also give 8 lakhs to the Hindi promoters of the film as per her demand.

They says that due to her they lost crores of rupees and even after all that she did not came to attend even the audio release of the film. Things had taken a turn now and everybody is waiting for the response of Sreedevi on this accusation of the financers of the film.