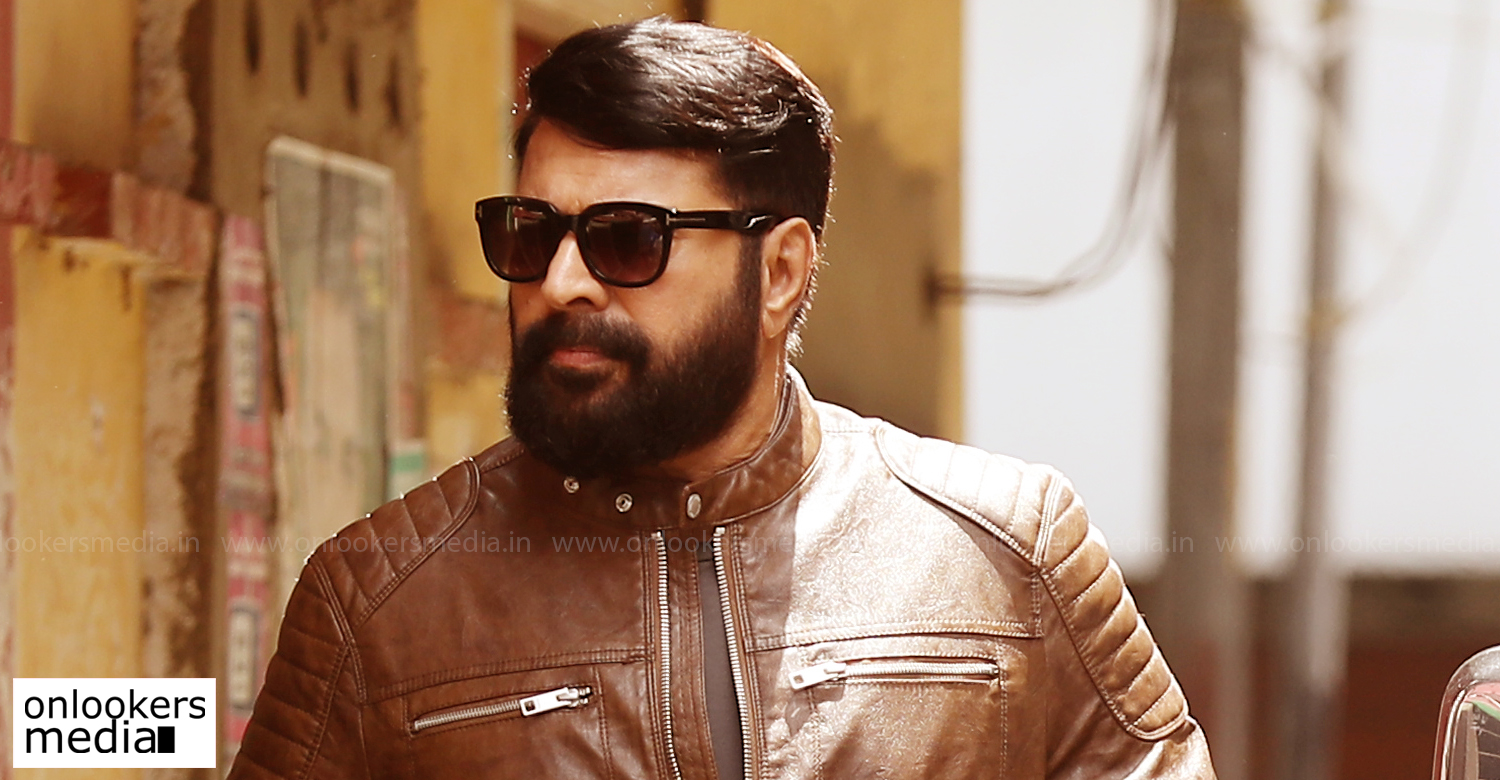 Megastar Mammootty’s most awaited movie in recent years, The Great Father is finally hitting screens all over Kerala on March 30. The movie is highly anticipated by the fans and is expected to have a massive opening.

Mammootty is playing the role of David Ninan in the movie, directed by newbie Haneef Adeni. The teasers and promos suggest that it will be a stylish mass movie with enough moments for the fans to enjoy watching the megastar on big screen in all his glory.

A source close to the unit inform that the climax portions of the movie will have a stunning fight sequence. Mammootty is said to have performed some daredevilry stunts for these scenes. Arya, who is playing the role of Andrews Eapen in the movie had earlier in an interview said that he was amazed on seeing the 65 year old superstar perform stunts without any body doubles.

The actor, earlier in an interview had said, “The first thing I noticed in Mammootty is the energy in him and his well maintained physique. He exercises daily without any failure and that is one of the major reasons that help in performing stunts even at this age. I don’t like doing rope stunts as they are physically very tiring but he is game for it and that too without using any dupes. One instance that is worth a mention was the stunt in the climax sequence. We were shooting in Vagamon then. I saw him practicing for that stunt many times. He did not want any dupes and tried it himself many times before getting it perfect. Both his hands were tied from behind, he had to jump and get his hands in the front. It is the kind of stunt that people like Jackie Chan perform. I was amazed while watching Mammootty perform this scene.”