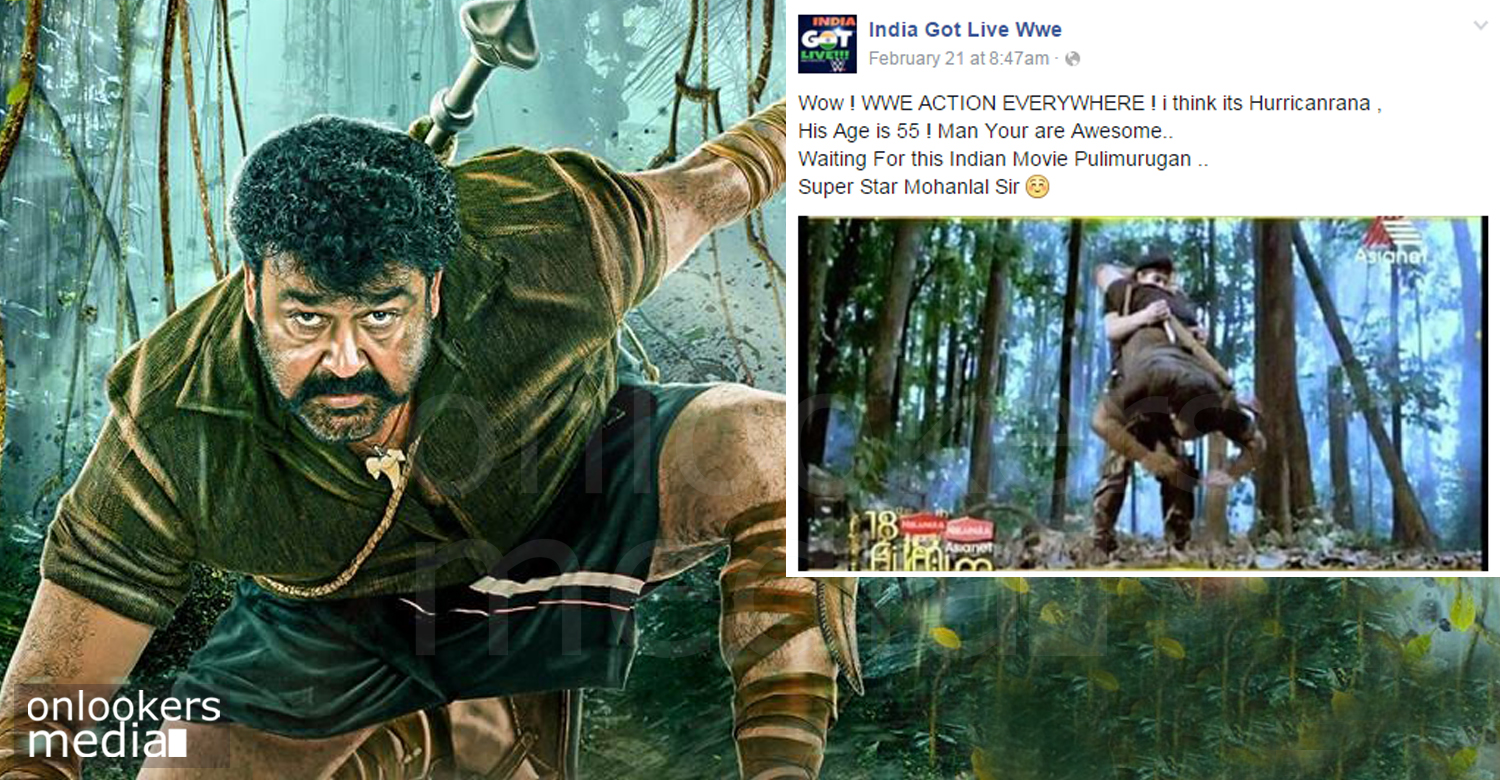 Stunt sequence of Mohanlal from Pulimurugan is trending all over !

Mollywood film lovers are eagerly waiting for a film from last year or may be from the time of its announcement. It had generated that much anticipation from its very start and it is none other than Pulimurugan starred by the biggest mass hero ever in Mollywood, Mohanlal. This Vysakh directorial big budget film is in its final stage of production as per reports and it will grace the screens on this coming Ramzan month. But every minute details that comes out about the film, is trending now all over social media. The latest one is a 2 second shot from the film that had come out through Asianet Film Awards 2016 video.

Indian’s best stunt master Peter Hein is the action choreographer of this film which has great importance to action scenes. Mohanlal had did all the fight in this film without dupes as well. But the team of the film is shooting the film in utmost secrecy and they are not letting out even shooting spot pictures from the sets apart from the odd leaked ones that comes through some fan pages. Only the first look poster is the one that came out officially yet.

But in Asianet Film Awards function of this year, while they were showing a video about Peter Hein to honor him, they given a 2-3 second glimpse of an action scene in which Mohanlal and peter Hein is doing an action sequence and it was a breath taking sequence as well. Now, that screen shot has been trending all over social media and even outside Kerala, people took notice of that.

The action scene has similarities with Hurricaranna movements in WWE and even one of their fan pages is saluting Mohanlal. They are saying Mohanlal is just awesome as he did that move in this age of 55. They also said they are also eagerly waiting to see that stunt sequence on big screen and love to see it in an Indian film as well. Puli Murugan on the way and get ready for something very big.

Theri had done a better pre-release business than Kabali !
I never desired to make Malayalam cinema to revolve around me, says Mohanlal !
To Top