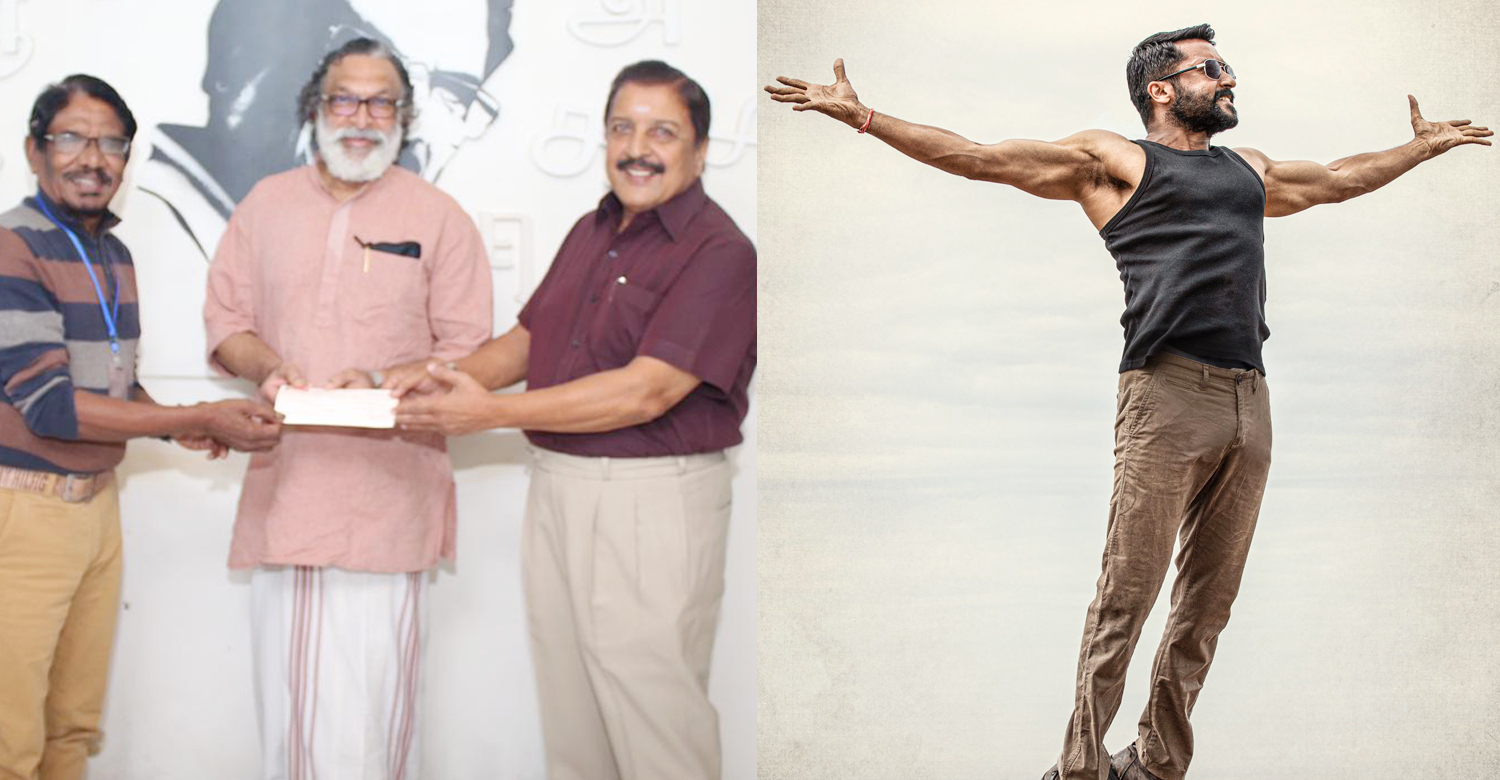 The announcement regarding Suriya’s highly-anticipated film ‘Soorarai Pottru’ releasing directly in Amazon Prime was met with mixed response. While fans were disappointed that they won’t be able to enjoy the film in a theatrical ambience, theatre owners and distributors in Tamil Nadu also expressed in displeasure in a big-star film like ‘Soorarai Pottru’ opting for an OTT release.

Suriya, who is also one the film’s producers, assured that he will be contributing a sum of Rs 5 crores from the profits of ‘Soorarai Pottru’ for the welfare of people in the film industry. As a first step, the actor has donated 1.5 crores to various film bodies. Suriya’s father Sivakumar personally handed over the cheques. Rs 80 lakhs was donated for FEFSI workers and Rs 20 lakhs to TANTIS (directors union). His contributed another 30 lakhs to Tamil Film Producers council (TFPC) and Rs 20 lakhs to the actors’ body, Nadigar Sangam.

‘Soorarai Pottru’ is scheduled to have its world premier on October 30. As announced by the makers, the film will be streaming in over 200 countries across the world.

Kannum Kannum Kollaiyadithaal director Desingh Periyasamy’s next is with Sivakarthikeyan
Rajisha Vijayan to star in a new sports-based film; Here’s the first look of Kho Kho!
To Top