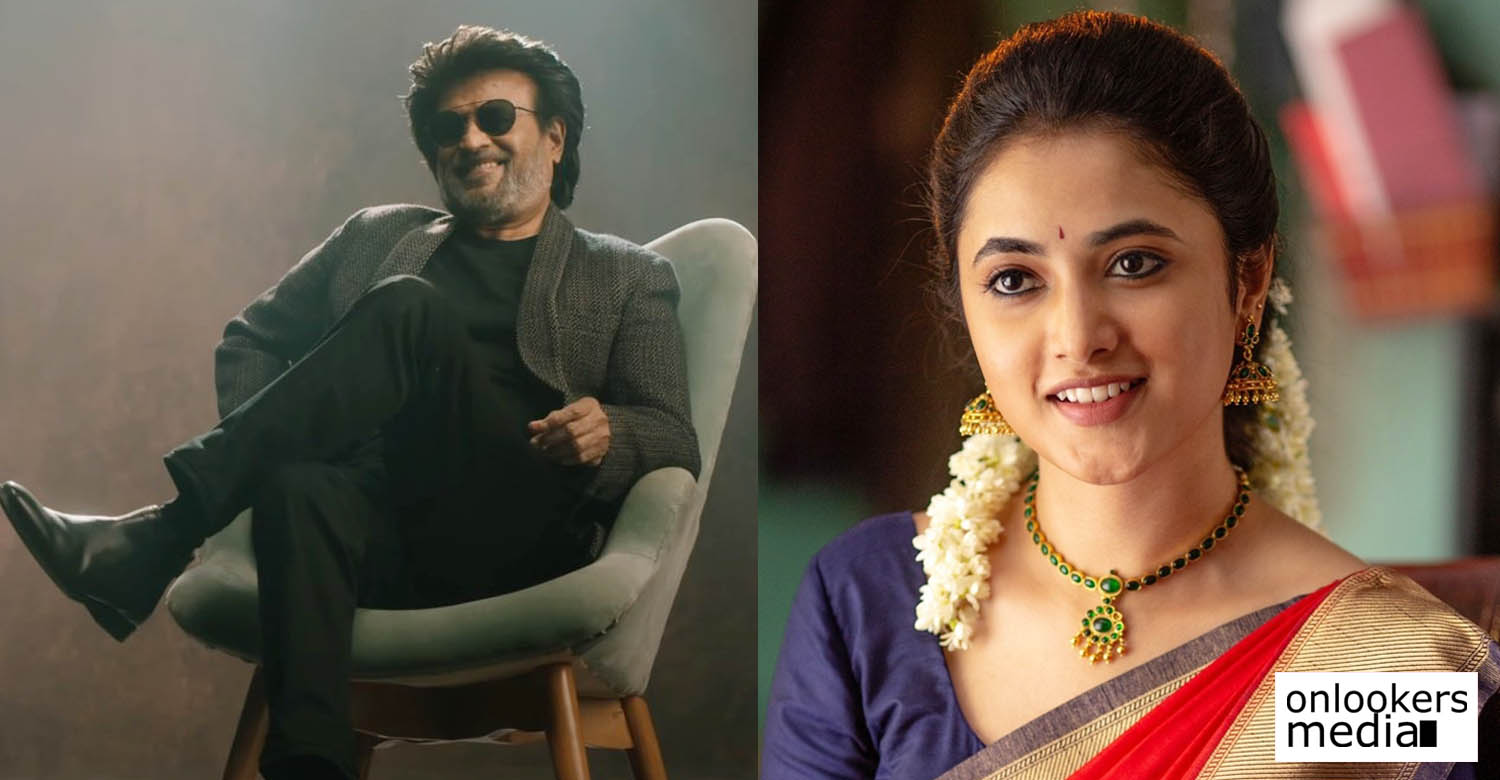 Superstar Rajinikanth’s next film, tentatively titled ‘Thalaivar 169’, is set to be directed by Nelson Dilipkumar of ‘Doctor’ fame. Sun Pictures is producing the film, which has Anirudh Ravichander as the music director. Latest buzz is that Priyanka Mohan has been signed for the film. Though she won’t be paired with Rajinikanth, it is said to be an important role.

Priyanka, who made an impressive debut with the Telugu film ‘Gang Leader’, made her Tamil debut with Nelson’s ‘Doctor’. Her second outing was the recently-released ‘Etharkkum Thunindhavan’ in which she was paired with Suriya.

‘Thalaivar 169’ is still in its initial stages with no details regarding its genre or storyline revealed yet. The film will go on floors only after Nelson wraps up works on his upcoming biggie ‘Beast’ starring Vijay. The film, also produced by Sun Pictures, is set to hit screens on April 14.