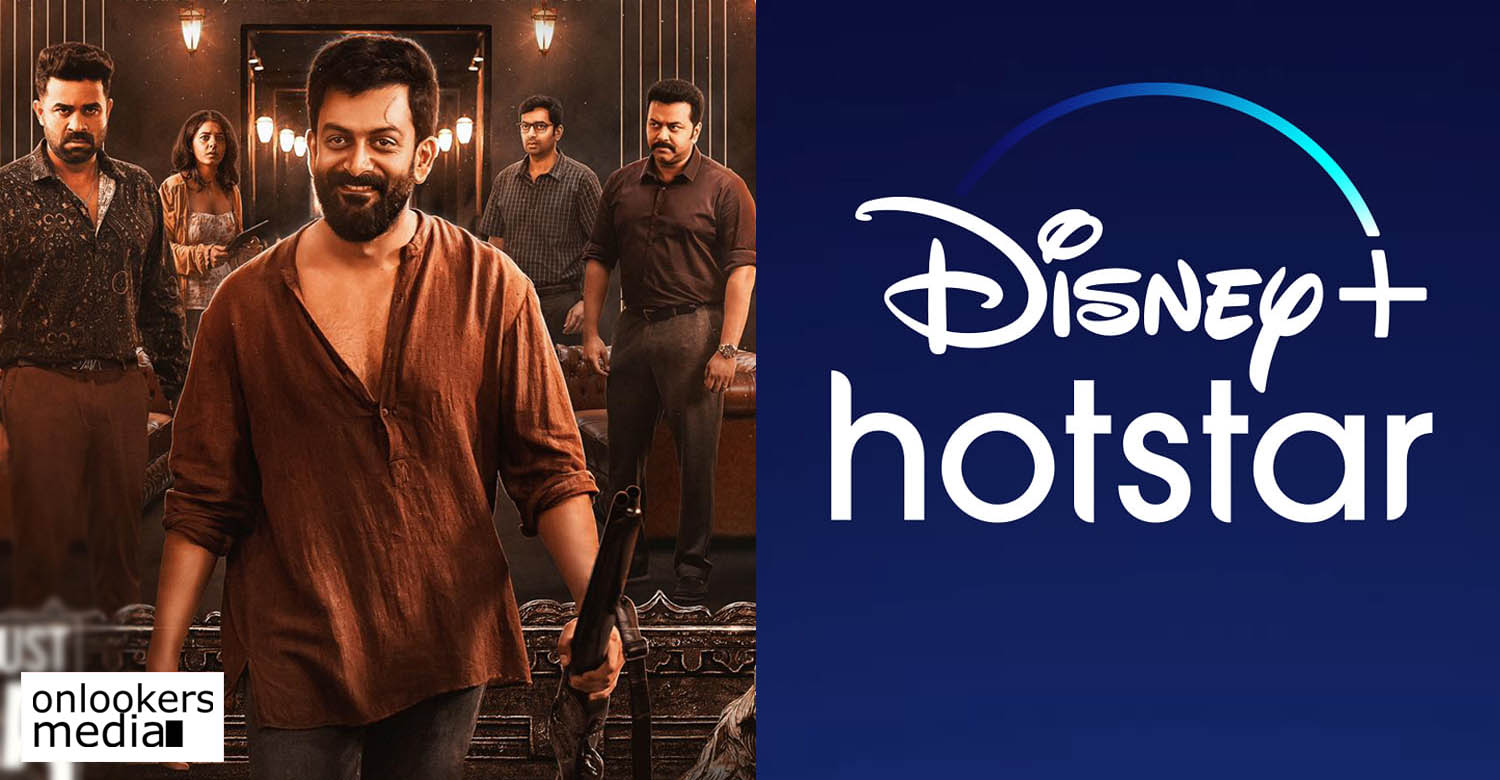 Theerppu to have its digital premiere on Hotstar

Rathish Ambat’s ‘Theerppu’ is set to have its OTT premiere on Hotstar shortly. The streamer will be announcing the release date soon. ‘Theerppu’, which marks the reunion of ‘Kammarasambhavam’ duo of writer Murali Gopy and Rathish Ambat, hit screens on August 25.

The film has a star-studded lead cast comprising of Prithviraj Sukumaran, Indrajith Sukumaran, Isha Talwar, Saiju Kurup, Vijay Babu and Hannah Reji Koshy. Actors like Lukman and Siddique essay other supporting roles. Though the film got released amidst high expectations, it failed to live up. The general response was lukewarm and it eventually tanked at the box office. It remains to be seen if the film finds it true audience after the OTT release.

‘Theerppu’ has Sunil KS as the cinematographer and Gopi Sunder composing the background score. Murali Gopy also composed the songs and penned the lyrics. The film is jointly produced by Rathish Ambat, Murali Gopy and Vijay Babu.