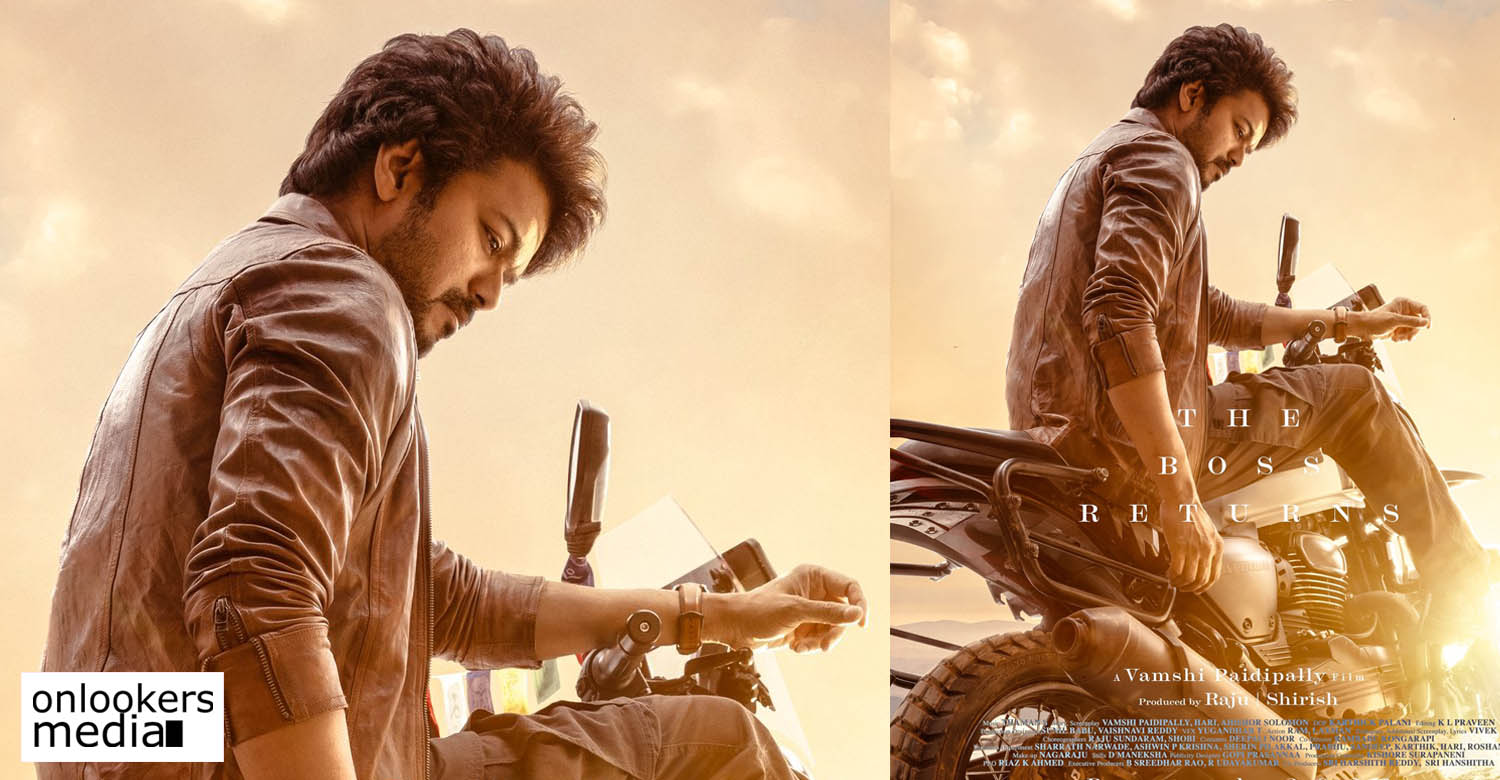 As announced earlier, the makers of Vijay’s upcoming film ‘Varisu’ released the third look last evening. The poster features Vijay sitting on a sporty bike. While the first look had him all suited up, he was seen travelling on the back of a lorry along with a bunch of kids in the second look.

‘Varisu’ directed by Vamshi Paidipally is touted to be a family-based mass entertainer. Rashmika Mandanna is paired with Vijay in the film. Sarath Kumar, Prabhu, Prakash Raj, Srikanth, Khusboo, Sangeetha, Shaam and Jayasudha will be seen in other prominent roles. Director Vamshi has scripted the film along with Hari and Ahishor Solomon. It is produced by Dil Raju and Sirish under Sri Venkateswara Creations. Karthik Palani is the cinematographer and edits will be handled by Praveen KL.

As confirmed by the makers, ‘Varisu’ will be hitting screens for Pongal 2023.

First look of 19 (1)(a) starring Vijay Sethupathi, Nithya Menen out
Vikram overtakes Baahubali 2 to become the all time highest grosser in Tamil Nadu
To Top