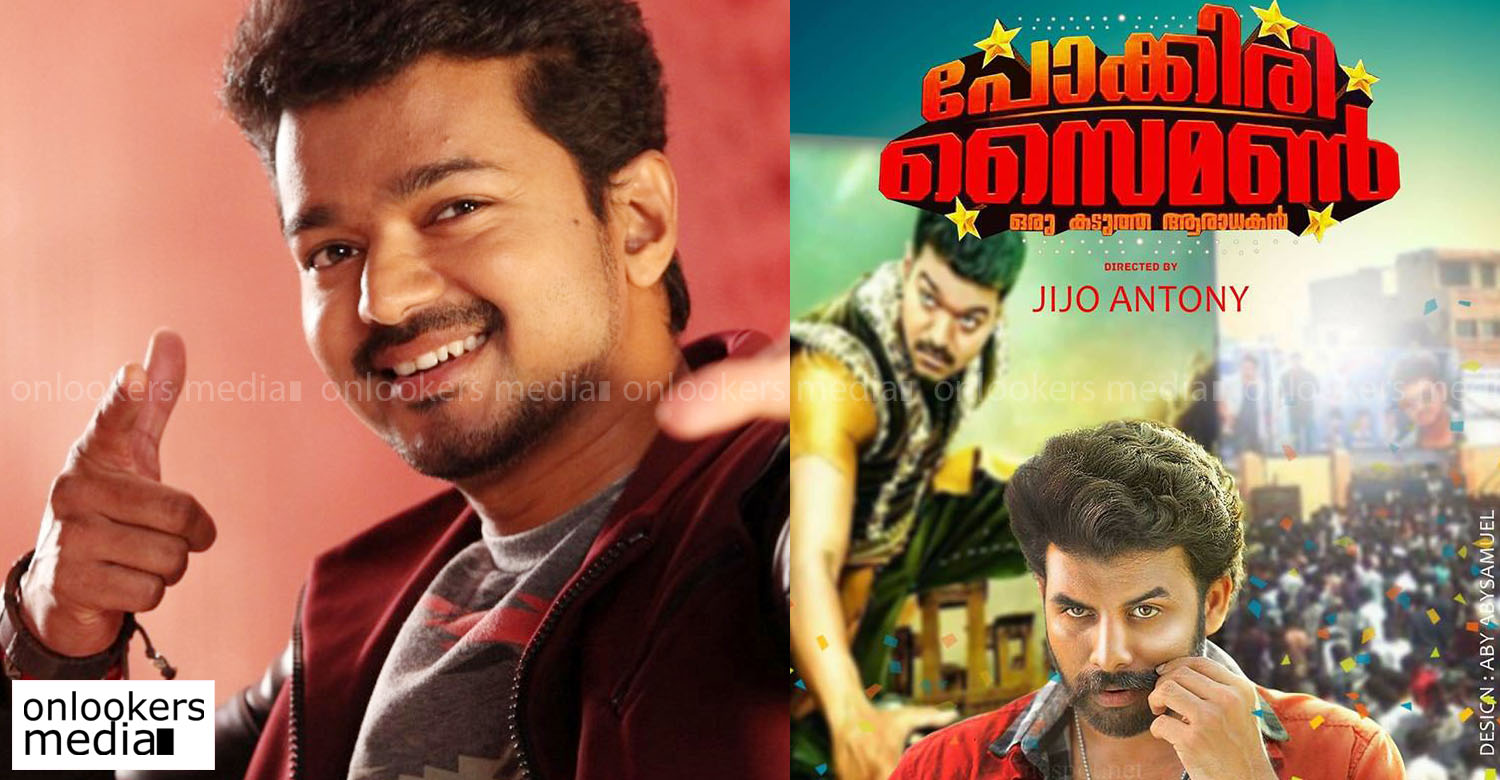 Vijay to do a guest role in Pokkiri Simon : Oru Kaduththa Aaradhakan?

Sunny Wayne is currently shooting for Jijo Antony’s Pokkiri Simon : Oru Kaduththa Aaradhakan. The movie written by K Ambadi is a story about an hardcore Vijay fan and Sunny will be playing the titular role in the movie.

We have heard about an exciting information from the movie’s camp. Ilayathalapathy Vijay is touted to be playing a guest role in the movie. According to our sources, Vijay will be appearing as himslef for a movie’s promotion in Kerala when Sunny Wayne’s character gets a chance to meet and shook hands with him.

Pokkiri Simon- Oru Kaduththa Aaraadhakan will focus on the energy, angst, pain, laughter, actions and pain in the life of a hardcore Vijay fan. It will be an out and out colorful entertainer.

Krishnan Sethukumar is producing this movie under the banner Srivari Films. Gopi Sunder is handling the music department for this commercial entertainer.

Baahubali 2 : The Conclusion released in 6500 screens across India
Rakshadikari Baiju Oppu holds steady even amidst the Baahuabli wave
To Top