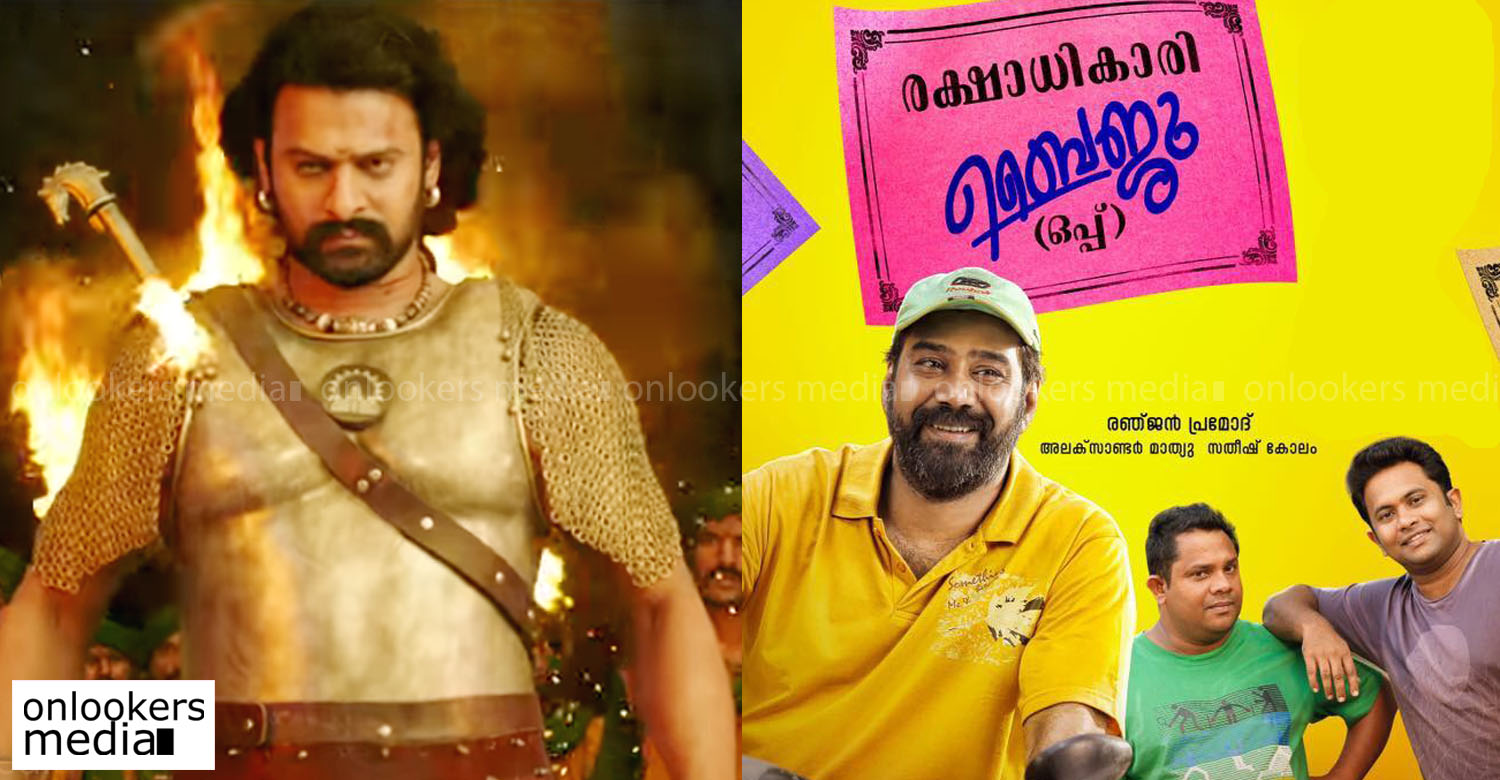 Rakshadikari Baiju Oppu holds steady even amidst the Baahuabli wave

The most awaited Indian movie of the year, Baahubali 2: The Conclusion has finally released today. The movie has opened to extraordinary response from all the release centres. Baahuabli 2 has been allotted a whopping 300 screens all over Kerala, which is a record for a non-Malayalam film in Kerala.

Theatres have removed many superstar movies to pave way for Baahuabli but one film that is still going strong is Rakshadikari Baiju Oppu starring Biju Menon in the lead. It is not often that a movie sans any big names in the cast and crew getting such a great response from the audience.

Rakshadikari Baiju Oppu is running to houseful shows in many centres especially in the multiplexes. Baahuabli’s release has come in as a blessing in disguise for Rakshadikari Baiju as those who have failed to get tickets for Baahuabli are opting to watch the Biju Menon starrer.

The movie, directed by Ranjan Pramod is a thorough commercial entertainer that can be enjoyed wholeheartedly with families. It is the good old Malayalam movie kind with a feel good element. Critics have also rated it very highly with a special mention to the director’s idea to use the sync sound technique that has further enhanced the realistic feel of the movie.